How to setup VLAN from Mac OS Mojave using terminal

I need to create a VLAN in order to be able to ssh from my macbook to another computer(Comp1). My macbook is connected to this computer(Comp1) peer to peer using ethernet cable.

If this computer(Comp1) was connected to my ubuntu machine, I would have to run the following commands in ubuntu to create a VLAN and subsequently ssh in to the computer(Comp1).

Now I want an equivalent of the above commands for macbook. Man page for 'ifconfig' shows me 'vlan' as an option but it doesn't have enough detail for me to infer the command.

Most of the searches I did with regards to "VLAN setup in macbook" I found instructions that showed the way to configure VLAN using the UI. That is: System Preferences -> Network -> (left bottom gear)->Manage Virtual Interfaces -> (+) -> New VLAN... -> set VLAN name, Tag, Interface. 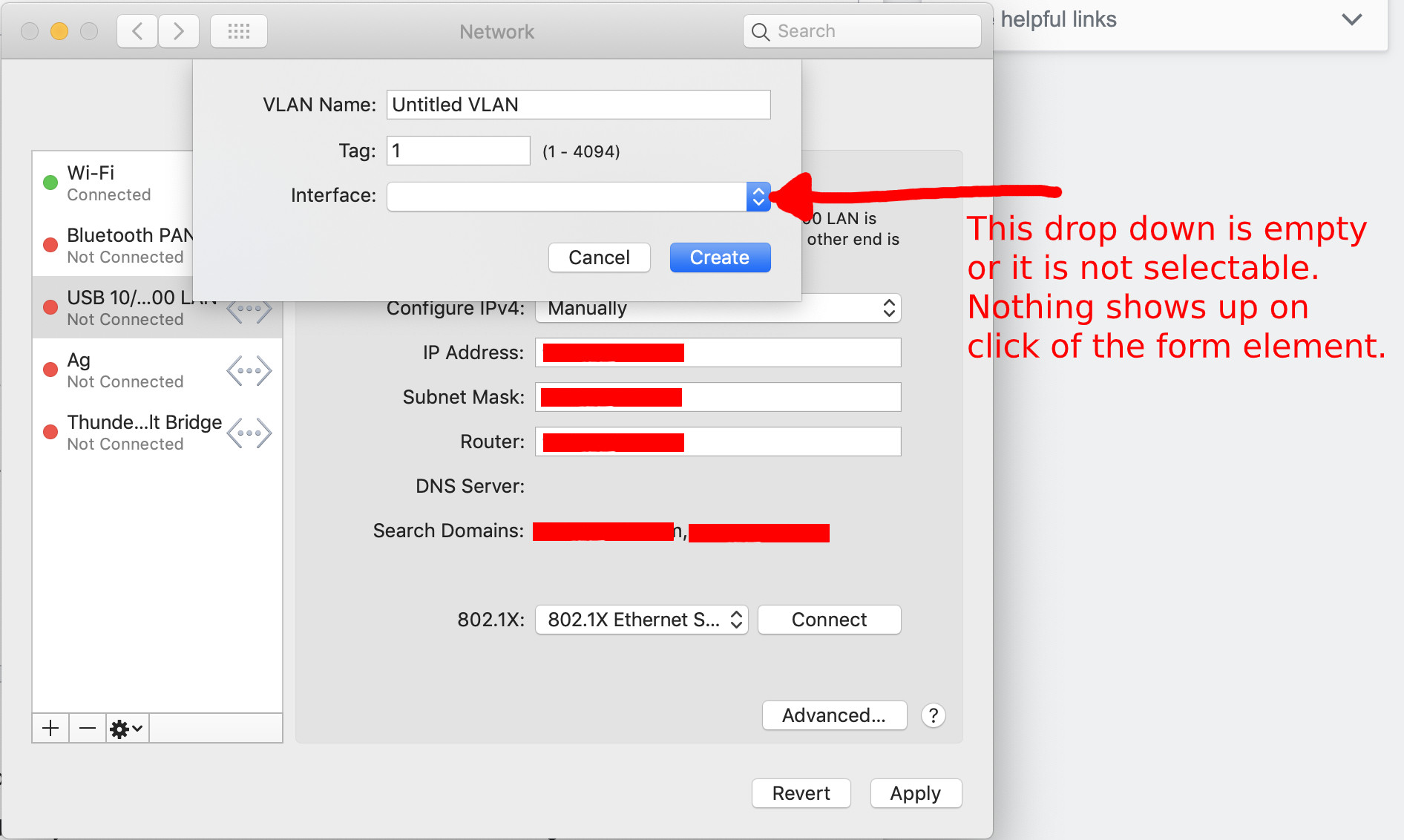 Therefore this is the main reason why I am looking to find the command line way of creating VLAN in mac.

So in short, since the UI way of creating VLAN is broken for some reason, I want to create VLAN using terminal command on my macbook. How can I do that?

RoseRose
10111 bronze badge
New contributor
Rose is a new contributor to this site. Take care in asking for clarification, commenting, and answering. Check out our Code of Conduct.
add a comment  |