I have a 7 year old Dell XPS13 laptop. Since it was a better than average laptop and I was still happy with the performance, last year I upgraded the SSD and installed Windows 10.

The display occasionally goes crazy. But, it only happens on battery power. And, it usually happens when I move the mouse, it won't happen if I'm not touching it. It always fixes itself after a few seconds. But, moving the mouse again will often cause it to reoccur.

I made sure that the display driver was the latest. A driver issue might behave like this, but why does it only occur when I am on battery power?

Here is a phone capture. My desktop is normally blue. Sometimes the entire screen is severely distorted. It was like this for a few seconds, then it fixed itself.

One possible solution is to get a new battery. I might do this if there was some anecdotal evidence supporting this solution. 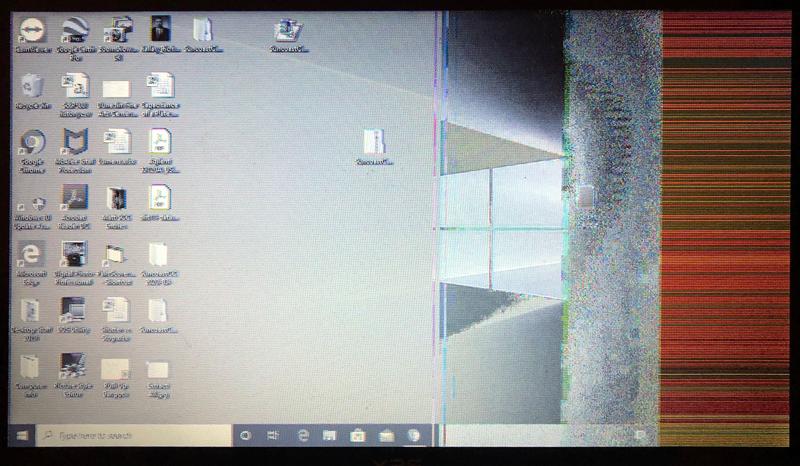 Still happens if power cable is plugged into PC, but unplugged from wall.

Browse other questions tagged windows-10 laptop battery or ask your own question.