I used to have a simple setup with two raspberry pi's, where the one in my house acts as a wireguard client with a wireless AP and forwards all traffic via a VPN to exit at the remote pi, like this (except in this diagram the server is called home server, while in my setup, the server is remote and the client is local).

Now I've moved and upgraded my home wifi to two Omada EAP225s wired to a level 2 managed switch from HP. Is there any way to have the remote VPN network served via the EAP225s, rather than through the raspberry pi's wifi AP? 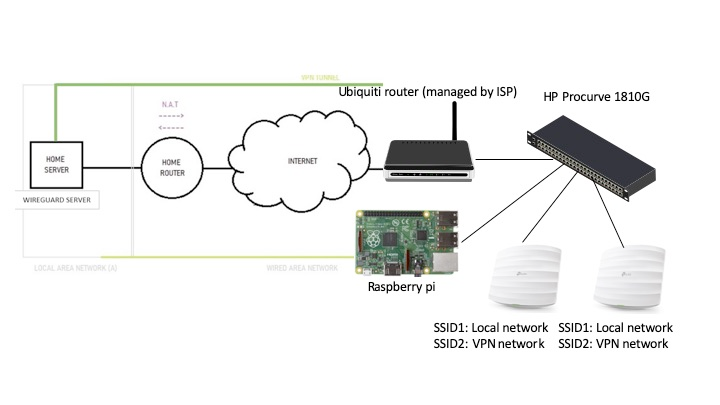 Here's what I have so far:

On the raspberry pi I set up a vlan interface with sudo nano /etc/network/interfaces.d/vlans

I then got wireguard up on wg0 following https://github.com/adrianmihalko/raspberrypiwireguard

This works to establish the connection to the server and curl https://ipinfo.io/ip gives me the public IP of the server

To provide access to connected hosts I set up dnsmasq with sudo apt-get install dnsmasq, then sudo nano /etc/dnsmasq.conf 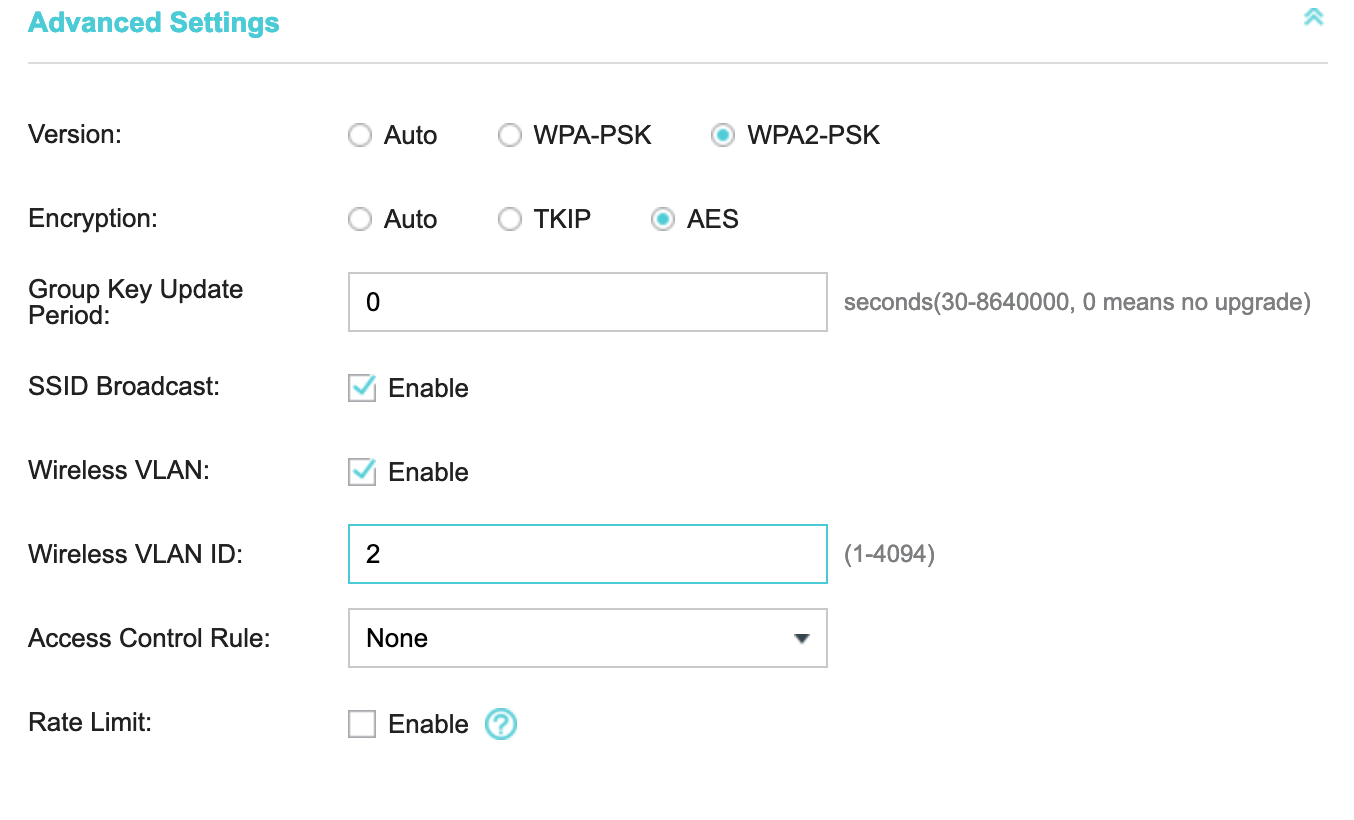 Configure the switch to have an additional tagged VLAN on the three ports (AP1, AP2, and RPi).

Configure your APs to serve the "VPN" SSID using the tagged VLAN ID.

Configure the Raspberry Pi to have a tagged VLAN interface (e.g. eth0.2 if it's VID 2) next to the existing physical eth0 interface. (Most tools – NetworkManager, ifupdown, systemd-networkd, ip link add – are able to create VLAN interfaces. Any manual that tells you to use "vconfig" is obsolete.)

Not the answer you're looking for? Browse other questions tagged wireless-networking vpn wireguard or ask your own question.

6
Routing a particular subnet into a VPN tunnel
2
making dnsmasq listen on only one interface
0
Access Router website of remote VPN
3
Setting up rules in firewalld to allow clients in the same VPN subnet to communicate
1
Routing with WireGuard. Have working solution but feels like a hack
0
Cannot setup WireGuard VPN