Windows 98 SE not shutting down VirtualBox

I am fairly new to using VirtualBox and how it is used. I recently installed Windows 98 SE on it using an ISO file. It has been working fine until I try to shut it down from itself (like pressing the shutdown button in the start menu in Windows 98). When I try to do that, it always freezes on the Microsoft Windows98 "windows is shutting down" screen.

I have tried many ways to solve this, including disabling fast shutdown/startup, all to no avail. Some websites say I should install a "fix" but all their links are broken.

I currently have given the Windows 98 Machine a generous 1GB (1024MB) of ram, so I highly doubt that it is anything to do with too little memory. The only other app I have installed on it other than all the apps that come with Windows 98 is the SciTech Display Doctor, which has worked perfectly. Windows has shown no errors when starting up and nothing when using the operating system as usual.

Windows Shutting down screen which it always gets stuck on: 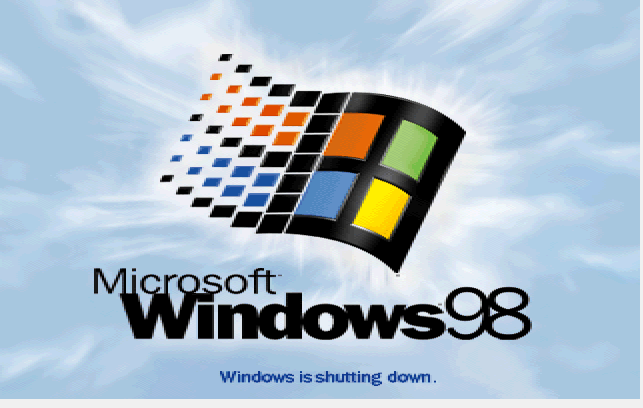 Host OS (so the physical computer)

That is not uncommon for Windows 98 on a physical machine and I see it quite a bit in Virtual Machines. Newest VMware Workstation seems best for shutting down Windows 98 (better that Virtual Box, I think). You cannot do much about it except to force Windows 98 off. Keep a backup of the VM file just in case. My Windows 98 machine always starts back up so you should be OK.

Not the answer you're looking for? Browse other questions tagged virtualbox shutdown windows-98 or ask your own question.