Is there such a thing as a terminal multiplexer (i.e. GNU Screen) for the Windows CMD.EXE, or for that matter, is there anything I can use to run a text-only program such as a non-curses python script on Windows XP or Vista in such a way that it can only be detected by using Task Manager, similar programs, or by observing any network traffic that the script generates?

More general purpose, you can install Cygwin and enjoy the actual screen tool: 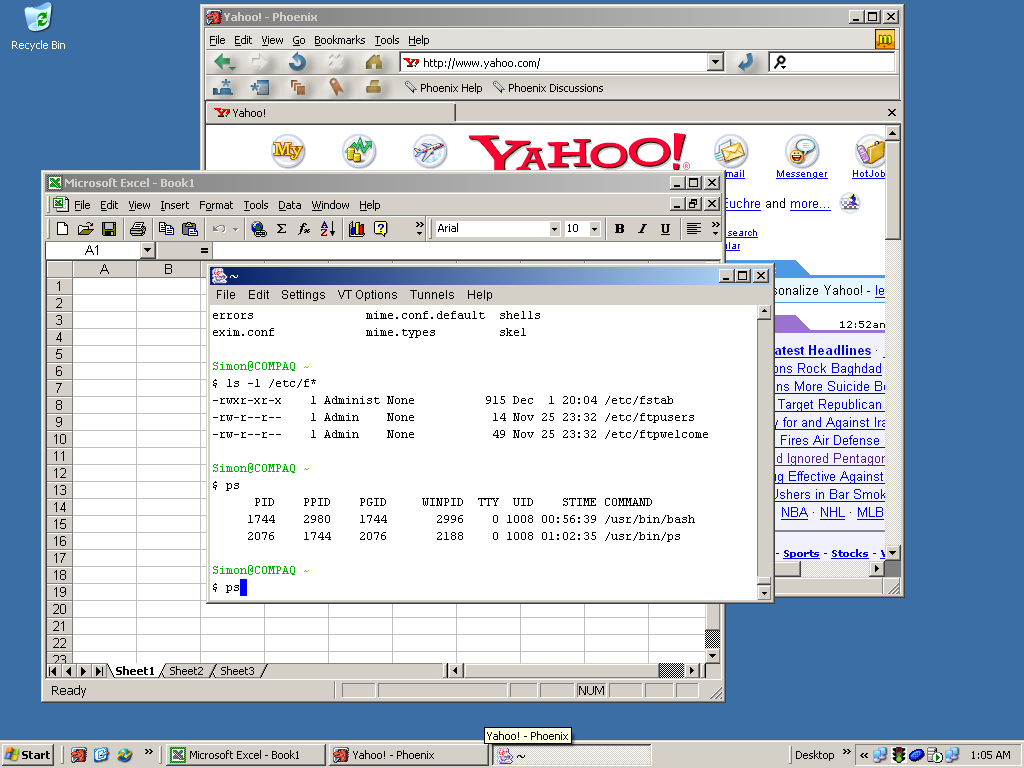 I used a *.pyw with a shortcut pointing to it and the required command-line arguments. It now runs just perfectly and with no console window.

Not the answer you're looking for? Browse other questions tagged windows-xp windows-vista python command-line gnu-screen or ask your own question.