When I connect to my corporate VPN from home, all network traffic including internet traffic goes through the VPN (Figure 1). The VPN is much slower than my home internet, so I would like to route only requests for intranet data via the VPN (Figure 2).

My route table starts as follows:

My understanding of routing tables is that the 0.0.0.0 entries describe how traffic reaches the internet. The first entry represents my home router acting as a gateway when the VPN is disconnected. The second entry represents the traffic routed via the VPN.

The VPN is connected via Windows 10 built-in SSTP.

Can what I'm trying be done, and what should I try next?

Figure 1: Currently all traffic goes via the VPN 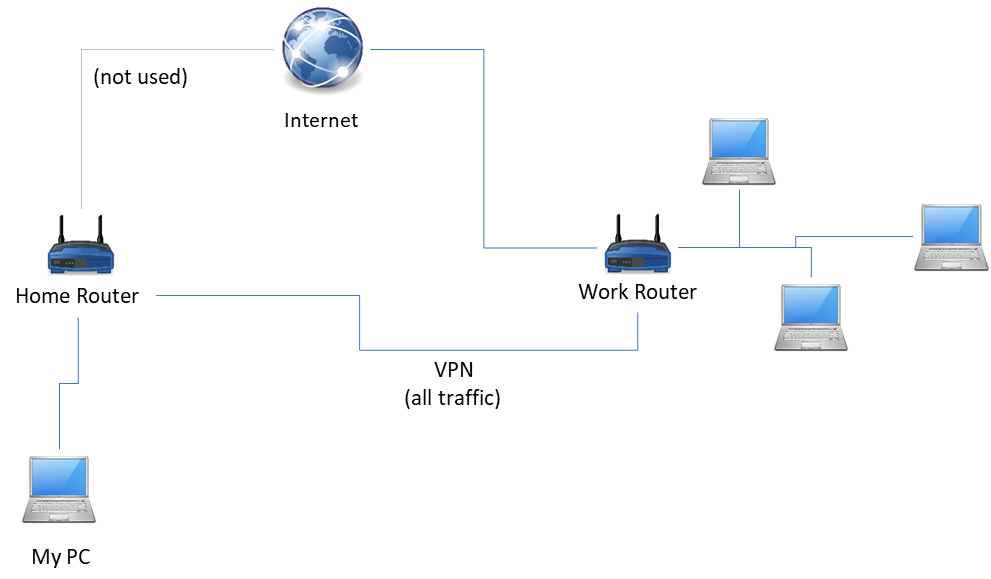 Figure 2: What I am aiming for 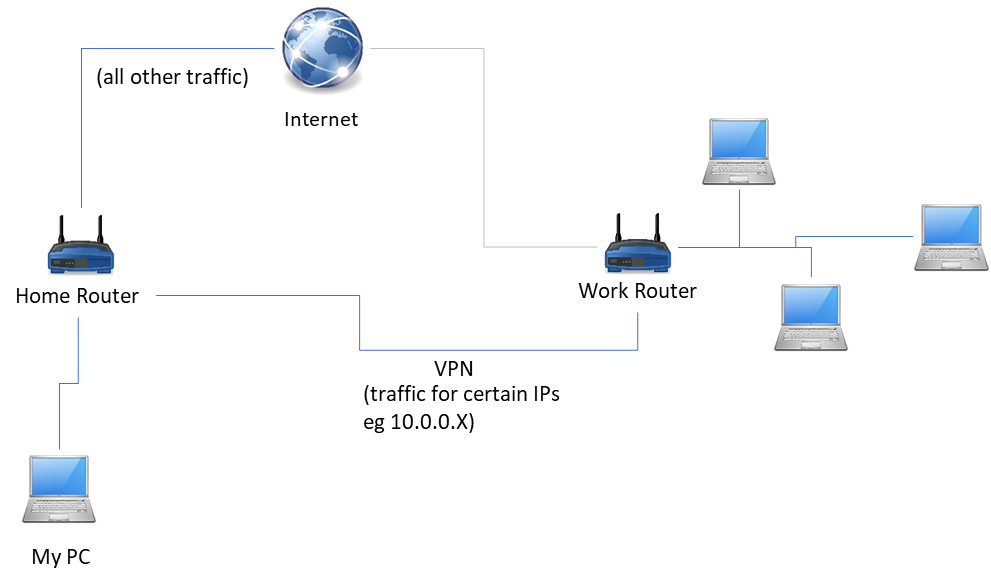 I found enough information in https://security.stackexchange.com/questions/13900/if-i-use-a-vpn-who-will-resolve-my-dns-requests to develop a solution.

In the Networking tab I edited the TCP IPv4 settings. I changed the setting to use the default gateway on the remote network, and for good measure changed the metric to be a large number. 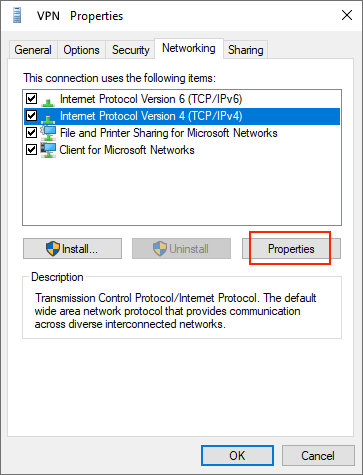 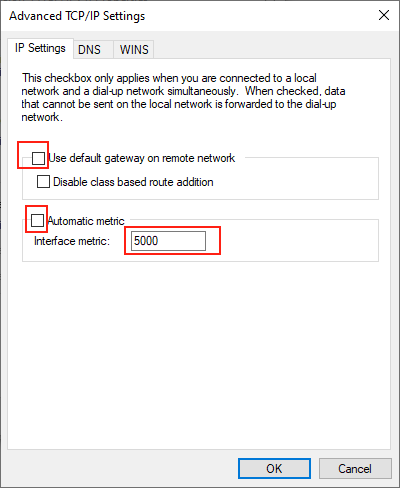 As these settings are saved in the VPN connection definition, they should be persistent but easily changeable.

After making these changes, I can still access the corporate network, but tracert to www.google.com goes via my ISP.

There were some initial problems accessing regional spokes of the company network that used different IP ranges. I tried access to these using route commands pointing to the VPN gateway IP. Although route print listed the VPN gateway as 'On-Link', Nirsoft NetRouteView gave the actual IP, leading to commands such as

However, the VPN gateway changes occasionally, so a more robust solution was found using Add-VpnConnectionRoute in PowerShell, eg

To check the route has been added, the following Powershell commands can be used:

16
Rerouting local LAN and Internet traffic when in VPN
0
How do I update my routing table to accommodate VPN without using remote gateway?
13
Routing all traffic over VPN on Ubuntu Linux
0
only route certain addresses through PPTP VPN?
1
Rerouting network traffic to vpn
0
Routing traffic from VPN clients to internet (Tincdaemon+Ubuntu)
0
Proxmox: Routing traffic between VPN and guest network