Diagnose failure of motherboard to recognize an M2 drive

I have a WS C422 Sage/10G motherboard which supports two M.2 slots. I got 2x Inland Premium 1TB SSD 3D NAND M.2 2280 PCIe NVMe 3.0 x4 Internal Solid State Drives to go into those slots. According to the motherboard specification, both M.2 slots support 2280 type drives, so I assumed both would be compatible. I installed the drives into the two slots on the motherboard, one of which is an upright slot, and the other is a flat slot with a standoff.

However, when I live boot the workstation (use Arch Linux Live CD) and give the fdisk -l command, it is only showing one of the drives as /dev/nvme0n1. The other drive is not listed.

I suspect it may be a hardware problem, because when I go into the BIOS, the list of boot devices only has one "PCIe SSD" listed, not two.

I have SATA set to ACHI (the default) in the BIOS.

How can I further diagnose this problem?

After carefully re-reading the motherboard manual I found out the problem which was that the upright M.2 gumstick was not seated properly. This motherboard uses an unusual seating bracket to hold the drive card and secure it in the socket. After installing this sled-like bracket and re-seating the card it worked. I have shown an excerpt from the manual from p. 2-11 for reference so you can see what the bracket looks like: 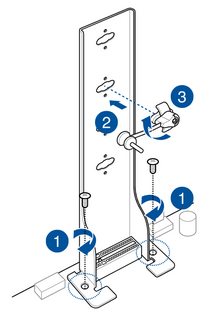 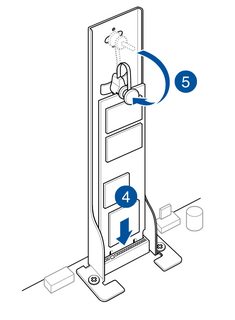 To install this bracket, a jeweler's screwdriver is needed.

Not the answer you're looking for? Browse other questions tagged ssd motherboard arch-linux m.2 or ask your own question.

1
Can I mix PCIe cards version 2.0 and version 3.0 in motherboard adjacent slots?
6
Motherboard UEFI doesn't detect M.2 SSD drive
4
M.2. PCIe adapter with two M.2 SSDs only shows one
1
How do I rename a SSD (NOT the label)?