Okay, the problem isn't that simple as it says in the title. I have dual booted manjaro with windows 10 and have hypervisor in windows.

90% of the time, most common site's (such as Google and all it's subdomains) along with few other sites won't open on manjaro and windows both, but I can ping them and they even open from within the hypervisor, but not from host machine. And 10% of the times it opens.

I'm sure there's no strange firewall or anything. It opens on few Lucky days and doesn't on a lot. I tried changing networks, but that didn't help as well. It sometimes open on network A and sometimes doesn't, and same with network B, C and D.

I didn't know where to post this question so please just don't close it. Even stackoverflow doesn't open. I have to write this question from my phone.

Edit: This is what a lot of sites show. 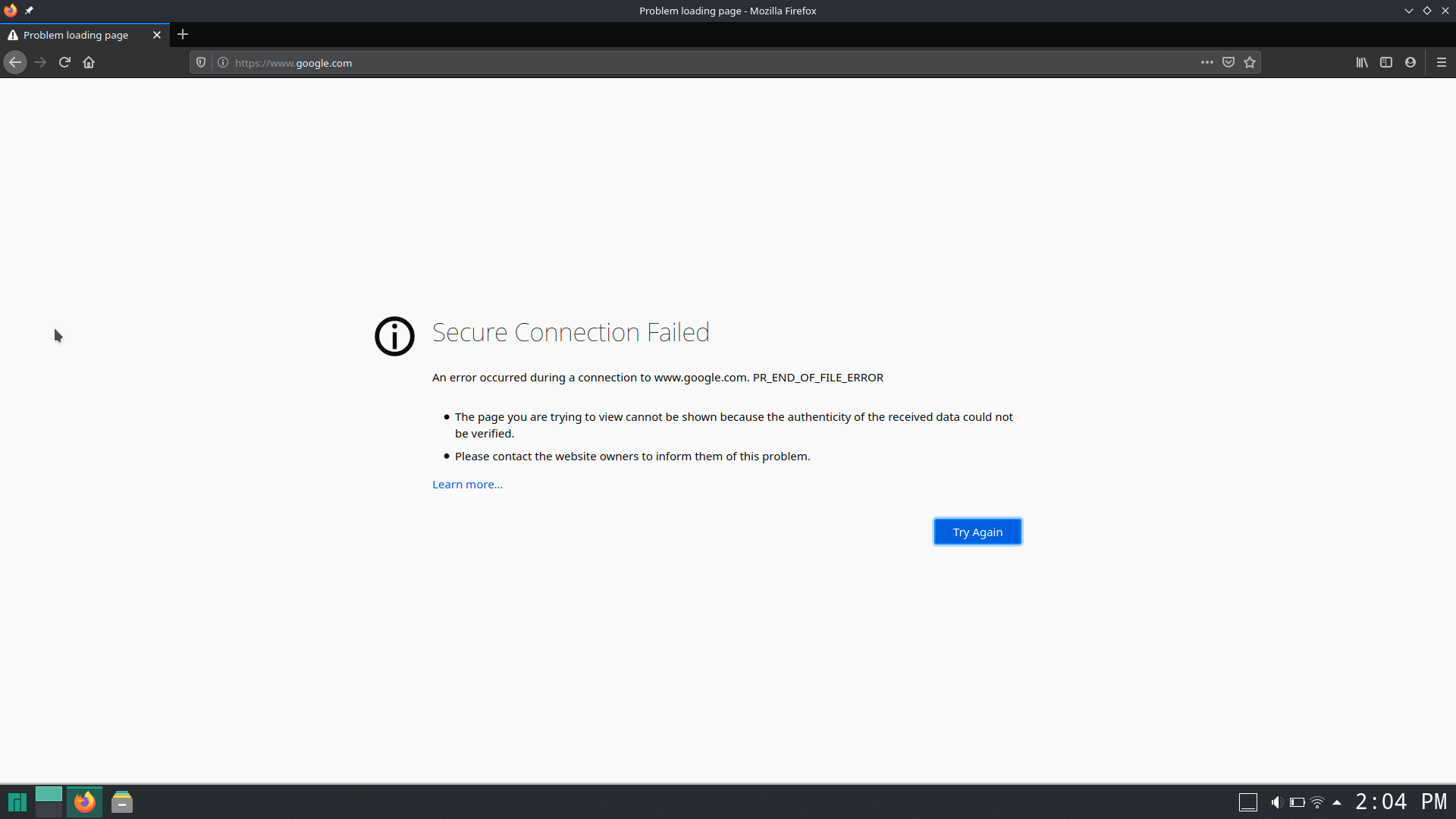 networking google-chrome firefox browser internet-connection
share | improve this question | |
edited May 29 at 8:42
sh.3.ll
asked May 16 at 6:39