Similar to Windows global shortcut hijacked by Opera but the CTRL+SHIFT+N keybinding is globally bound to open up, or activate and then raise, the Microsoft Outlook window. This conflicts with the Google Chrome keybinding for opening up an incognito window: 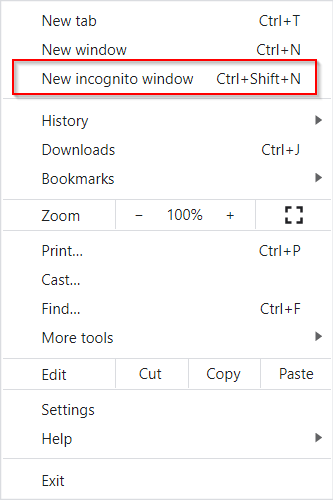 I can override it using a AutoHotkey script using conditional logic that is active only when Google Chrome window is active, allowing the binding to do whatever it is predefined to do in other windows:

And I might be able to code that script to raise the Google Chrome Window and pass along the CTRL+SHIFT+N keybinding, but that smacks of overkill: Is the installation of Outlook commandeering that keybinding, or is some other application doing it?

How do I do that? Or is it really the case that Windows is doing this, and also not documenting it properly since that keybinding is not in the documentation at Keyboard shortcuts in Windows.

Update on 2020-05-18 06:57:00: The following process, when killed, allows the CTRL+SHIFT+n keybinding to be handled properly by the Google Chrome process (which now opens up an incognito window as expected). But it has disastrous consequences: The desktop disappears! :

Update on 2020-05-18 07:06:39: I searched for OneDrive shortcuts (https://duckduckgo.com/?q=onedrive+%22ctrl%2Bshift%2Bn%22&ia=web) and found conflicting information for various versions of OneDrive, none of which state that CTRL+SHIFT+n should open up a new/pre-existent instance of Outlook:

Update on 2020-05-18 07:23:34: I uninstalled OneDrive, and that made the FileSyncShell64.dll no longer appear. I rebooted and retested, and CTRL+SHIFT+n still invokes Outlook. Now, given that I killed explorer.exe earlier, killing that did fix the problem, but that masked the real culprit which is yet to be found (explorer.exe is, as I recall, critical for all of Windows to function). Thus, killing off explorer.exe is not the solution. I also believe that uninstalling Outlook is a non-option because I need Outlook, I just don’t want this global hijacking of the CTRL+SHIFT+n shortcut.

I do not think that MS Outlook uses Ctrl+Shift+N as a global shortcut. I see it documented as Create a note local command and it has no global action on my computer, but the shortcut is appropriately interpreted by any focused application, for example by browsers.

Just check your 3rd-party apps for potential handling of the shortcut.
Start exiting/killing your apps and processes until the behavior stops. This will point you to potential evil-doer.

Help: You can stop the apps in the following way.

One forgotten feature: check Properties window of all your shortcuts on Desktop and in Start menu, which are potentially opening Outlook. On Shortcut tab in their Properties window, they have Shortcut Key field. Make sure you did not fill Ctrl+Shift+N there in some shortcut!

The last paragraph of miroxlav's answer is the answer. The previous part was also very instrumental in eliminating other possible causes of this problem. I did not notice that last paragraph at the point that I wrote this answer. This answer, however, had a lot of detail that shows how to get to that shortcut definition, so I'm leaving this answer in, and marking miroxlav's answer as "the" answer.

I cross-posted to https://answers.microsoft.com, which provided the answer:

I rewrote their answer below, to avoid eventual link-rot, add a method to find the Outlook Properties dialog box for the case whereby you don't have a taskbar or desktop shortcut, and to add context for Google Chrome's handling of the CTRL+SHIFT+N shortcut. Also, the section there starting at:

In order to enable this combination for Google Chrome,...

is not correct in this case (Google Chrome already handles the shortcut by default, and by changing it globally might obviate launching incognito windows), so that section is not included here:

Check for the case where the CTRL+SHIFT+N shortcut is enabled in Properties of the Outlook launch shortcut icon, as follows:

Now, test this out by opening up a Google Chrome window (one that is already executing is fine), and type CTRL+SHIFT+N. It should now open up the incognito window.