As you probably know, Windows XP has a feature of thumbnail caching. On each directory with photos you can find a hidden thumbs.db file that stores folder and file thumbnail references, that "thumbs.db" file stores the cache for Windows Explorer's thumbnail view to reduce thumbnail loading times, so that folder content doesn't need to be recalculated every time the folder is viewed and this mean it will load much faster.

This feature was reworked on newer Windows versions. Now on Windows 10 we have just a single and "temporal" thumbcache_xxx.db (numbered by size) in a single folder, which acts to store folder and file thumbnails from any directory that you view on your machine.

A rework does not mean an improvement, this concept fails for directories with a large amount of files and/or images, or with loads of folders with custom icons (specified in the hidden desktop.ini file), because its just now a single thumbcache_xxx.db file that stores all thumbnails from all the directories, and it has a size limit... that you can increase by hacking the Windows registry, but at the end you will have a very big thumbnails cache file full of junk references inside and you will end up deleting/renew the thumbnail cache for the sake of god.

In my opinion, It would be much, much simpler if Microsoft let people the personal decision to be able generate single thumbs.db files for specific folders while the newer thumbcache_xxx.db concept still does it's job with other directories that does not have a thumbs.db file, I mean both concepts could live together.

Now, my problem and question:

I have a directory with around ~2000 folders with custom icons (I mean, each folder has a hidden desktop.ini file that indicates a custom icon file for thumbnail preview), an example of what I mean: 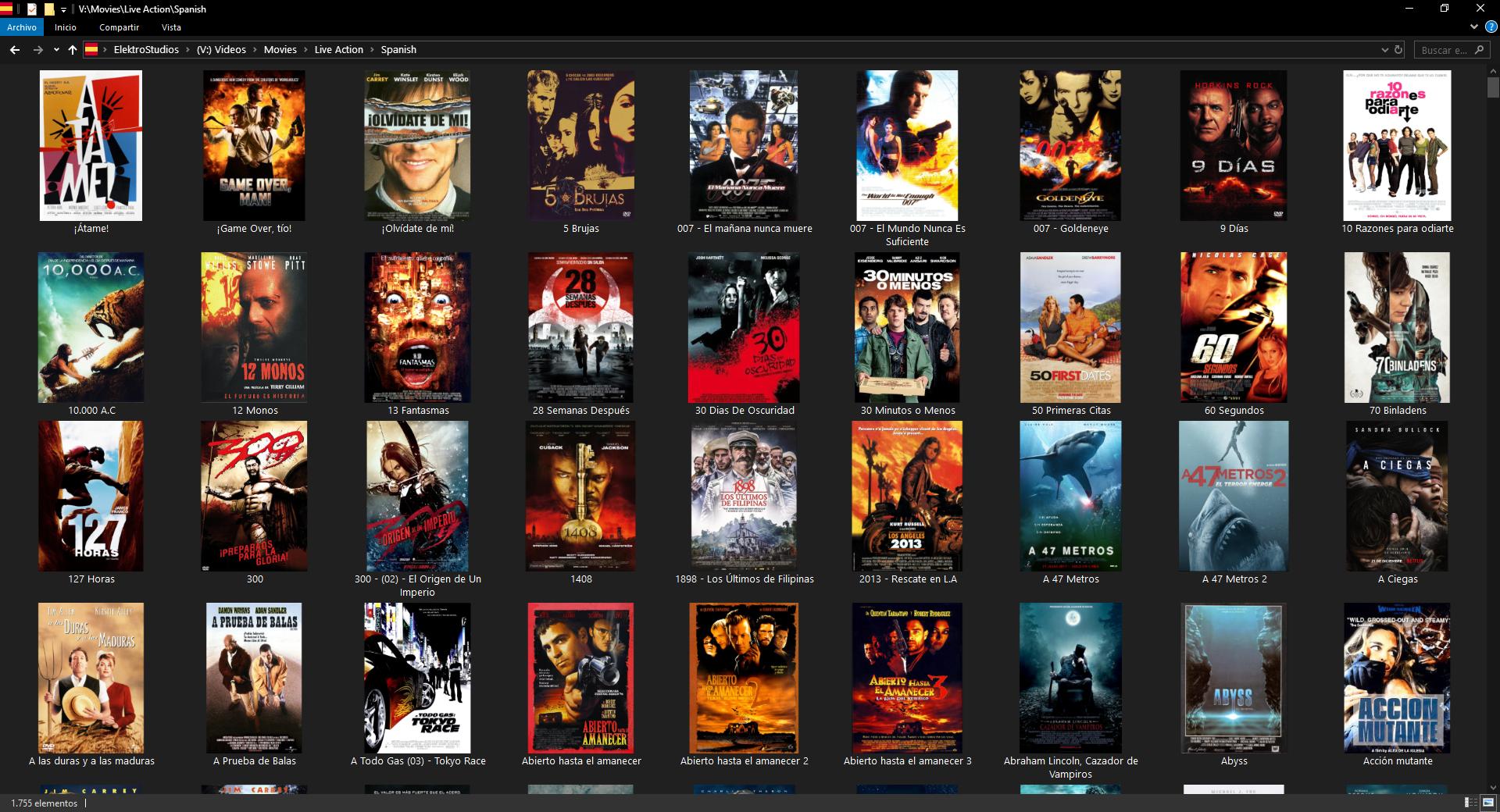 so every time that I view that directory, I must face the very high load times to complete icons extraction (note are icons, not thumbnails) and caching for all folders (more than 5 minutes) while I try to scroll down with the scrollbar to let windows slowly generate the rest of icon cache. It's a pain, too slow and clunky.

Increasing the max. allocation size for IconCache_xxx.db is not a valid solution for me, because I don't want a single file that messes all the icons references from that directory with 2000 folders together with references from all other directories on my disk. I just would like to have a single thumbs.db for that directory with 2000 folders, inside that directory, so that file will preserve the cache of the icons I want to preserve and nothing more, so that folder content wouldn't need to be recalculated anymore every time the folder is viewed and this mean it will load much faster. But It seems can't do this in a proper way with Windows 10 thumbnail cache features...

Exists a solution for this?. What are my options at this point?. Which could be an acceptable approach to solve this problem I face? (not returning to use Windows XP of course).

I searched the Internet to try find any program or shell extension or just some thing that could hack/bypass IconCache_xxx.db features in order to let me generate thumbs.db files for specific directories, but it seems does not exists anything similar like that.

Is there any magical registry value that I can set to be able generate thumbs.db files for each directory like in Windows XP era?. Any alternative then?.

I found the open-source program WinThumbsPreloader, it is awesome for people that has the same problem I have, but for thumbnails.

The problem I have is with the icon cache, not the thumbnail cache. So, WinThumbsPreloader can't help me because it does not cache folder or file icons, it only caches folder/file thumbnails.

I need to be able to do the same thing WinThumbsPreloader does, but for folder icons instead of file thumbnails. select a directory arbitrarily and preload its folder icons in the Windows icon cache.

The thumb-cache files seem to have an upper limit on their total size. On the other hand, your icons are very large at 258 KB each. With ~2000 icons, your cache could be of about half a gigabyte.

When the maximal size is reached, Windows will delete icons, starting with the oldest. This might explain why you are losing icons from the cache and needing to regenerate them again.

Reducing the sizes of the icons might be one solution to the problem.

This same problem was also discussed by users in the post After fall update, Windows 10 puts a maximum size on thumbnail cache and deletes older thumbnails before new ones can be generated.

According to the experiments by the poster of the above link, the thumbcache_96.db file tops off at 349 MB.

Another user found inadvertently a workaround for the problem:

holding Ctrl on the keyboard and rolling the mouse wheel one tick up.

This apparently has forced Windows Explorer to render the thumbnails at a higher resolution, which means that they are no longer suitable to be stored in the _96.db file, but instead, in the _256.db file.

I set this view as default for all pictures folders by clicking the File menu in the Explorer window and selecting "Change folder and search options" to open the "Folder Options" window, then selecting tab View and clicking on Apply to folders under Folder Views.

I believe the file thumbcache_256.db must have a hard limit to its size like its counterpart, but it seems to be considerably higher, as my file is currently sitting at 1,334,272KB and still growing.

Displaying larger icons might solve the problem for you, but flush your icons first using Disk Cleanup. If this option is not available for cleanup, see the last entry in the above linked post.

Not the answer you're looking for? Browse other questions tagged windows-10 windows-explorer icons thumbnails thumbs.db or ask your own question.