I was setting up my Ubuntu with brother printer driver and was trying to use my printer's IP to connect my pc to the printer.

Does this mean that by default, if an IP address has 000 it simplifies to 0? If there are zeros before a number, like 008 will it simplify to 8?

I was following this tutorial here:https://kbpdfstudio.qoppa.com/install-printer-driver-on-linux/

when I got to Step7 in the above tutorial, I entered Y (in my default terminal, not web browser @Kamil Maciorowski @T.J. Crowder), and then selected "enter IP address" to connect. I initially didn't include this since I mainly wanted to know what's up with the IP shortening thing. Sorry for this missing information! I had a tough time downloading printer driver for ubuntu so hopefully, this helps out some people!

Also attached here is the picture of my weird IP @barlop: 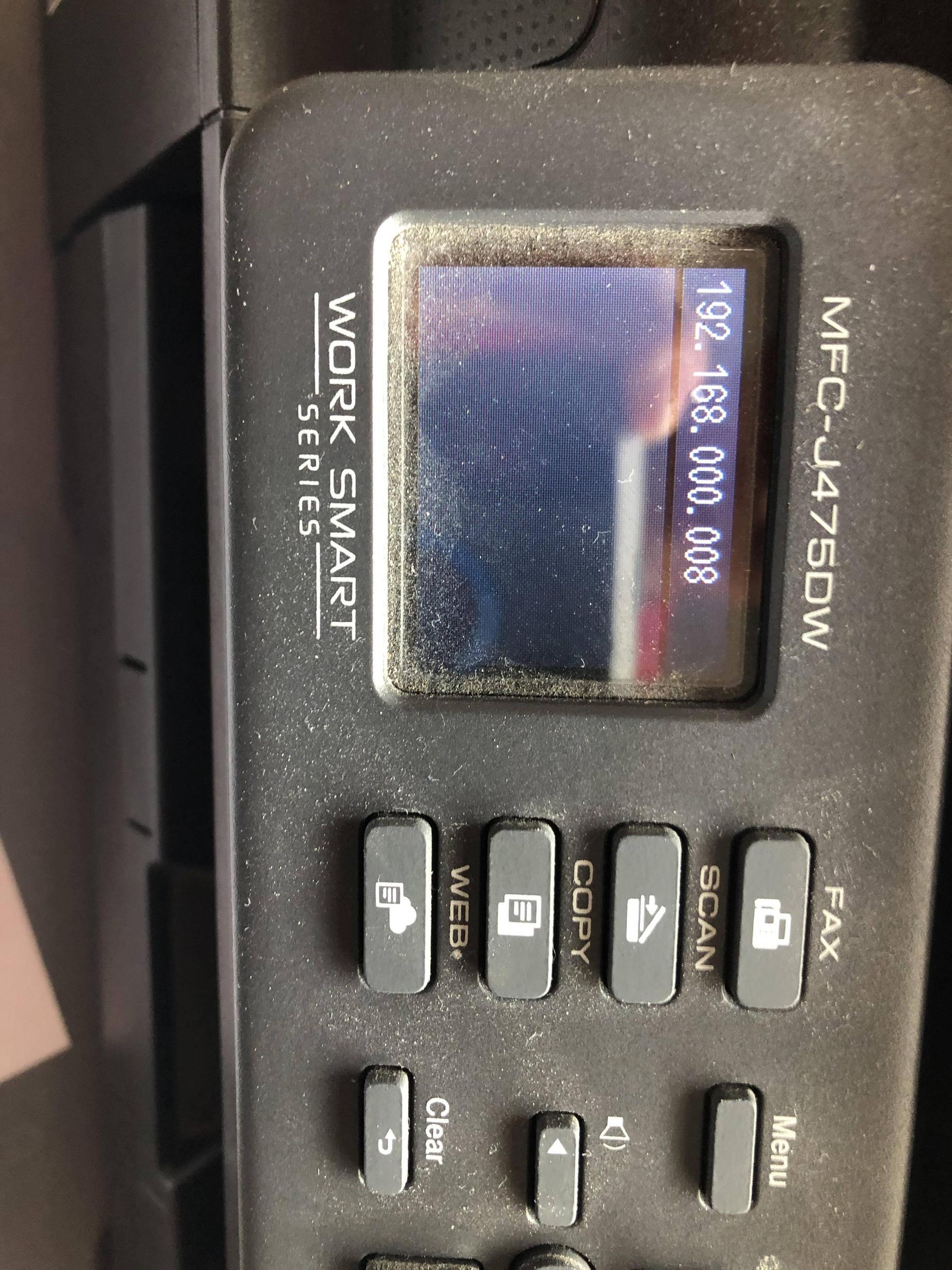 Leading zeros are not a standard part of IPv4 address syntax, and there is no single "simplification" rule that applies to all systems. Some will outright reject such addresses, and for good reason. And those which do not, have two ways of interpreting such addresses.

Zero-padded dotted-decimal was somewhat common in earliest IPv4 documents, and these days you'll find various apps and many "embedded" systems (printers, TVs, toasters) which simply give you a fixed-size xxx.xxx.xxx.xxx input field with zero-padding. In those systems, 008 is just decimal 8.

However, on PC operating systems as well as Linux-based devices, many programs use the IPv4 address parser inherited from BSD systems several decades ago, which accepts several variations that are not part of any official syntax.

In this original 4.2BSD inet_aton() function, the individual numbers don't have to be decimal: they could also be specified in octal or hex, just like in C and various other programming languages. If the number starts with 0x then it's in hexadecimal, and if it starts with just a 0 then it's octal. And remember that octal only has digits 0–7, which means 08 is not a valid number (07 is followed by 010).

In conclusion: If the system forces you to enter addresses in this way, you can usually assume it'll just "simplify" the address by removing leading zeros. But in any other situation, do not use leading zeros because they can be interpreted in unpredictable ways.

You're thinking about an IPv4 address like a String, which is not what it is. In other words, you know that between each . character is typically 3 characters, so you're trying to comply to that. However, it's not a String; it's a 4 byte number. ‭3232235528‬ is a valid way to write the IPv4 address you provided. The . are logical separators between the octets to make it easier for a human being to decipher. By placing them, you're basically representing each octet as a 1 byte number, and putting that in between each . character.

To simplify a tad, what you're typing is (where X << Y is the left shift operator, indicating shift the number X to the left by Y bits):

Now, I'm not saying maybe you're router's web GUI (just as a random example) will take that (some GUI's demand octet separation), but as a fun excercise for you, go to your command line (sh for linux, cmd for windows) and run

That's the equivalent of typing

and it is accepted by the ICMP command.

As more bonus facts, it might help you to know the software behind it (since what you do on a computer is written in a programming language if it's not done at the hardware level). Checkout this answer from StackOverflow Why is 08 not a valid integer literal in Java?. This answer explains what some programming languages interpret leading 0s as. C/C++ has this behavior as well. And it might interest you to know that a lot of OS's use are written in C (at the least, *nix is, and by extension OSX).

All that said, I think user1686 has a much more explicit explanation and history (which is probably more useful).

The reason why "ping 192.168.000.008" failed has to do with how ping interpreted the address. I know I said that "8 = 008" above, but to the ping utility, that's not strictly true. Historically, before hexadecimal came along, anyone wanting to do anything involving binary would use an octal representation of the binary number. Early programmers, not realizing what kind of problems this would cause, established the convention that any number written with leading zeroes is an octal number, not a decimal one. For good or ill, ping still respects this notation. The utility saw that the last octet was "008", tried to interpret that as an octal number, failed (because octal numbers only use the digits from 0 to 7), decided that the whole IP address was malformed due to that, and fell back on interpreting it as a host name, which it couldn't find. Your printer doesn't use this notation, and interprets each octet as a decimal number.

The other answers do a good job explaining the various representations of IP addresses as text input. But the reason your printer reports its IP as 192.168.000.008 is most likely just lazy programming. When formatting a number into text, it's simpler to assume a fixed number of characters.

Not the answer you're looking for? Browse other questions tagged ubuntu ip network-printer brother-printer or ask your own question.

1
Epson Artisan 800 on Ubuntu/Linux
5
Print over remote CUPS server, but just show a subset of the printers
0
Vista VM cannot connect to printer shared from Win 7 VM - Error code 0x00000102
0
Allow Public IP Access to UbuntuServer on VM
0
Slow to connect to printers shared on Windows Server 2012
1
"The printer is not responding", but I can connect to it (Mac)
1
SMB-shared printer visible, but can no longer connect to it