Currently i need to capture ALL the output of my terminal (bash) for later review. Right now i have the following scripted at the last line of my .bashrc file:

This works HOWEVER it reexecuting the script command (looks like it is stuck in some kind of loop). See screenshot and it keeps spawning new script processes. 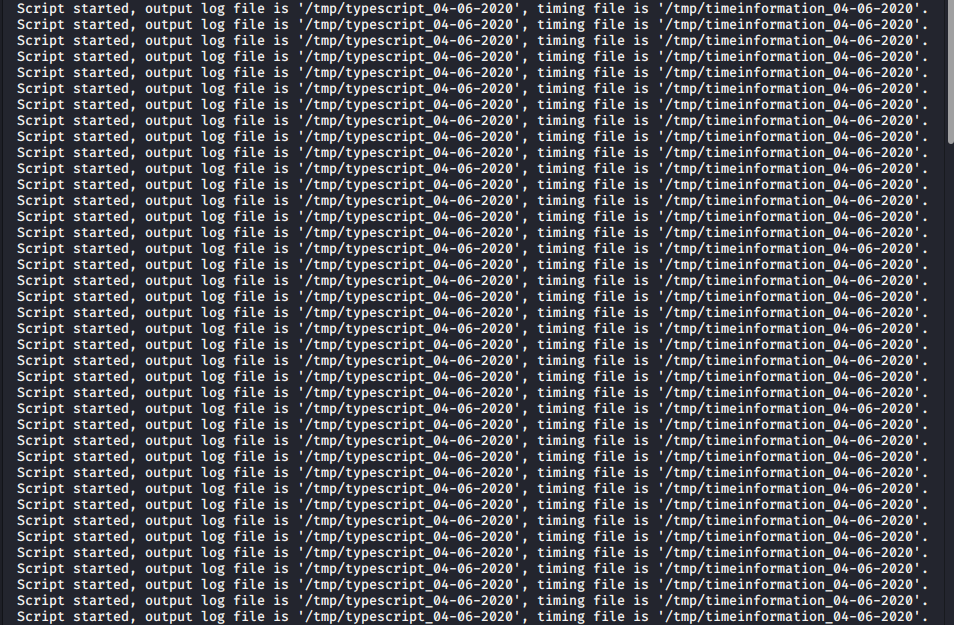 I can quit this by give the command CTRL+D but then the output will not be saved.

Anyone has some tips?

script forks a subshell, so generally it is possible that such scripts are sourced.

However the subshell is no login shell, hence ~/.bash_profile should not be sourced, but only ~/.bashrc instead.

I verified this on my Raspbian Bullseye system, where it seems to work like you want it:

I'm not sure now why in your case it seems to be the other way round, so that on initial login you need to source ~/.bash_profile manually (or do you open a terminal emulator or other kind of non-login shell?), while the subshell sources ~/.bash_profile automatically instead.

But you can prevent nested script executions easily:

However it makes sense to track down which script is sourced in which case on your system and prevent this unintended case in the first place by placing the script call into the correct script.

Further information about which files are sourced in which order by which types if bash invocations (login, interactive, non-interactive) and how a certain type can be forced and derived from within the shell, read man: https://linux.die.net/man/1/bash Scroll a bid down to "Invocation" :)

Not the answer you're looking for? Browse other questions tagged linux command-line bash terminal script or ask your own question.