I have a T400 which runs Windows 10, build 1903. A lot of the time there is artifacting or random lines or squares glitched on the screen, and when i move my mouse over it it fixes, which makes me believe its a VRAM issue or something. After a lot of graphics change (like opening Chrome) then more artifacting appears all at once until I move my mouse to fix it.

I booted into Linux Mint 19.3 for a bit (with and without the external monitor) and didn't see any corruption, but in any case i'd like to know if its a hardware or software issue, and if anyone has had this issue before. 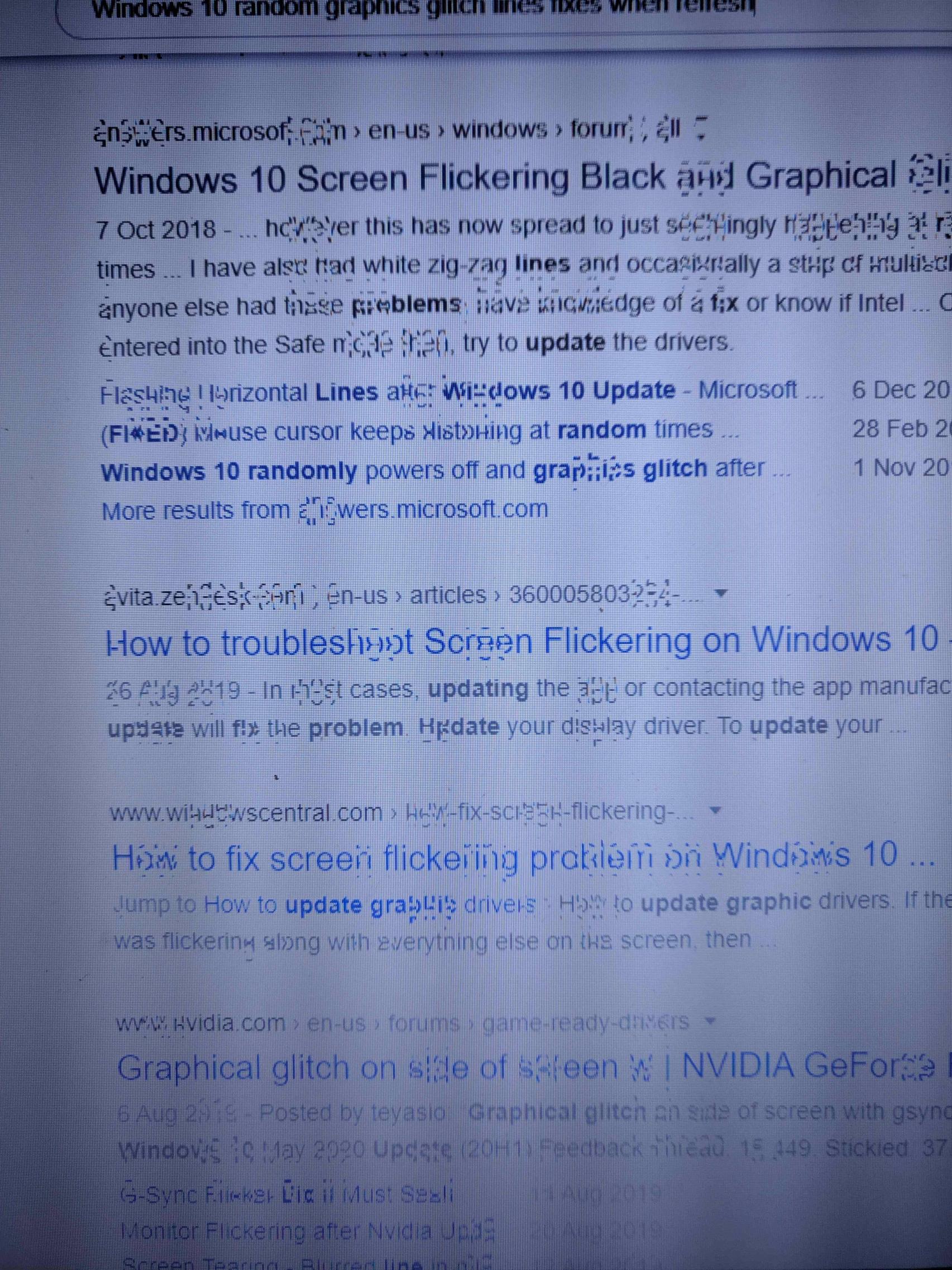 EDIT: To anyone who comes across this, I did not solve the issue, and ended up using Linux Mint 19.3 all the time as this doesn't occur on Linux. I suggest you use some flavor/distribution of Linux instead of using an earlier, supported Windows (assuming its a windows graphic driver issue and not hardware related) simply due to security vulnerabilities.

Browse other questions tagged windows display thinkpad vram or ask your own question.

3
Windows 7 drivers for Lenovo Thinkpad T400
10
How to prevent the monitor from turning off in Linux
0
yakuake on all screens
0
ThinkPad T400 and Windows 8.1 “compatibility and support”
1
How Can I Access BIOS From External Monitor?
0
Screen randomly flickering on Linux Mint