What is a NBN "FTTC Connection Device"?

Like many Australians, I am on the NBN via FTTC. There is a white box that sits between my existing router and the phone line in my wall. The only name I can seem to find (both physically on the box and online) is FTTC Connection Device. It looks like this: 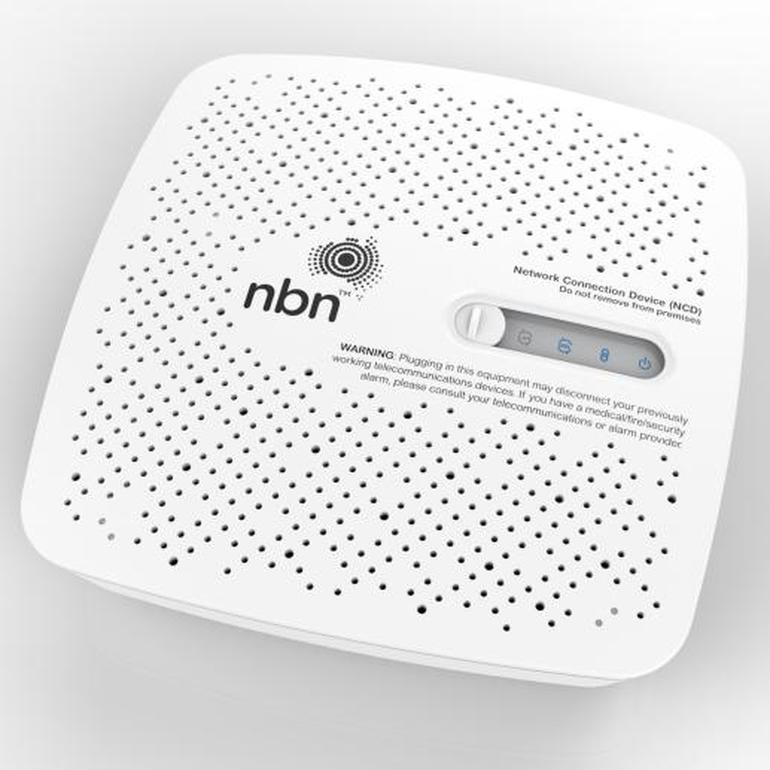 What is the generic name for this device? E.g., a router might be called a Nighthawk AX4 4-Stream WiFi 6 Router, but its generic name is just a router.

It is a modem.

On NBN FTTC, this is also known as the NCD.

I should also note that the "Nighthawk AX4 4-Stream WiFi 6 Router" you mention is actually a combination of a router, switch, and wireless access point. Many similar devices also include an ADSL or VDSL modem (which works on NBN FTTN but not FTTC).

What does this device actually do? Obviously it connects me somehow, but I'm after a more thorough answer.

More specifically, it is a VDSL2 modem preconfigured for NBN FTTC. Like any other modem, it acts as an interface between the analog signal travelling along the copper pair (your house lead-in) from the DPU in the pit, and an Ethernet network. On the OSI model, it acts on layers 1 and 2.

The DPUs are actually reverse-powered, which means your NCD is supplying power to the hardware in the pit. On first connection, this triggers the DPUs to disconnect you from the old phone network.

The modem also includes hardware for G.fast, though the aren't any concrete plans for that to be activated yet. Newer NBN FTTC DPUs also include G.fast hardware.

Specifically, this is custom made for NBN Co by NetComm.

Is there a way to administer this device? Routers are usually administered via a web interface accessible via http://192.168.0.1 or something equivalent.

The device certainly can be administered, but NBN Co in their infinite wisdom have decided to lock it down. You will not have any access from the local side.

What are the security implications of this device's presence? The opaqueness is certainly worrying

It can be considered as much a part of the ISP (NBN, not your RSP) network as the DPU in the pit outside, or whatever they have in their POIs. There's not much you can do about it. One hopes that they have properly secured the remote management interfaces (via VLAN or otherwise) but there is no easy way to prove it.

As a vague hand-wavey guess, it should generally be no less secure than the FTTP NTDs they provide.

I have done some checking and the NCD is a link/power supply for the NBN node, you can connect directly. However, you will be exposed as it runs simple firmware! No firewall or screening. No user interface! Via backend only or via console/cmd. I guess they use its mac address for account control.

If used directly, not all services work, as port control is limited! For example, my TV services and Foxtel would not work. It connects but faults out when attempting to stream. When I connected via the router, NBN compatible works well. I had a very expensive Linksys that would not work or had limited connection issues as it was not NBN compatible? So I used the provider's modem before my router as it has better WiFi with my Linksys router. I just turned WiFi off on the provider's router and all works great now! (NCD is tied to the site address. It’s meant to be left if you move. They should have created a login like ADSL as this will become a problem with people taking hardware, etc.)

I ran a series of IP and port scans while on NCD. It shows the whole street and various services running in the neighborhood.

With the NTD pugged into the NBN router from the service provider, then pugged into my Linksys EA9500 I get speeds 100-20mps at off-peak.

Not the answer you're looking for? Browse other questions tagged networking router home-networking or ask your own question.

1
Can I use NBN FTTC directly with only an NBN Connection Box and PC (without a router)?

1
Sending TCP command from external network to specific device in home network
0
No connection to NAS with a Router
1
Practical (not theoretical) Subnetting 192.168.0.0/25
1
How to setup a static route between wireless routers
2
Cannot access router via ethernet cable
0
Home Network- setting up new wireless router with existing dsl modem/router
1
Accessing 192.168.1.x device from 192.168.0.x device
1
Can I use NBN FTTC directly with only an NBN Connection Box and PC (without a router)?
0
How do I change a Netgear R8000P default router IP address without losing access to the router?