What USB Type B connector has screw thread?

I have seen multiple devices (all microphones) with a Type B USB connector with screw-thread around it. 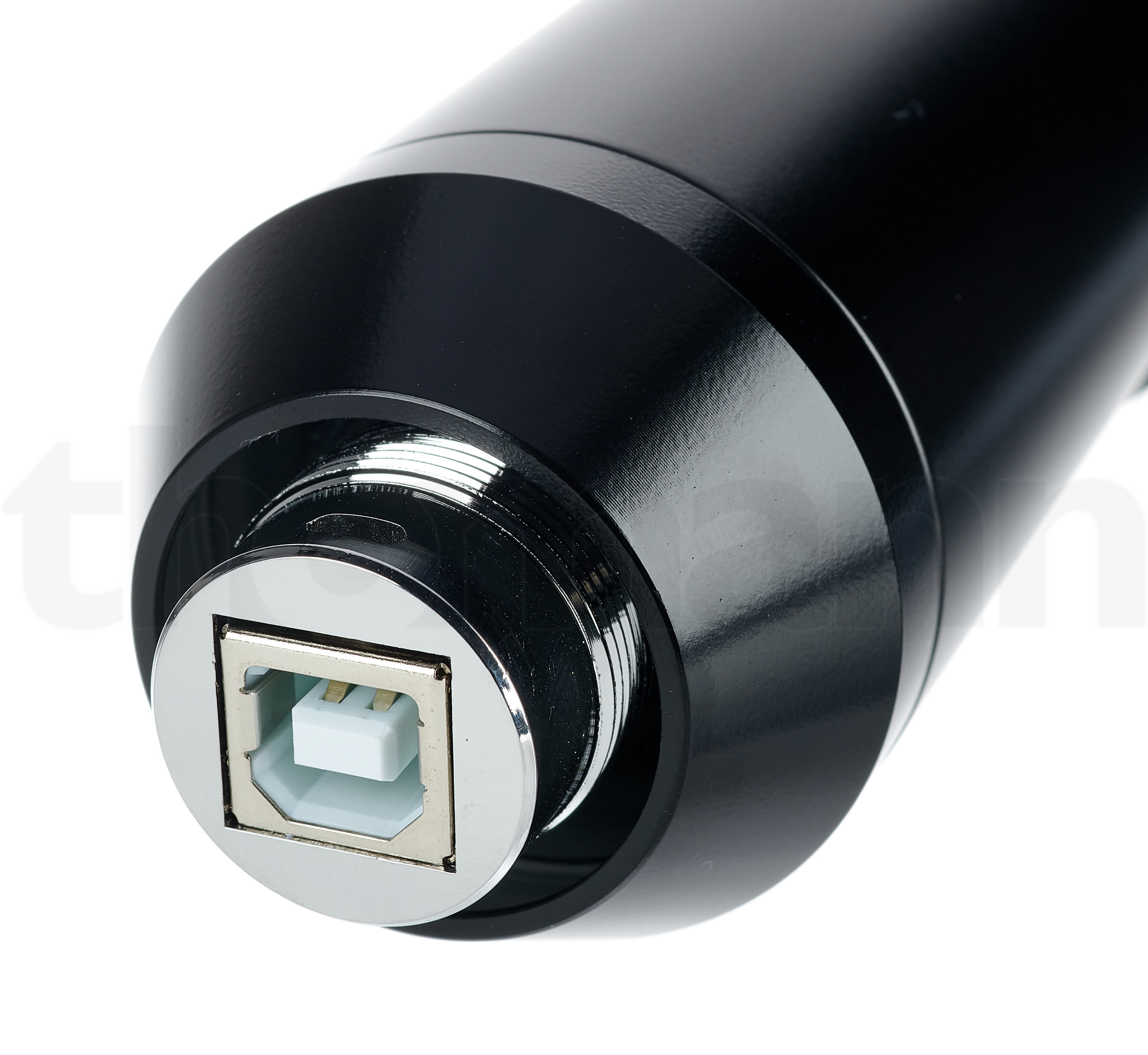 The threads are for a screw mount (to attach the mic to a mic stand). Typically, the screw mount are hollow in the centre (to allow the USB cable to pass through it). To answer your question, the mic in the picture seems to take a typical USB B cable which passes through the mount (so it does not require a special kind of USB B connector).

As an aside, it's usually pretty hard to replace screw mounts (at least the one mic I had had a screw mount that was specific that mic). If you lost the screw mount, you may be able to buy a shock mount like this. These kinds of mounts grip the sides of the mic instead of attaching to the base (which screw mounts do). Before buying one, be sure that there's no controls or anything on the side of the mic that would get in the way of the mount. You'll also want to ensure your mic's diameter is suitable for whichever mount you pick.

Not the answer you're looking for? Browse other questions tagged usb audio microphone connector or ask your own question.

3
How to crimp this type of connector?
0
Can a Type A to Type A USB Cable Really be USB 2.0 Only?
4
What connectors do USB 3.0 devices use?
0
When upgrading to USB C, can there be one USB cable to rule them all?
0
Connecting USB connector type A to type C
1
What specification on cables do I need for them to power from USB-C to USB male A?
2
Unable to find the type of the USB port
1
Need help identifying some cable connectors and their use case