How to use absolute paths in windows file explorer

So I'm used to Linux and work with proper paths all the time. I use windows only for Visual Studio and some games that wouldn't run on wine or mono otherwise. There is this annoying "feature" that makes file paths in the explorer show up for example as This PC/Desktop

instead of C:/Users/<username>/Desktop and hitting the parent folder button will not bring me to my user directory, but instead to this This PC virtual folder, which I guess is nice, but I wouldn't want that unless I go up from C:/ or click it directly. The same is true for Documents, Music, Downloads and other such directories. They all appear under this "This PC" folder and it's really annoying me.

I have already set "Show full path" in the explorer view settings.
This shows the full folder path if it's not a library folder (Desktop, Music, etc) as C:/Users/Username/Desktop/test for example, but in the path bar it is the same old This PC nonsense.

Is there some way to change that behavior?

Agreed: this is a deficiency in Windows Explorer, but there is a workaround: press Shift while right-clicking a location in either the left or right Explorer pane, and select Copy as path.

If you wish to make that menu item available without holding Shift, you can make a Registry file to change that behavior:

Rather than battling Explorer's built-in preference for the namespace path, I added a context menu option to open the File system location of the selected item. Save the following as a .reg file, right-click, & merge. 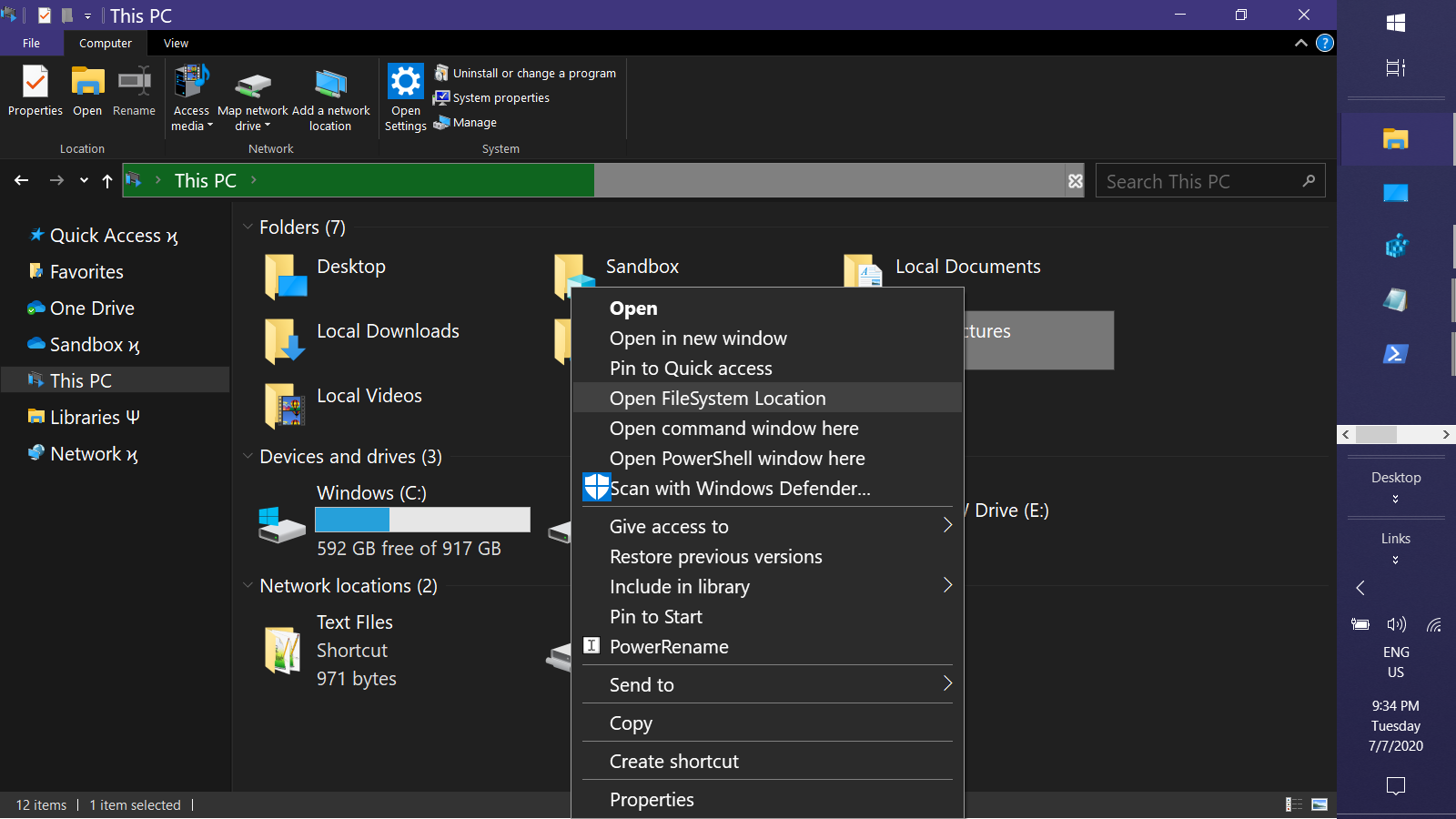 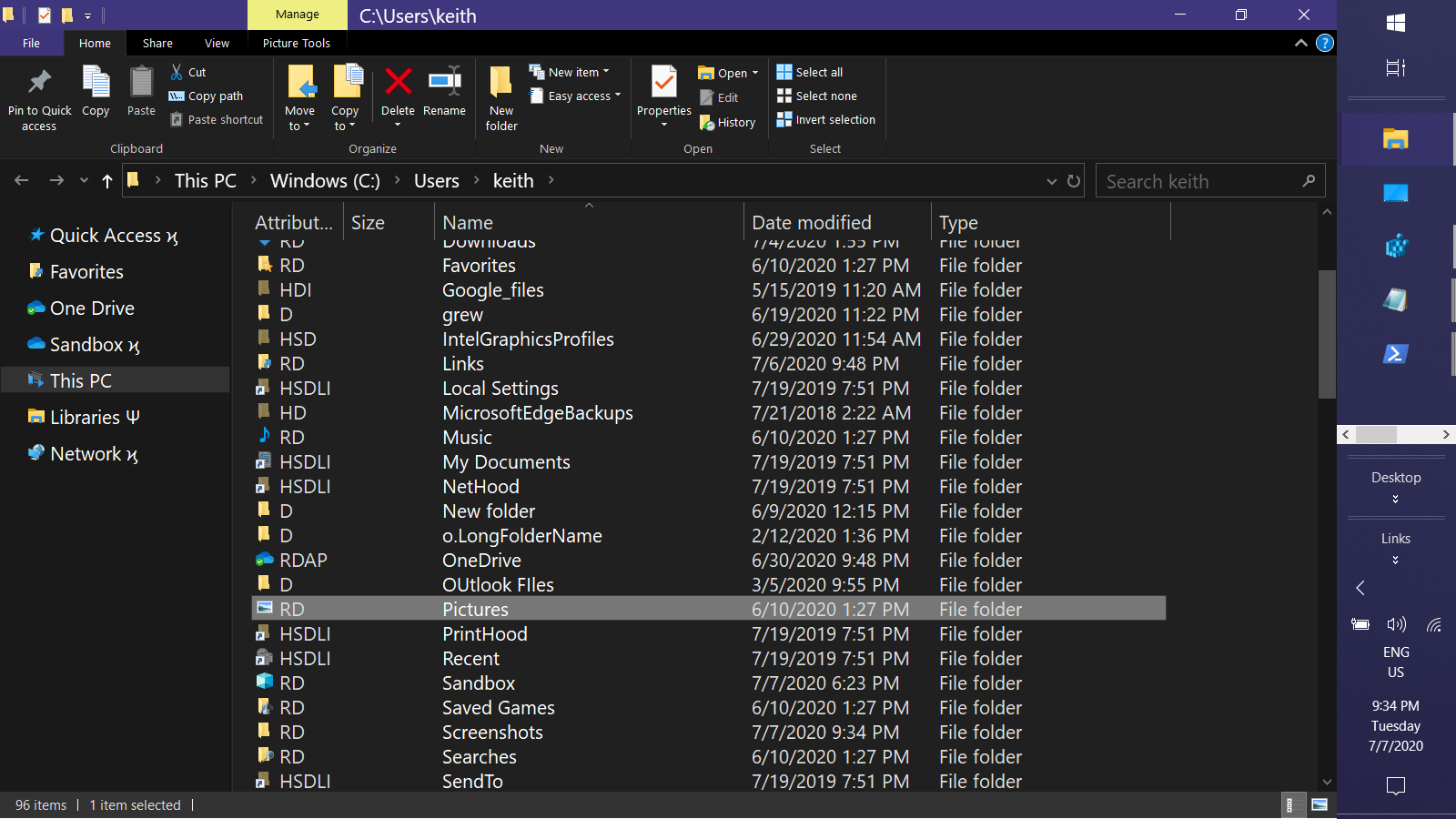 1
Is it possible to speed up file copy in Windows file explorer?