What is the 15-pin black port that old sound cards have? [duplicate]

What is the 15-pin black port that old sound cards have? Here is an example 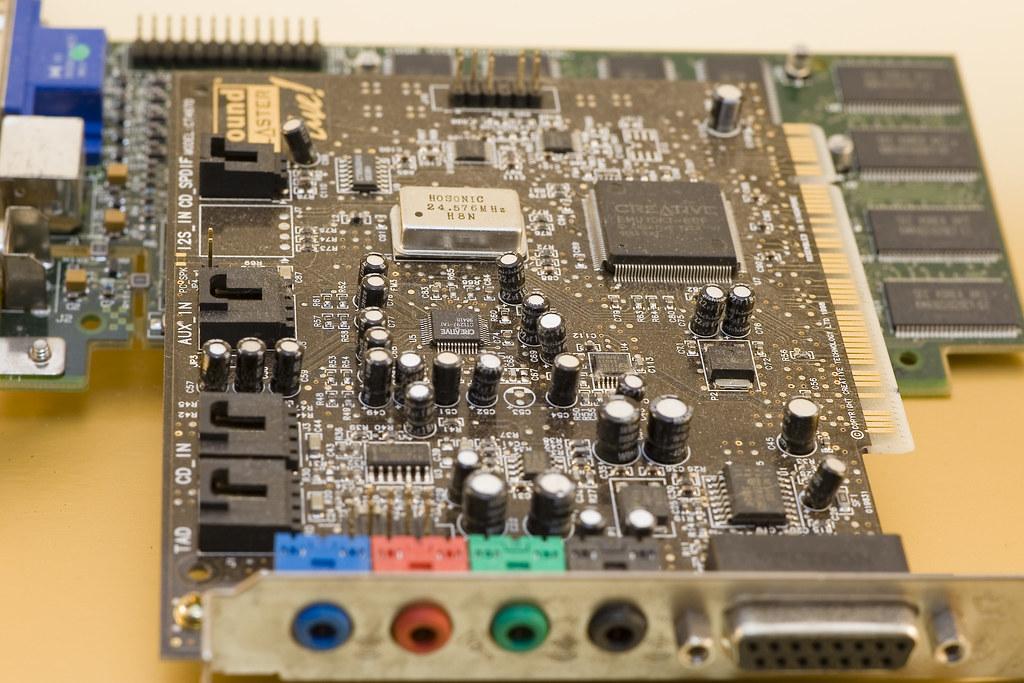 It's a game port (as Ramhound points out correctly). Used to connect a MIDI device (like a keyboard) or joysticks before USB was introduced.

Edit (added from comments): It was originally located on a dedicated expansion card and later integrated into sound cards (like the Sound Blaster card you are showing on your picture).

This is a game port.

It was originally designed by IBM to support arcade-style analog joystick controllers, but was later extended by Creative Labs (the company behind Sound Blaster) to additionally support MIDI devices such as synthesizers through an adapter.

A single game port supports two joysticks, each with two analog axes, and a total of four digital buttons.

USB would later replace the game port for both of these applications. Needless to say, USB is now used for myriad other purposes, from keyboards and mice to storage devices and battery charging.

Not the answer you're looking for? Browse other questions tagged sound-card or ask your own question.

5
15 Pin Serial Cable?
28
How do I identify hardware I am unfamiliar with on my computer?

2
Can I use two of the same type of PCI Sound Cards in one computer?
1
Is it possible to play two different sounds through two sound cards at the same time?
0
the blue port on the sound card
2
What are usual maximum output frequencies on computer sound cards?
1
Installed new GTX 560, the old sound card disappeared from settings, trouble with 5.1 sound
0
Can 4.1 speakers work with a sound card that only has one line out port?
3
What are some specific audio / sound card / driver setups that still allow you to "record what you hear"?
0
What does it mean for a sound card to have "Hardware Acceleration"?