After= doesn't work with devices in systemd

I want to put my wifi interface wlp3s0 into 4addr mode before adding it to the bridge br0, so I write following /etc/systemd/system/4addr2.service:

However I see that this service runs BEFORE sys-subsystem-net-devices-wlp3s0.device unit: 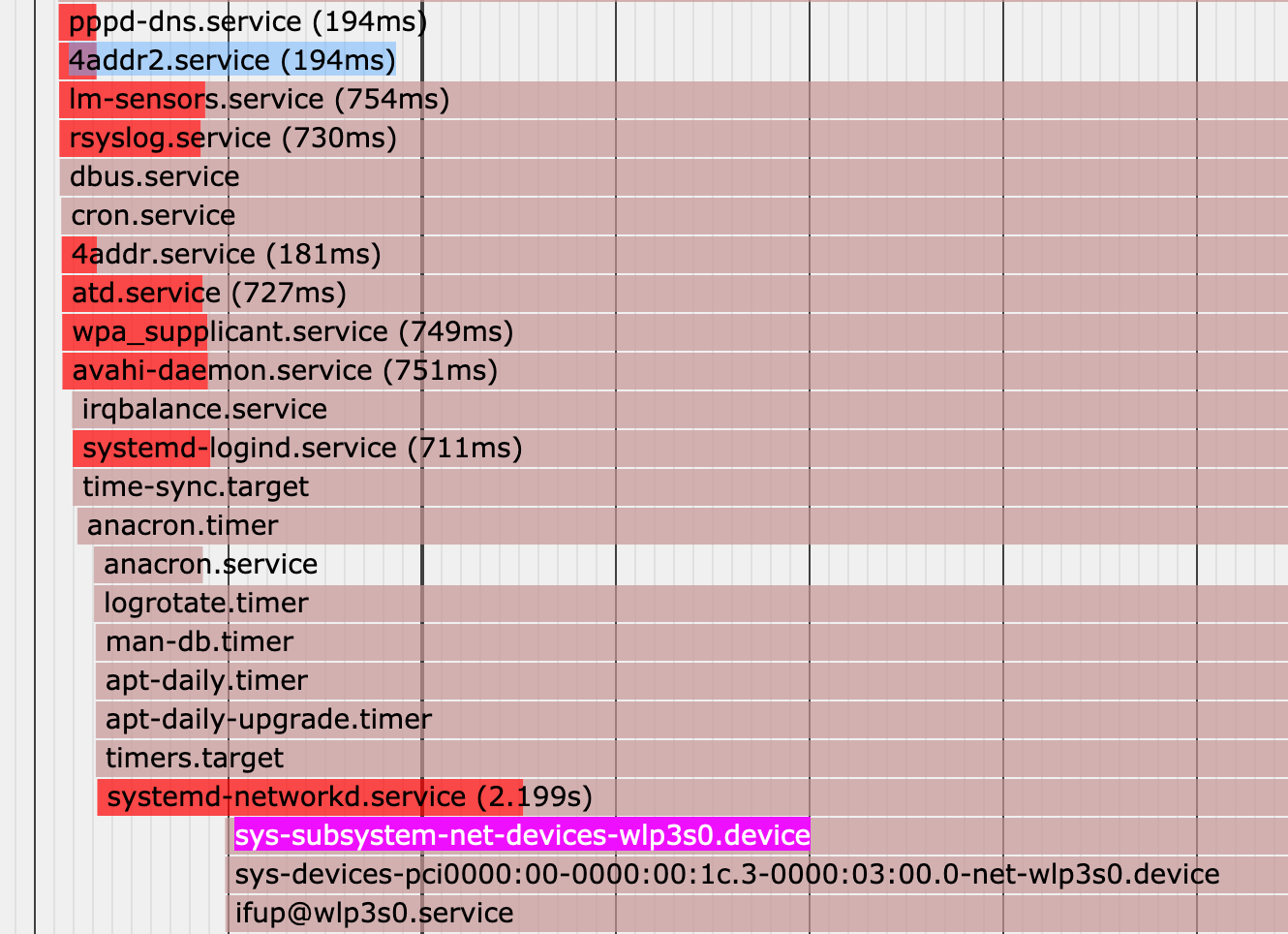 jounalctl also didn't give explanation why 4addr2 started before sys-subsystem-net-devices-wlp3s0.device:

How can I understand why my service started before interface device initialized?

Before= and After= only have an effect when sorting jobs that are already part of the job queue, whereas .device units aren't usually part of it – they're not "started", they just pop up out of nowhere, because they only represent what has happened externally.

So you will additionally need to list the same wlp3s0.device in Requires= or even BindsTo=. That way systemd will try to "start" the .device unit (which is defined as waiting for the device to appear), and this will make After= work.

But for a related reason, it won't help to order a service Before=br0. Doing so will not delay the creation of br0, nor the addition of other interfaces to it, because both of those things happen externally and not via systemd.

If you are currently using systemd-networkd to do this, you might need to remove that and instead use the same custom .service to assign the bridge:

(There might also be other approaches, such as creating a whole new wireless dev that already has 4addr enabled from the beginning, using iw ... interface add on the same phy.)

Not the answer you're looking for? Browse other questions tagged linux networking systemd or ask your own question.

0
How to connect hosts on one network to Internet connection on another network?
0
Systemd service start error
3
systemd-udevd.service ignoring 60-net.rules
3
How does Ethernet interface appear in IP link command
1
ssh does not work when called from systemd
1
How can I start usb_modeswitch before the network-configuration?
0
Error bluetooth with systemtcl
0
Connection reset by peer on systemctl as root
1
systemd service not executing script?