Linux, some editors mimick (i.e. 'works' the same as) windows editors, "native editors" (especially those running in shell/terminal) e.g. nano (pico) usually differ:
First press ENTER to split the line, creating a new line with the end part of the previous, then hold CTRL and hit k to kill the line. 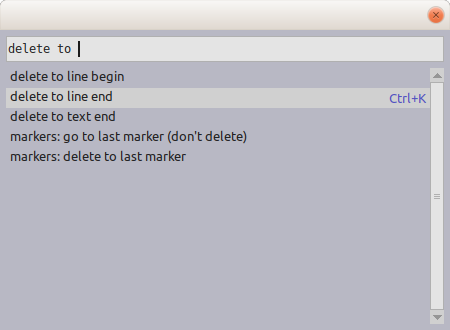 5
Multiline select in Notepad++
9
Delete whitespace left and right in Notepad++
2
Text editor that supports breaking lines in opposite direction?
13
Notepad++: cursor past end of line / virtual spaces?
2
Delete until character is found
41
Notepad++ - Continue Search from top
5
Notepad++: select text till the end of visual line with SHIFT+END
3
How do I cut a line in KDE Kate?
5
Select Whole Line Of Text Regardless Of Cursor Position