After having added a second keyboard layout to Windows, I wanted to turn off its hotkeys to switch between them, like Left Alt+Shift, and Ctrl+Shift. I knew about the Text Services and Input Languages dialog but in my current version of Windows 10 (1909, build 18363.1082), I simply couldn't find it. It is this dialog: 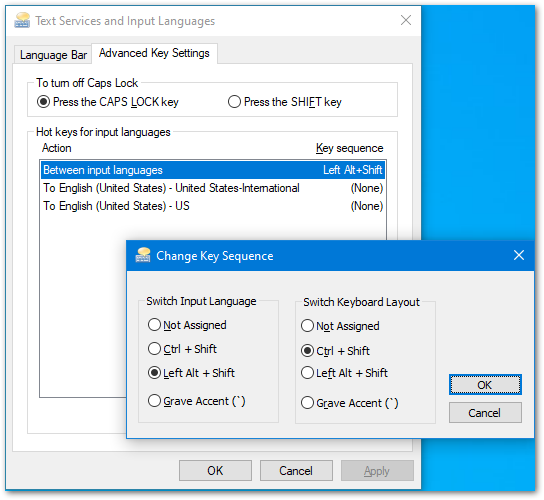 Although I found what I need via:

I would like to know how to call it up without having to know that command, like when I am at someone else's computer, or on a "vanilla" Windows install.

I searched the Windows 10 Settings as well as Control Panel. It apparently used to be here:

but I don't see that now, even after hunting in the new names, like Region.

Am I blind? Can anyone show me the GUI way to navigate to this dialog in the current version of Windows?