How to display special non-ASCII Unicode characters in Notepad++? (regardless if file saved and reopened)

You get this bookmark title:

YouCare - The charitable search engine – Get this Extension for 🦊 Firefox

Then, if you copy and paste that URL title into Notepad++, the non-ASCII Unicode character (a fox, in this example), gets displayed as a box (a rectangle, to be specific).

How do you configure Notepad++ to show non-ASCII Unicode characters like this?

Note: This questions is related, but different than Notepad++ special Unicode characters not displaying properly

I tried saving the above title string as a text file in Notepad++ and then reopened it. No change. I then tried copying the text from Notepad++ into StackExchange (in Firefox), and the text displays correctly in Firefox.

That means Notepad++ is storing the character correctly, but not displaying it as desired.

Using a hex editor, I see the fox character is being encoded as: F0 9F A6 8A, which is as it should be: https://www.unicode-search.net/unicode-namesearch.pl?term=fox%20face

While my fox is grey, instead of red, it works for me. I don't have anything special installed. The only setting that I can think that may be different is Encoding -> UTF-8

Check to see if your setting is set to UTF-8 instead of ANSI? 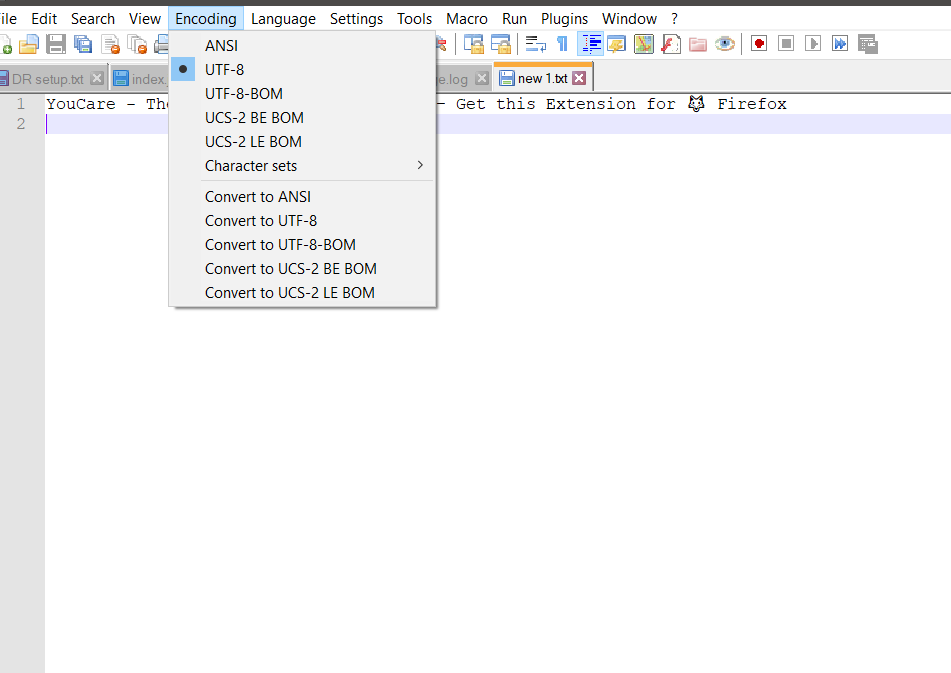 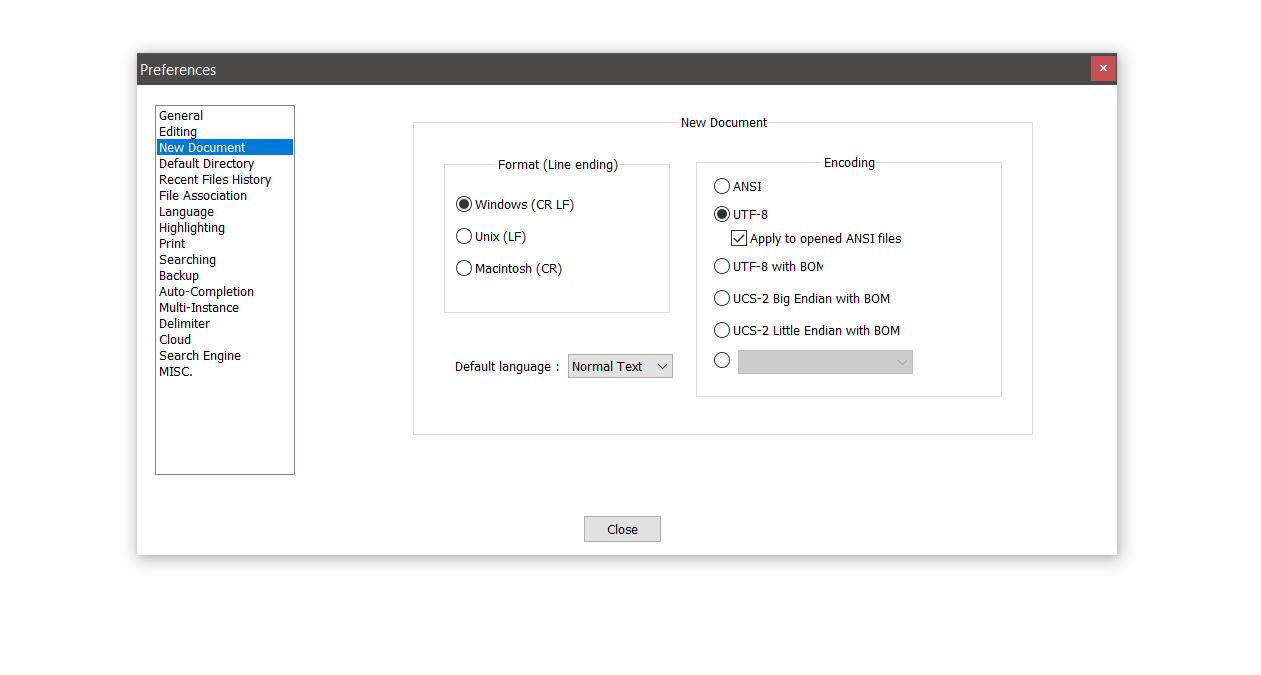 In addition to DrZoo's answer, there is a second possibility of where the error comes from: Your curent font does not have a glyph for the fox. Especially since Emojis are new-ish and low on the priority of font-makers, it is quite likely that your font simply cannot provide a symbol, in which case notepad++ defaults to the square you see.

Check what font you have and then verify that it indeed has emojis, or switch to a font known for having them. One of these would be "consolas", which is used here on stackexchange (and given that you do have the fox in your post, we know that it includes the symbol you need)