is it possible to boot a linux/windows machine (or other os) using network card with bootp support through internet?

I have a remote agent support server in net 4.3.2.x

But can i boot from really remote machine?

Yes, but it will be slow if the latency is high.

As long as you don't have any firewall filtering it should work. If there is NAT then TFTP will probably fail unless your NAT router is smart enough to do packet mangling for TFTP src/dest addresses. If you use a Linux firewall then the nf_nat_tftp module should handle that.

You'll need a local DHCP/BOOTP server to point your host at the remote endpoint, but otherwise it can be done. We netboot servers in the office, but the principal is the same:

In dhcpd.conf, we have:

This tells it where to TFTP the PXE image.

Once PXE boots it is a matter of getting your disk connected.

The following network boot technologies should work fine across routers:

For example, you could boot from iSCSI if you have a network-attached iSCSI initiator--- or for NFS boot with Linux you could pass ip=dhcp nfsroot=4.3.2.1:/foo/ on the kernel commandline from pxelinux if you have an NFS server.

The specific configuration details for setting up a disk or remote filesystem to boot from are beyond the scope of this article, but here are some references:

There are other network disk technologies, but these are layer-2 frame based and will not route across your border:

Also, there is a commercial product called CCBoot that does support netboot of newer Windows 10 releases. Here are some Windows iSCSI netboot references: 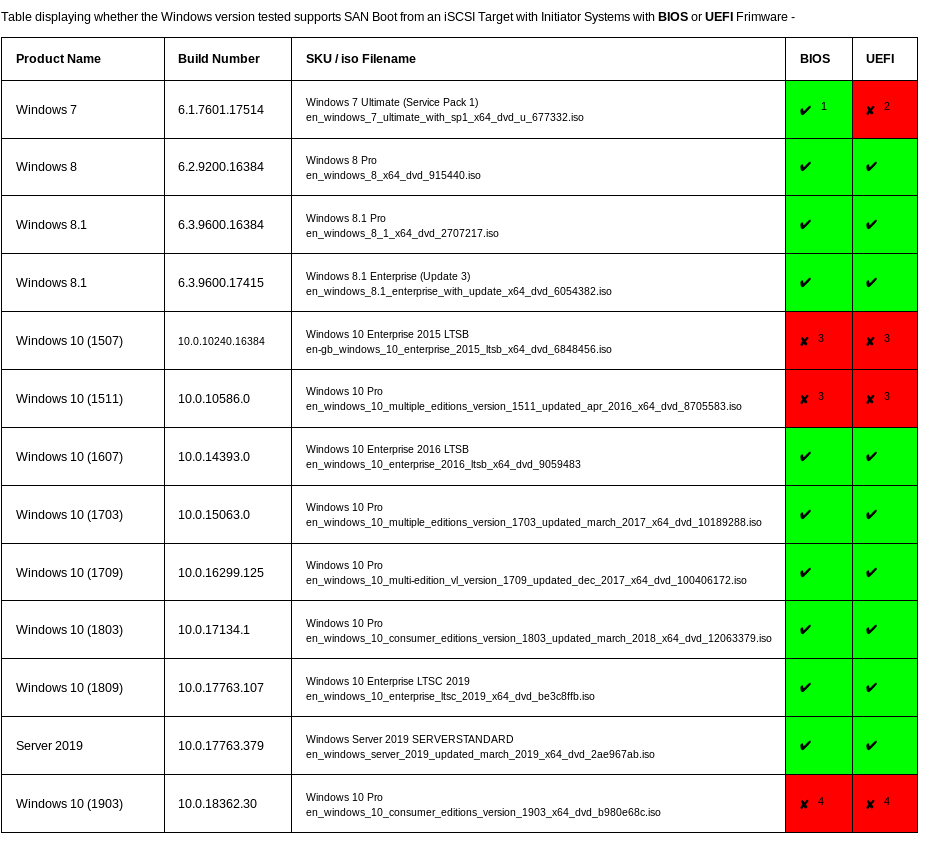 Not the answer you're looking for? Browse other questions tagged networking boot dhcp bootloader or ask your own question.

11
Can I install Windows on a diskless system with iSCSI?

11
How Does a VPN Manage Local IP Addresses
2
Access home network via VPN using ASUS DSL-N55U router
2
Computers on the same VLAN can't see each other
1
isolating public network and a staff network
1
How to to boot Linux from external USB SSD drive, attached to Windows 7 machine?
2
Linux Networking: How to forward incoming IPv6 connections from the internet via a second IPv4 interface to other computers in a local network?
0
How to create a private network with same production IP address? And How to make communication between using Linux machine as router?
2
CentOS Virtualbox no internet access
1
Why would a PC be on a different subnet?