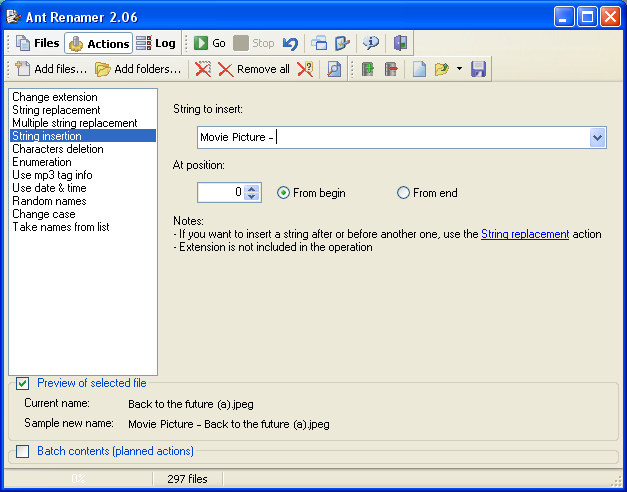 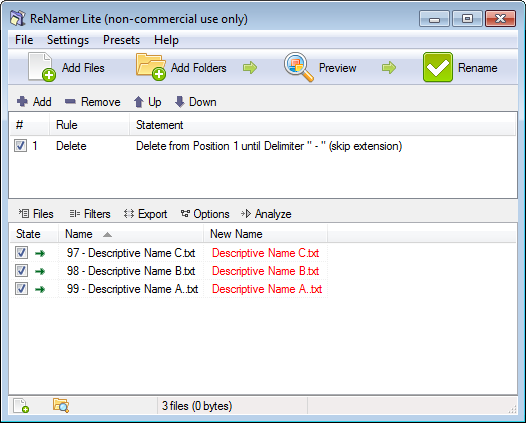 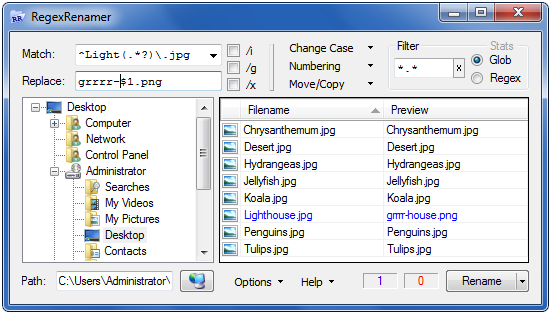 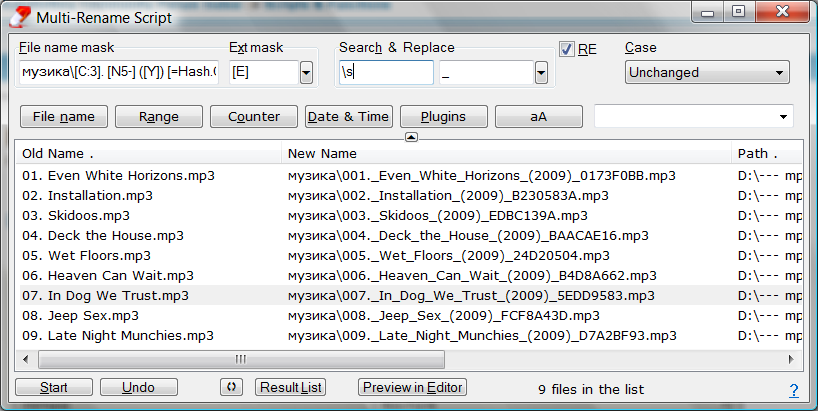 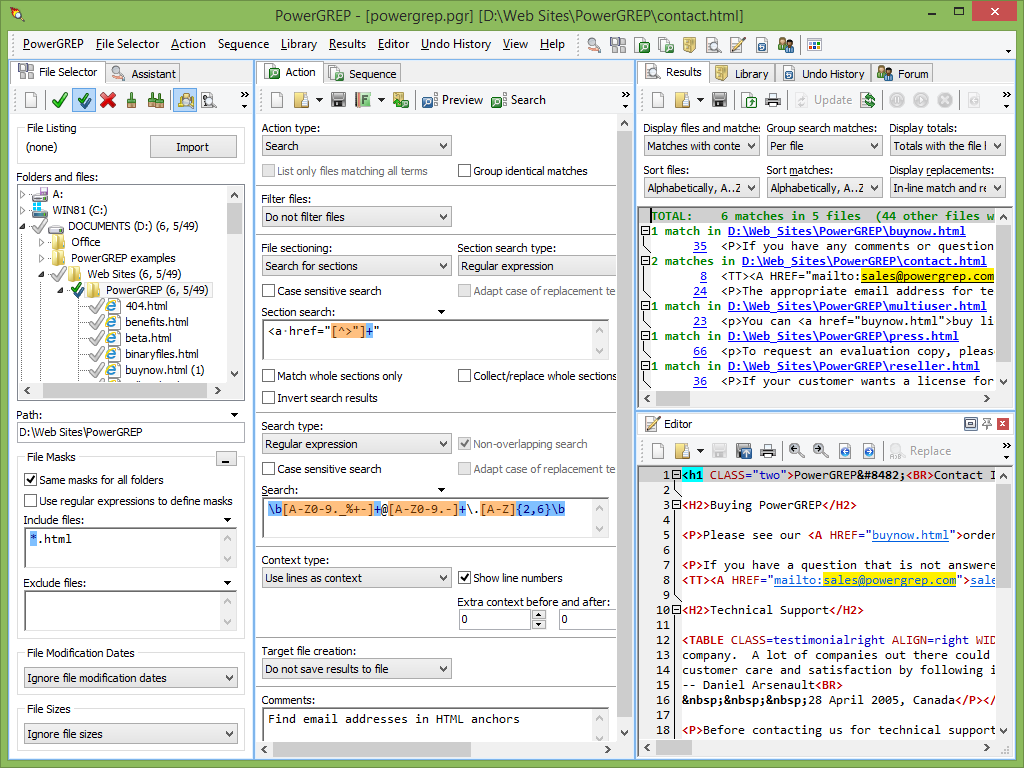 For developers, there is a very easy way to do bulk rename files. 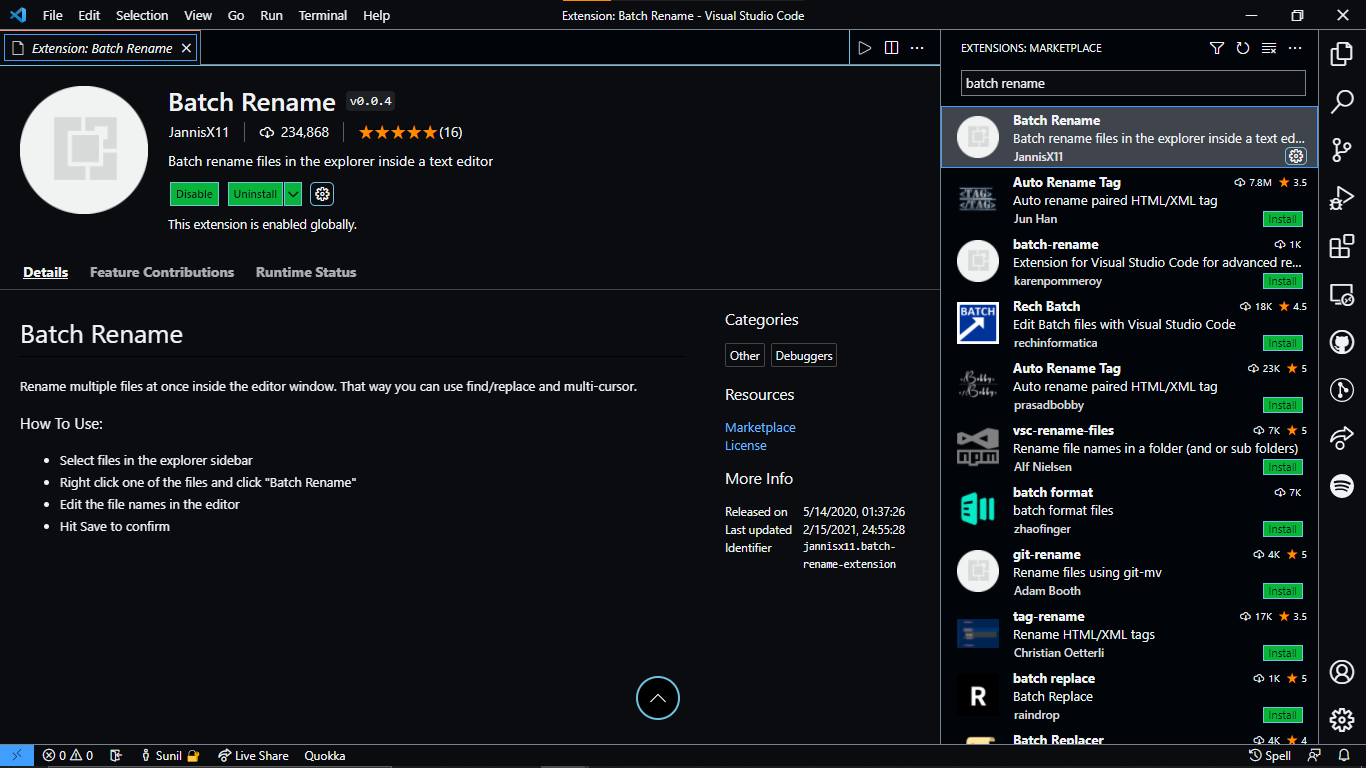 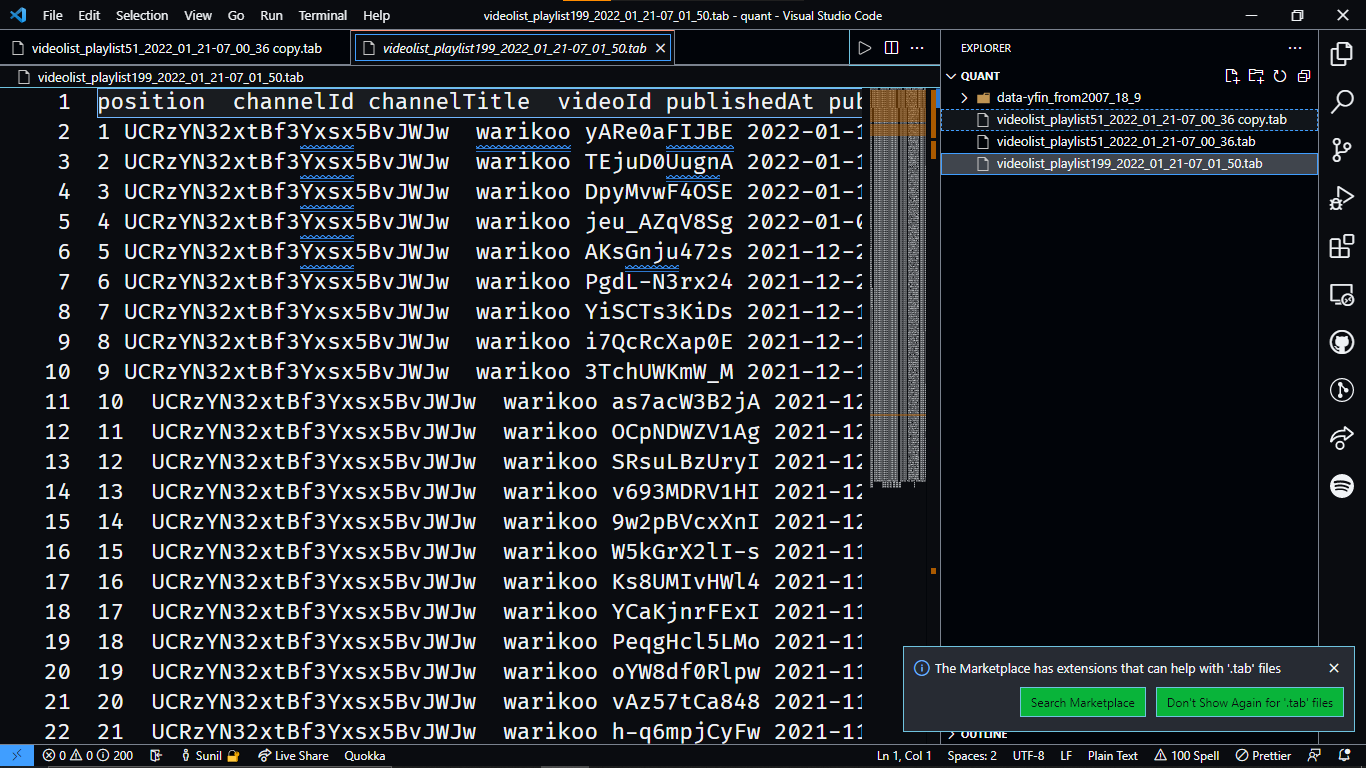 Open the folder in which your files are 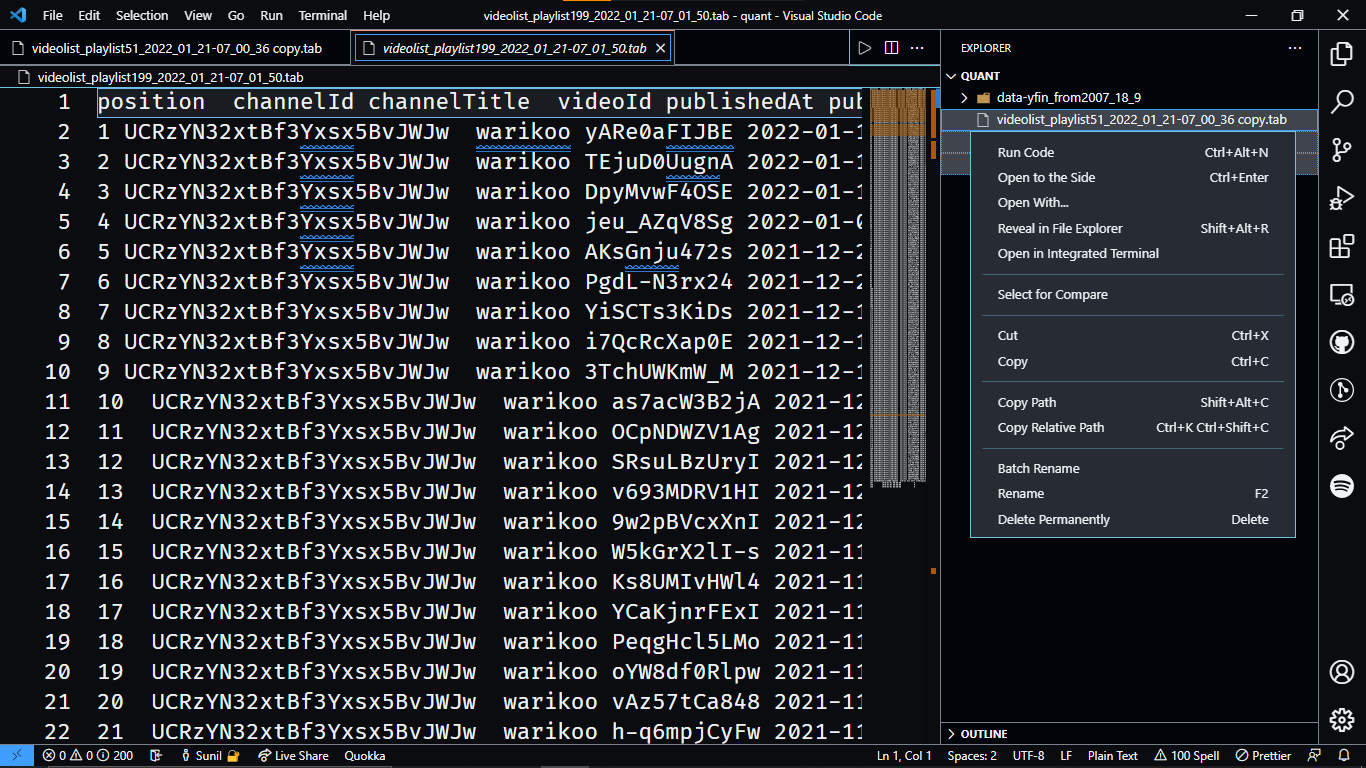 Select files you wanna rename, select the first file then hold Shift, and select last file all the files between will be selected or press Ctrl+Ain files tab. 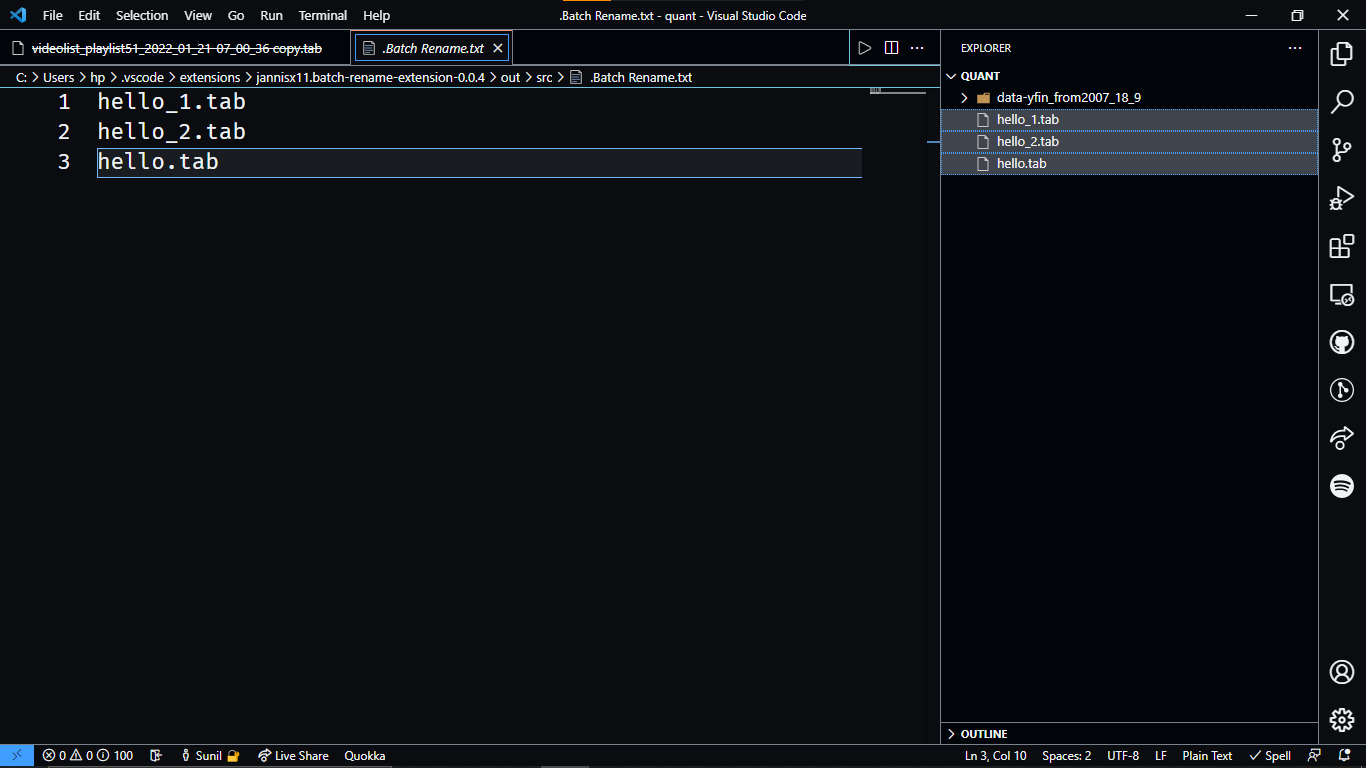 Under-the-Hood - This creates a temporary txt file of your file names which is self-destructing after you rename the files.

Upvote so that more and more people can get the solution.

1
Use sed to modify and execute previous command
0
Batch rename files using AntRenamer or equivalent
1
Linux commandline (outputting text pattern from files)
62
How to mass prepend text to file names?
1
How to organize files in accordingly named directories from command line under Linux
0
How to create a windows cmd script to rename files
2
Batch Files to Remove minus sign from Filenames
0
Batch rename files recovered by Photorec with their offset values
5
How to recursively copy and rename files in the same directory using Windows command line
1
CMD/Batch/Powershell Wildcard Search and Delete Files (in all sub-directories) with reserved names