I've noticed that a "restore point" is created when updating a Dell laptop computer using SupportAssist: 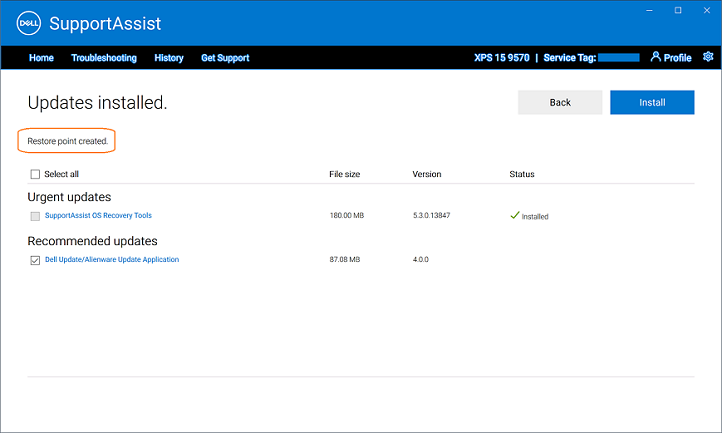 However, under the System Protection tab in System Properties, protection for DELLSUPPORT is off (as its is for all other drives/entries). 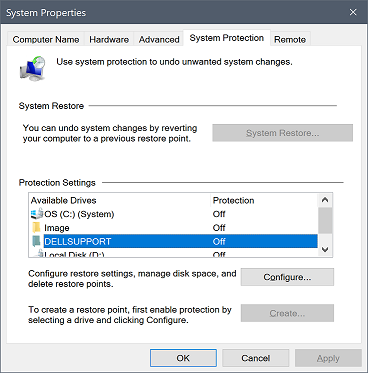 Furthermore, no disk space is reported as being used. 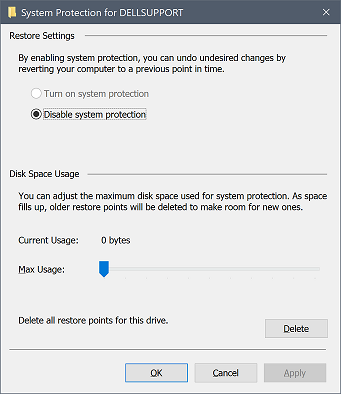 So what I'm unclear on is whether or not the restore points created from SupportAssist coincide with the DELLSUPPORT entry in System Protection, or is it created somewhere else, and where would that location be? If they do coincide, then why is there no disk usage being reported?

Also, should explicit restore points be avoided in case of potential conflicts with SupportAssist's?

Any software (Apps or Drivers) can create a Restore Point. Dell is no different in this regard - Lenovo does this as well.

If you need to go to a Restore Point, start with the latest one and if you still have difficulties, go to the one prior.

To your question: It is just fine for Dell to create a Restore Point.

It is good to remember that Restore Points can be cleared and are not always reliable. You can use what is there, or you may need a different correction if needed.

Also the newest points are best and older ones either get cleared or overwritten.

Restore point are OK but may have limits on their value

Not the answer you're looking for? Browse other questions tagged windows-10 dell-inspiron dell-latitude dell-xps windows-restore or ask your own question.

1
DELL restore not working
0
Swap drives between Dell D630 and D820
1
Dell Inspiron N5030 restore factory settings from Windows 8
8
How to clear 217Gb of <Unknown> space on my C drive?
1
Windows 10 restore points how do I make and use restore points properly?
1
Difference Between File History, Backup and Restore, System Image, and System Protection (Restore Points)
1
Schedule Windows 10 to create restore points and keep only last X number of points