My keyboard layout is quite messy. I study in Germany, my physical keyboard layout is German (QWERTZ), but since my program is in English, so is my OS language. In addition to that, I also quite frequently type in Russian for uni and work. (I have added Cyrillic stickers to my keyboard)

My problem is as follows: When I want to switch between keyboard layout settings, there are 4 layouts in my shortcut settings (German, German (Austrian), English, Russian), making it a pain in the ass to use hotkeys to switch. However, when I go to Settings > Time & Language > Language, there are 3 languages: English, German, Russian (No German (Austrian), which is in my shortcut).

Is there any way to remove English and German(Austrian) from the shortcut panel?

Note that the remove option for English is blacked out, going through options first leads to the same dead end. 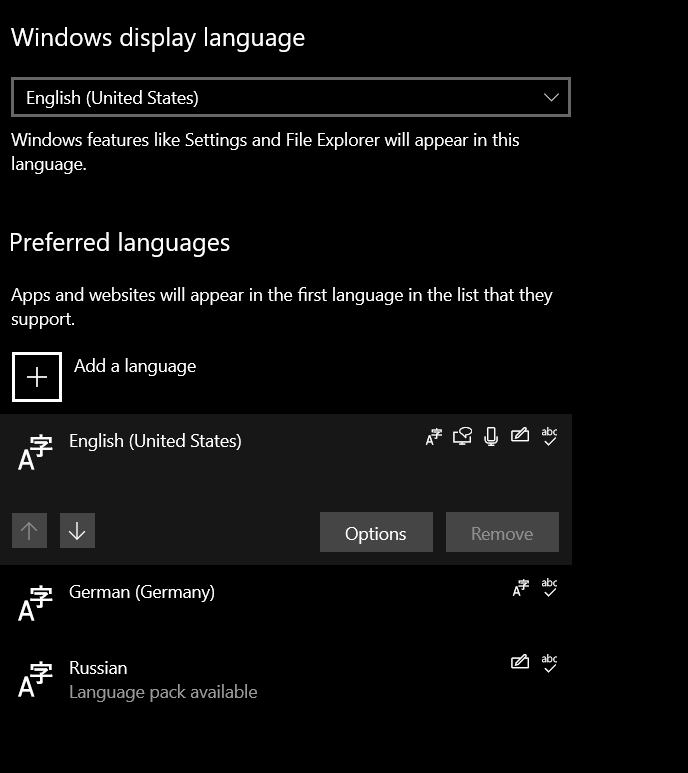 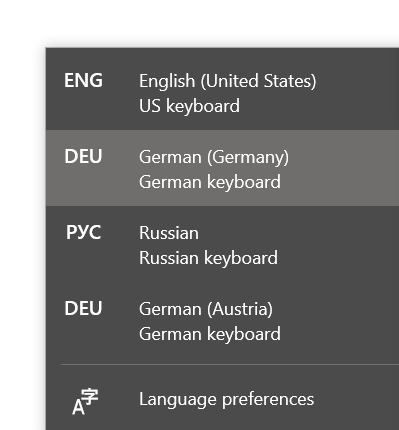 If you cannot find these languages under PC Settings > Time & Language > Region & language > Languages, I would suggest to try the following methods.

For more methods, please refer to this similar thread: How to delete a keyboard layout in Windows 10

139
How to delete a keyboard layout in Windows 10

18
Why does Windows 7 always automatically change the input or keyboard language?
4
How can this be: I can switch to a keyboard layout which is not installed (Windows 7)
139
How to delete a keyboard layout in Windows 10
2
Windows 10 English Display Language with Russian Input Method
1
Windows 10: Everything in English except for Keyboard (German)
0
German keyboard layout with Spanish and Pollish characters?
1
Preventing keyboard switching