I have a pdf that has blurry text. The text itself is readable but causes lots of strain.
This is an example of the text.

Is there a way to clear it up?

This is a raster layer which, unfortunately, also contains text. Arguably the simplest way to fix such PDF would be to use ABBYY FineReader (commercial, works on Windows, Linux, mac OS). A PDF or image file(s) are loaded and processed according to the desired scenario. For example, here we don't really need pre-processing and OCR works out fine after choosing English language for the document: 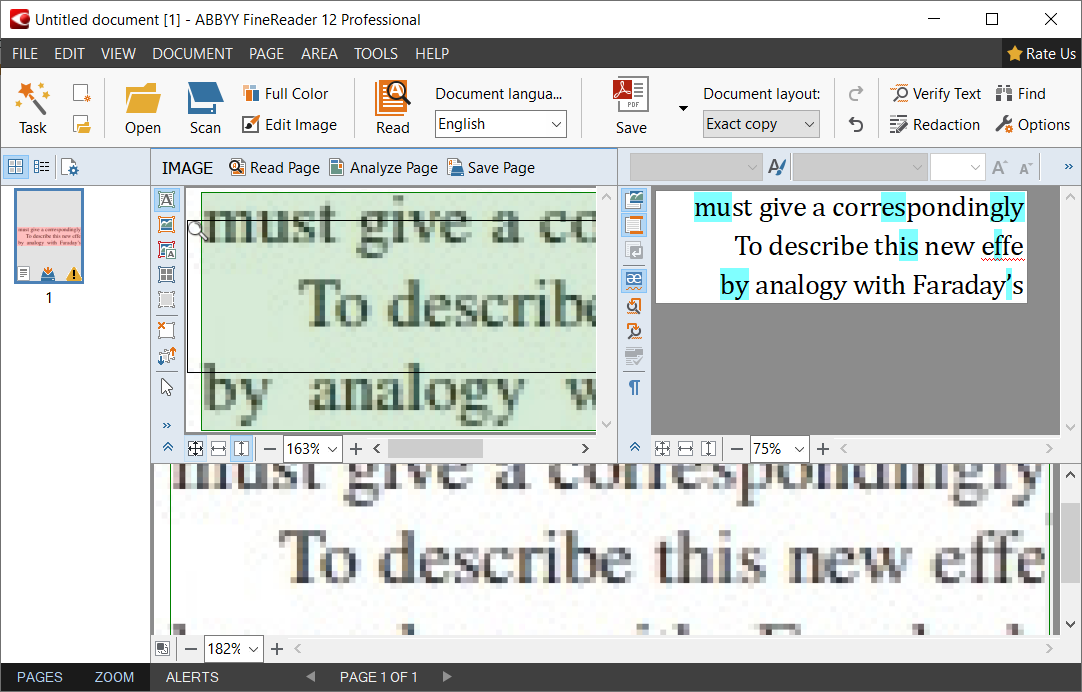 When saving recognized document, make sure to select Text and pictures only in Save mode section: 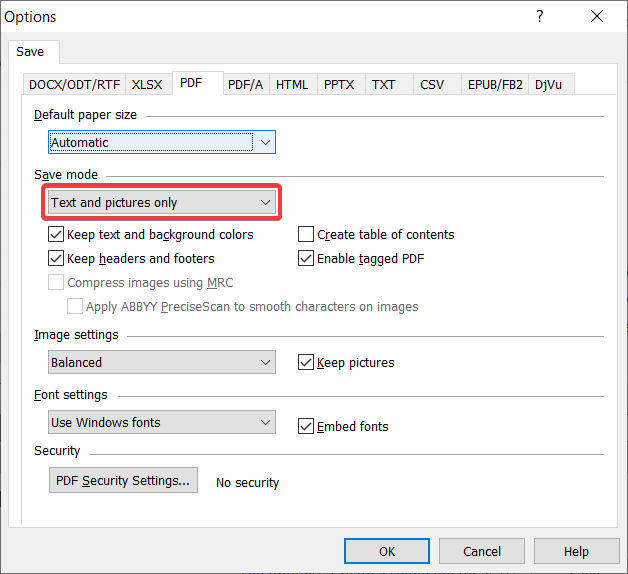 This would result in a "clean" PDF with vector fonts that are scalable without pixelization:

Alternatively, one can also other free and open-source OCR tools such as tesseract/Capture2Text/NAPS2 and use LibreOffice Writer/LaTeX to create a new PDF using recognized text.

The text has been rasterised - turned into 'dots'.

It should still be vector - using actual fonts which are drawn live to screen.

This could be because the document was scanned and is effectively just a photo, or because at some point in its history the expected font was missing.

The only real fix would be to find an OCR (Optical Character Recognition) app & re-scan it.

There's another possibility for the cause of the blurriness: A filter layer placed above the scanned raster layer.

I worked in a place some years ago that had document scanners in the network. You scanned your stuff, and the scanner sent you the copy via email - or you could have it sent directly to someone else's email address.

Occasionally, scans of text documents would come out really blurry. As the most IT knowledgeable person available, I got stuck with figuring out what the problem was.

It turned out that the scanner was incorrectly identifying text as a picture and inserting a filter above it to reduce the moiré effect that results from the dots of halftoned images and the resolution of the scanner.

You could fix those blurry text scans by using a PDF editor to delete the filter layer above the text.

I never did figure out why some scans had the filter and some didn't. Some bug or edge case in the halftone recognition algorithm - who knows.

You blurriness probably isn't caused by a filter, but it is something to keep in mind.

Not the answer you're looking for? Browse other questions tagged pdf ocr or ask your own question.

1
Stripping Non-Text from a Scanned, OCRd PDF
3
Replace (OCR) garbled text in PDF?
0
How can I extract text (text only) from a PDF of sheet music?
4
Copy pdf text layer to another pdf
1
OCR and layer text in pdf
2
DjVu hidden text → PDF?
2
How to convert all text in PDF to image