How to get GIMP to recognize Images or Pictures folder as the default folder for images?

The computer I'm currently using (Lenovo ThinkPad, Windows 10) doesn't have a DVD-ROM drive, so I can't install an old version of Adobe Photoshop or Photoshop Elements. I'm making do with GIMP 2.10.14. It's one headache after another to do simple things I took for granted on Photoshop Elements. It's as if they went out of their way to put each thing in the place you least expect.

Even a simple Java program can query system properties and find a user's home folder and temporary data folder. It's not guaranteed, but you can usually find the following folders in a user's home folder: Documents, Images (or Pictures), Music and Videos. I've used Photoshop and Photoshop Elements on Mac OS and Windows, and they always correctly identify Images or Pictures as the default folder to save images to.

But not GIMP. For some reason, GIMP chooses Documents as the default folder. The damn thing doesn't even remember where I saved in the previous session. I suppose it could be worse, it could be saving to the .android or the 3D Objects folder in my home folder.

Is that it? Or is it something else? If I can't get GIMP to remember at the beginning of a session where it last saved in the previous session, can I least get GIMP to choose the Images or Pictures folder as its go-to for saving files?

Note: I started typing this question on Stack Overflow but because the solution might not involve programming or scripting, it was suggested I should post it here. Or maybe it should go on Graphic Design, I don't know, it doesn't seem like a graphic design question.

There are too many references stating that this is not possible (an unlikely echo chamber?), including specific gimp forums. The closest workaround is like this (check the link for images)

How To Add A Default Export Or Save Folder in Gimp

Gimp is a remarkable open source graphics tool but there is one feature that some users find frustrating and clumsy. Whenever you want to take an image out of Gimp it will open a default folder for the image to be exported or saved to. It can be tedious continually navigating away from this folder to the location you would prefer to export to, but there is a way around this. Follow this short tutorial and you will be able to add folders to the export window for quick and easy access.

1/ When you have finished manipulating the image in Gimp select File > Export As (Shift+Ctrl+E) and the export window will open.

2/ Navigate to the folder you prefer to export images to and select it from the list in the middle of the export window (an example is highlighted in blue, above).

3/ Now click the '+' icon to the lower left of the export window to bookmark the folder highlighted in red).

Once you've hit the '+' icon the folder will be added to the left of the export window (highlighted in green, above). Although Gimp won't automatically open this folder the next time you want to export or save a file, it will now be easily available. All you'll need to do is click the folder to export to it.

This is a simple tip to make exporting images and saving Gimp files much easier and will hopefully save you time navigating to your preferred folders. If you export or save files to more than one folder, you can repeat this process for each folder you use, and they will all be listed to the left of the export window.

As regarding environment variables, the GIMP documentation only lists some very few that it respects. I already mentioned in the comments the free Paint.NET, which is a clone of the old Photoshop interface.

GIMP itself has no configuration for a default save folder. The only solution I found only makes that location easier to set with one click:

1. Export the Image. First use the 'Export Image' as usual: 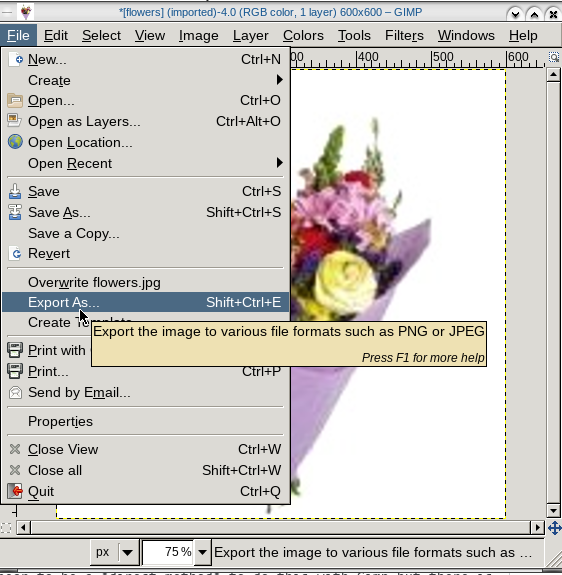 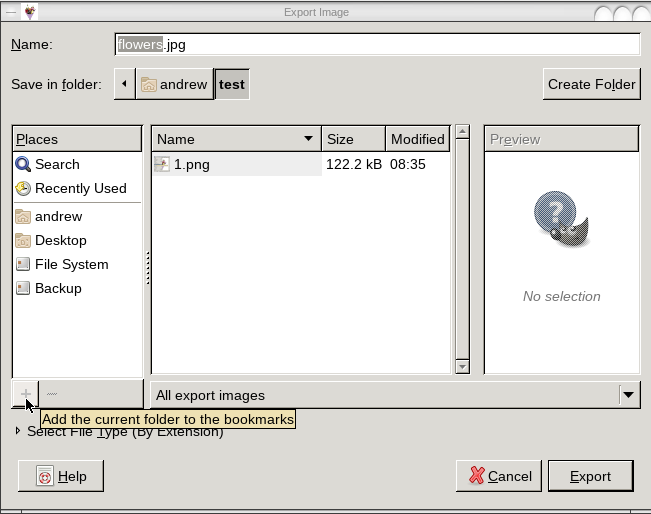 3. Export your next image. Next time you Export an image you will see your desired location in an easily accessible, single click location: 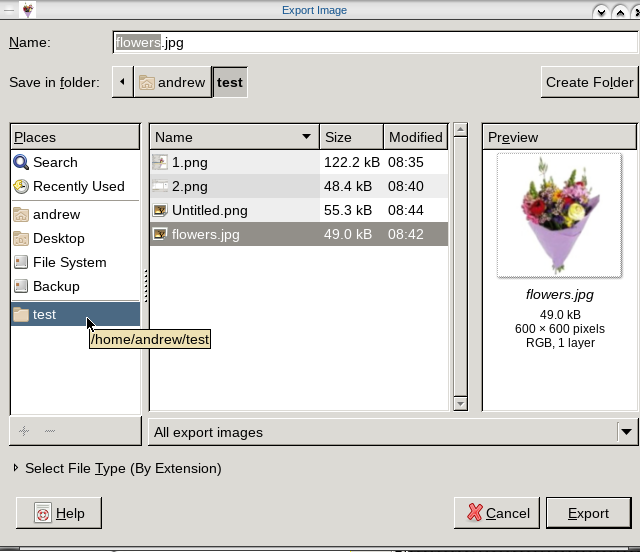 Not perhaps a perfect solution but this will hopefully fulfil your needs...

Not the answer you're looking for? Browse other questions tagged adobe-photoshop gimp or ask your own question.

0
graphics files as source code containing a series of actions
1
How to slice images in gimp?
1
How can I get the colorize effect back to GIMP?
6
GIMP: How to hide top bar that shows opened images?
0
Influencing Permissions-Handling on Fedora with Gimp?
2
Intuos Art not working with Adobe Photoshop CC & Illustrator CC
7
GIMP: Set All New Images to Default Transparent Background?
1
How to get rid of the Gimp 'Tool Options' box?