Have been getting weird errors on my dev machine since the last windows update, exemplified by git failing to install : 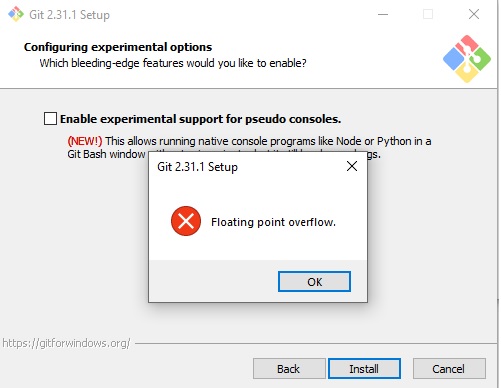 And also cryptovoxels website not working in chrome or edge (a 3D webgl site), but it is working in firefox. Do they use different rendering engines ?

I have tried a fresh install of windows but still get the same problems, is my cpu borked ?

(apologies if this isn't the best place to ask)

Seriously going to get a Mac.

Browse other questions tagged windows-10 git or ask your own question.