Why is the log-in for Guest User on Windows 10 not showing in Start Up along with other Users? 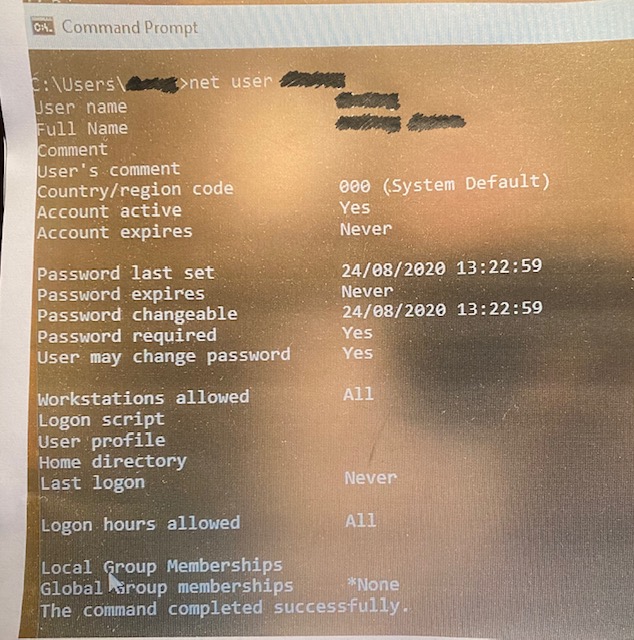 Guest was a legacy of earlier versions of Windows, i.e., v. 7 and 8, but it is no longer actually usable. In those earlier versions, a Guest account was created while installing Windows, and that account could be used to allow temporary users "limited" privileges. As of Windows 10 build 10159, though, that account was effectively disabled, though it still shows with net user command.

As the article referenced states, the account can appear to be made active, but, unless someone created a local account on the PC, it cannot be used. Look under C:\Users to see if such an account actually exists.

Not the answer you're looking for? Browse other questions tagged user-accounts login guest-account or ask your own question.

1
Grant permission for specific other AD users to unlock/log out user from PC
0
What are the reasons for these strange user accounts in Windows 7?
5
How do I remove a user account which is invisible on the logon screen or user manager for Windows 7 Home Premium?
0
The same user profile and other user icon shown twice on the log on screen of windows 7 pro
5
Can I create a Windows user account without the ability for an interactive user login?
27
Why is the guest account missing/broken in Windows 10?
0
Windows 10 skips initial screen, goes right to screen saying user locked out; can't select another
1
Installing software for other users in Windows
2
Windows 10: Prevent guest users from deleting files in another drive
0
At startup, OS tries to log into nonexistent (?) user account