Unable to get iHome Bluetooth keyboard working properly with macOS

The model name is IMACK134. I bought it at Walmart. They're sold elsewhere of course.

So, I can connect it through Bluetooth to the Mac just fine, but I get the "cannot be identified" prompt: 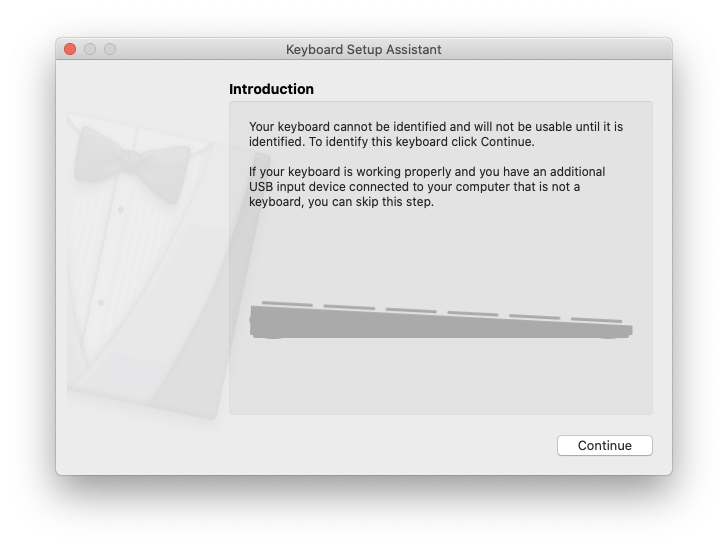 When I click "Continue", it asks me to tap the key immediately to the right right of the Shift key (which would be the Z key), so I tap that, and a drop-down box appears that says the keyboard can't be identified: 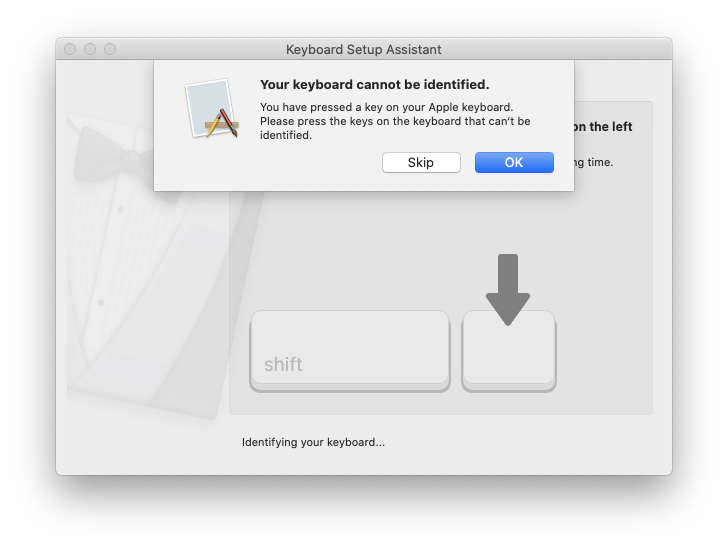 If I click OK, that drop-down window disappears, then tapping any key goes "bonk". The only thing I can do is close the box, go to Mac Settings > Keyboard > Change Keyboard Type, which pops up the "cannot be identified" box again, then after hitting Z, pressing "Skip"... and then I can select ANSI (US type) which I did... but the keyboard still has some problems.

The Command and Option keys are switched... even though they're labeled like an Apple keyboard, including having the icons. I have to go into keyboard settings and switch the modifier keys.

Another problem is that the tic/tilde key prints § (or with Shift prints ±)... I haven't found how to change this in settings, or even which button(s) will print the tic or tilde! There seems to be some solutions online for this (like Alt+N but the keyboard has no Alt button), but they seem to print a weird underlined tilde or something else that looks like a different character.

Has anyone else actually tried this keyboard?! I mean, it's built for Mac, obviously; it's called "iHome" (a reference to iMac), its model name has IMACK in it, and its button labels match Mac keyboards... I'm just blown away that this doesn't work out of the box. I realize it's also compatible with Windows, but it seems to be behaving worse with a Mac than the keyboards I've tried that were built with Windows-first in mind that also mention they're compatible with Mac.

Note that I'm not trying to advertise the keyboard or a certain store (and pointing out problems with it is not good advertising).

I'll be happy to get an Apple keyboard... but I really was expecting the iHome people to have used their own keyboard with Mac enough to not have these kinds of problems without an easy solution somewhere. The manual doesn't mention any of these issues.

I could only fix this for the iHome keyboard using two things:

This works on macOS Catalina and Big Sur.

It's too bad it needs 3rd-party software or special permissions to work right; it's kind of ridiculous that a keyboard made by "iHome", meant for Macs primarily, and that has Mac-specific key characters painted on the keys just doesn't work out of the box without external software from another provider. Nothing like this is mentioned in the manual. I'd be just fine if iHome disappeared from my perception at this point.

Not the answer you're looking for? Browse other questions tagged mac keyboard or ask your own question.

38
How do I press the Fn key using a PC keyboard on a Mac?
3
Lost USB BlueTooth Dongle for Keyboard and Mouse
6
Using keyboard attached to PC or Mac as Bluetooth keyboard for iPad?
16
How secure is Apple's Bluetooth keyboard?
0
How can I share a WQHD monitor & Apple bluetooth keyboard/mouse between a Mac and PC?
42
What do you call a keyboard with a bar-shaped Enter key?
5
HyperX Elite Keyboard not working correctly on macOS High Sierra