How to find out the reason, why my PC can't run Windows 11?

I installed the health check app, but for some reason, I get this result: 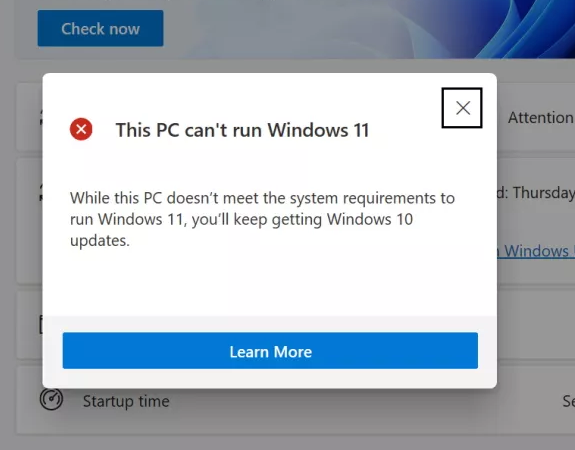 How is it possible to find out exactly, why it fails?

WhyNotWin11 gives me this result: 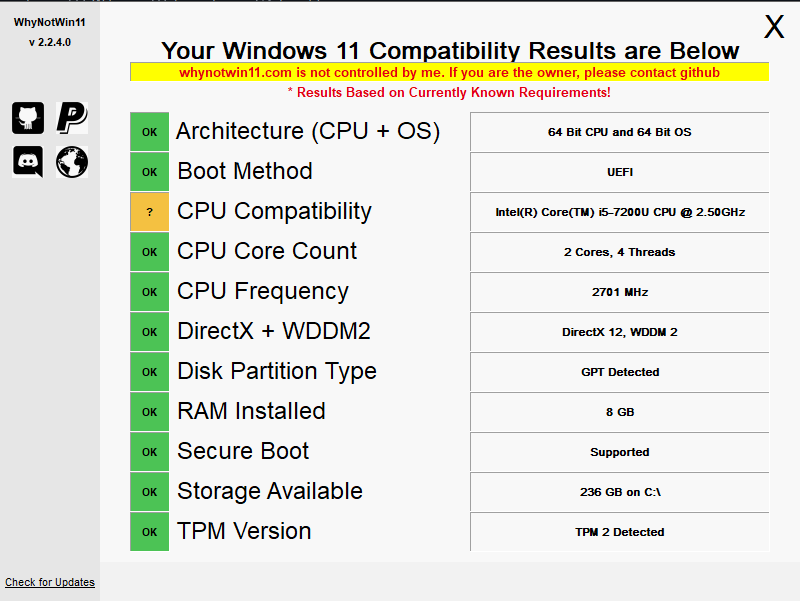 I have a 15-ay108nh laptop. As far as I know, it supports all the required features.

You have an i5-7200U that is not on the list of supported Intel processors, so your system does not meet the minimum system requirements to run Windows 11, so the tool indicates your system isn’t compatible.

Microsoft has indicated that not the Insider Preview will enforce all the requirements builds of Windows 11. However, they have stated that if you upgrade your system to one of these builds and ultimately do not satisfy the system requirements for Windows 11, it will be forcefully downgraded to Windows 10. I have provided a table that explains the Windows 11 Insider Preview compatibility here.

Your system could also be failing the requirement for Secure Boot if it’s not enabled. It would be best if you didn’t consider the requirements for Windows 11 to be finalized until Windows 11 is released later this year.

As already indicated, if for some reason you have a functional dTPM but it’s 1.2 instead of the disabled fTPM that your processor supports through Intel PTT, that also could be a reason.

Since I see many questions, using this as a duplicate WhyNotWin11 appears to be more information today than the Microsoft tool.

Not the answer you're looking for? Browse other questions tagged windows windows-10 windows-update windows-11 or ask your own question.

18
AMD fTPM - What does this firmware option do?
0
Why is Windows 11 not supported on my hardware?
1
Will TPM and Secure boot complicate hardware upgrades and changes?
1
Does Windows 11 need Secure Boot and TPM to be present and enabled, to run?