Is there a built-in method for computing an SHA-1 or MD5 hash in Windows 7? [duplicate]

Is there a built-in method for computing an SHA-1 or MD5 hash in Windows 7?

There is no built-in utility, however Microsoft provides a command-line utility as a free download:

Availability and description of the File Checksum Integrity Verifier utility

I use the HashCheck shell extension:

It's not exactly built-in, but at least you don't have to download any new software to make it work. You can create a powershell script to compute the MD5sum of files. The actual script can be found here:

Copy that text into a file called something like, "ps-md5sum.ps1" and save it somewhere. When you need to compute the hash of a file, open up PowerShell in the directory of the file you need to check, and then run it:

And it should return the hash of that file.

Again, nothing built in, so I use HashCalc. 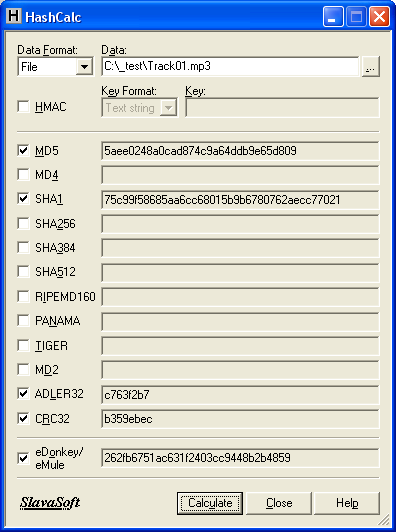 Arpoon Checksum is also nice, as it doesn't require installation 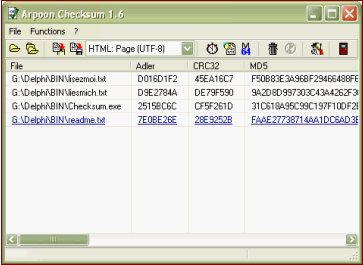 In addition to all the great options already posted, there's also md5deep/hashdeep, an open source hash calculation suite for Windows (but can also be used in *nix and OS X systems) that supports:

To use it in Windows, you can either install it in Cygwin or you can just include the md5deep directory in your %PATH% variable. Though I personally prefer the following setup:

Not the answer you're looking for? Browse other questions tagged windows-7 windows md5 sha1 or ask your own question.

5
Is there a way I can compute MD5 or SHA hashes on Windows and Linux without the need for a specific application?
79
Looking for MD5 utility that integrates to Windows
788
Is there a built-in checksum utility on Windows 7?

2
md5 hash is different on a file split, cat back again
4
Why do sites offer an MD5 hash of a file?
2
How to download an image with wget and save it with the md5 hash as name?
0
SuiteCloud IDE on Eclipse (Both latest versions) - Hash md5 errors
35
Can a file be maliciously changed in a way that maintains its original SHA-1 Hash?
8
How to create md5 hash via Arch Linux commandline?
0
Can MD5 Hash be reversible or crack?