How can I use Excel Formulas to return multiple values using nested IF statements if I need one of the returnable values to be blank?

I am using a workbook to manage some personal workflow tracking and I have toggles that mark H column cells as "True", "False" or having a zero character string ("") and I can not get the cell formula to see "" as "" for the purposes of clearing out the working cell.

I am using this currently

But it does not work. 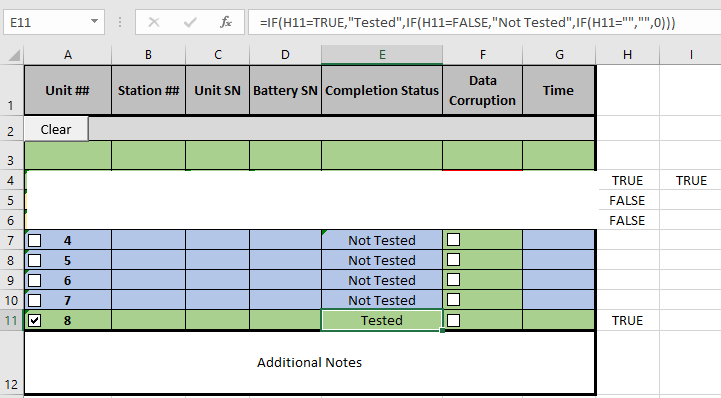 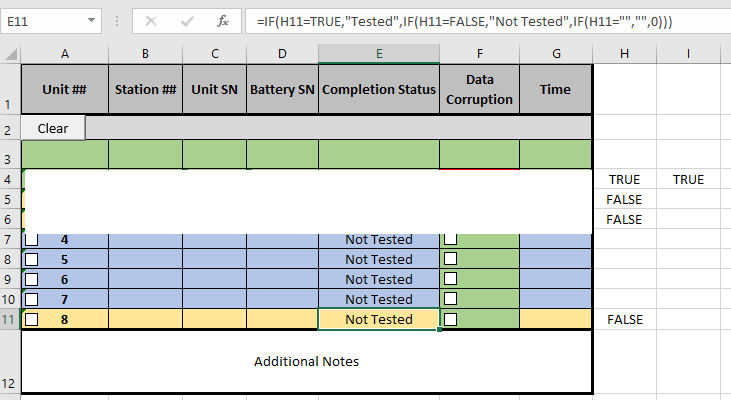 but if H is blank or contains a zero character string it doesn't print a zero character string, or alter the contents of the cell containing the formula at all the cell remains containing whatever the last thing printed to it was. HOWEVER the conditional formatting applied to the entire row does still turn it blue and the reference cell is the rows H column cell and the reference it checks is for "". So it is clearly seeing "" in that cell otherwise the conditional formatting wouldn't apply. 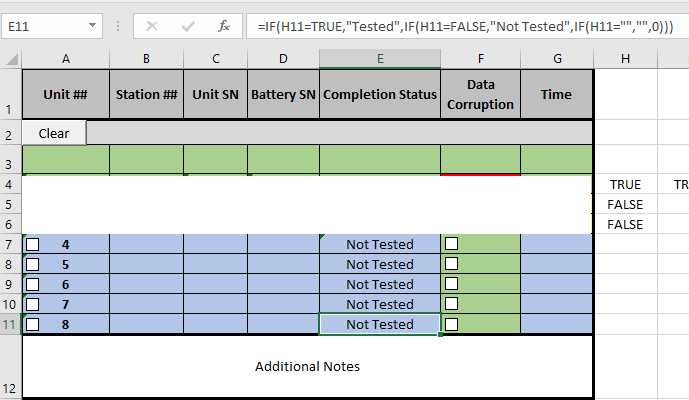 This is what I use to change the row-in-question's formatting for each of the 3 states and you can see in the pictures that is is clearly functioning.

When you are using a formula IF(H1=FALSE,[VALUE IF TRUE],[VALUE IF FALSE]) the formula checks for a FALSE or a blank cell in H1.

If you wish to retain your current requirements, put the if blank at the beginning.

The "ERROR" bit will highlight an error in cell H1