I've got UPnP disabled, it's not a remote management port, and it's not open on the WAN side. I can't find anything in Netgear's documentation, and searching online doesn't find anything either. A few people seem to have noticed, but no one actually has an answer. I've also created a firewall rule blocking outbound access to that port, and it's still open, so it's actually the router that's listening on it.

Does anyone know what this could be?

Hex ff = Decimal 255, so logically the response you are receiving is equivalent to

There are a number of things that MMCS could be, such as the MultiMedia Class Scheduler that Vista is able to use to get priority for multimedia traffic over the network. It would explain why the port is only open on your local network too.

So I'd say it's most likely a port that allows the Windows MultiMedia Class Scheduler to talk to the router to prioritize traffic, but it could be some weird funky mobile phone network stuff.

Actually, this appears to be a software back-door included by the manufacturer as described here and exploitable using this script.

So far non-vendor related persons have reported there are back-doors in the following routers: Linksys WAG200G, Linksys WAG320N (Firmware V1.00.12) and Netgear DM111P. But it seems the following devices (yours included) may also be present, Netgear DG834, DG834G WPNT834 DG934, WG602, WGR614 router, Linksys WAG160N and DGN2000, WAG120N wireless-WRVS4400N. It seems likely this back-door is present in other devices as well.

This is MIPS port which is present in SerComm manufactured, routers and home gateways devices (Linksys, Netgear, Cisco) used for firmware upgrades.

This is managed by scfgmgr process which is listening on port 32764.

When accessed via telnet, data prefixed by ScMM or MMcS (depending on the system's endianess) seems to be returned.

It's very simple binary protocol with header (0xC bytes) followed by a payload.

Currently it's famous for heap based buffer overflow which can give you full access to the device (a backdoor). This was discovered by Eloi Vanderbeken in Christmas 2013, however it was probably known by Chinese hackers back in 2008 (cgi file).

Here is how to works. 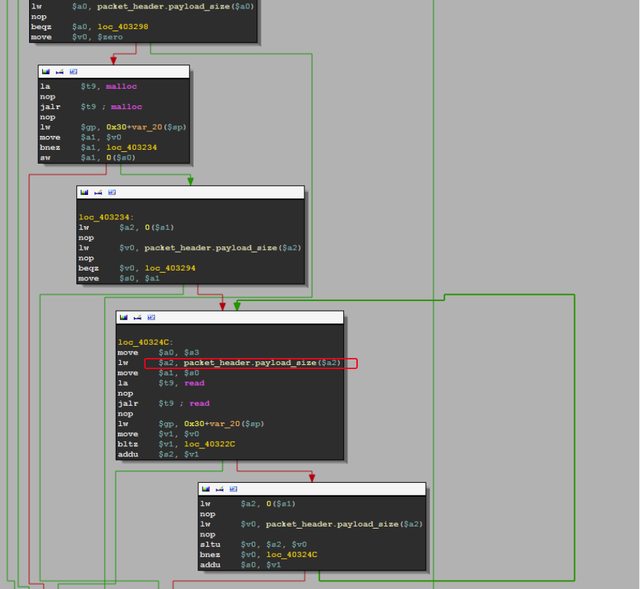 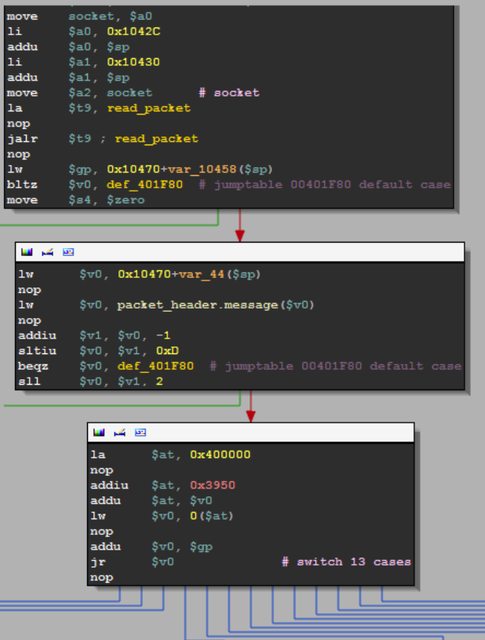 So using simple overflowing message can give a lot of interesting details:

However this could cause the configuration to be reset, so don't do it at home.

Here are few reversed commands performed by the router executed via this port.

Normally that kind of ports should be officially by IANA.

This is what unSpawn replied at LinuxQuestions in 2007 related to this port:

If it's an officially IANA-assigned port (with a number between 0 and roughly 30000) then its number should correspond with a service in /etc/services ('getent services portnumber'), the services file of a scanner like Nmap or an online database like Sans' ISC.

Also note these are static number-to-service mappings and while for instance /etc/services will say TCP/22 matches SSH that doesn't have to be the case in a particular situation,

Else if it's a port of which you don't know which process did bind to it then if you have access to the host you can interrogate it using netstat -anp, lsof -w -n -i protocol:portnumber or fuser -n protocol portnumber. This is the most accurate method,

Else if you do not have access to the host you could interrogate it by for instance telnet'ting to it. This is not an accurate method and in the case of a compromised host you may alert the intruder you're on her case.

Not the answer you're looking for? Browse other questions tagged router port or ask your own question.

2
Is forwarding to port 9 (discard) essentially the same as blocking a port?
0
Why does my router have an HTTP server on port 5555?
0
Router switching of local LAN
0
Using lsof and fuser I can't find the process listening on a strange port
0
Port works properly in local network but shows as closed in port scanners for remote access
3
How does port triggering know what ports to open?
0
Router port forwarding is unsuccessful (can add them, but they don't seem to open)