I'm trying to install Solaris 10to a computer without an optical CD/DVD/Blu-ray drive.

Here is what I have now:

And here is what I have tried but failed:

Did someone succeed such thing? I mean, write the content of ISO to USB disk, and install Solaris using it.

After having a lot of failures with unetbootin (I haven't the foggiest why people still recommend it), I found that with some work you can actually does this pretty easily.

You'll need a program capable of exactly copying a partition or drive, bit for bit, including the Master Boot Record. Some are included with Windows that supposedly work, I use a complicated VMWare method, and there are plenty of others (free and not) available. Just Google "disk drive cloners" (sorry, I don't have any recommendations).

All you need to do is mount the disc image as a drive and clone that drive/partition to your flash drive. Works perfectly most of the time and is lightning fast (not as fast as unetbootin, but then again, it works).

I've tested the method on Windows, DOS, Ubuntu, Puppy Linux, GPartEd and CloneZilla, and Mac OS X. Worked great on all of them. As long as your system can boot from USB, it should work. There may be issues if it isn't capable of reading a CD filesystem in the BIOS, but if the BIOS can boot from CD and USB (but no CD hardware exists), you should still be fine.

However, you may want to check and make sure your Solaris image is valid. A corrupt kernel error is often the result of a bad disc image. It's not a big deal on flash drives you can re-write, but if nothing works and you keep getting the error, double-check the image.

I would say that this would work, I have seen it work on a couple of Linux distros. Here are Linux Instructions (not sure for what distro exactly, I dont do much with Linux), and here are Windows Instructions.

They seem to be simple generic ISO to Flash Drive programs, so its basically the same as writing it to a CD. Cant say I've ever tried it with Solaris though.

Rufus to make bootable USB's from ISO's. I think it was written by someone just as frustrated with ISO=->USB creation as you are at the moment. 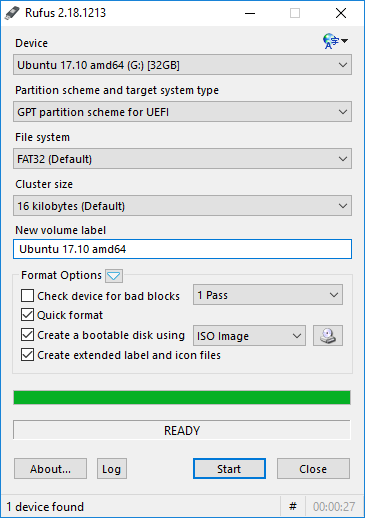 In my own experiencs when UNETBOOTIN failed, it was always Rufus that worked and became my sole bootable ISO --> USB maker.

It's fast, it formats the USB drive for you and it has superb boot loader detection and also self updates itself or just versions of Syslinux if it detects a possible incompatibility. 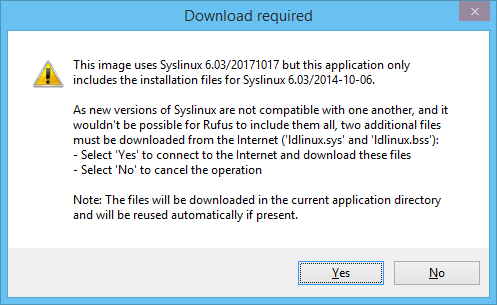 Not the answer you're looking for? Browse other questions tagged usb installation solaris-10 or ask your own question.