What is this type of SSD called?

I have a very old laptop that was state of the art when originally released, back when SSDs were starting to enter the consumer market. When I bought mine, it was advertised as a 500 GB SSD Ultrabook, but it was always too slow to actually be an SSD.

I've finally decided to open it to see if my atrocious network card could be replaced and it turns out there was an SSD all along! It's a 24 GB SSD drive most likely to be used for fast booting (which surprises me because the boot partition had never been there to begin with): 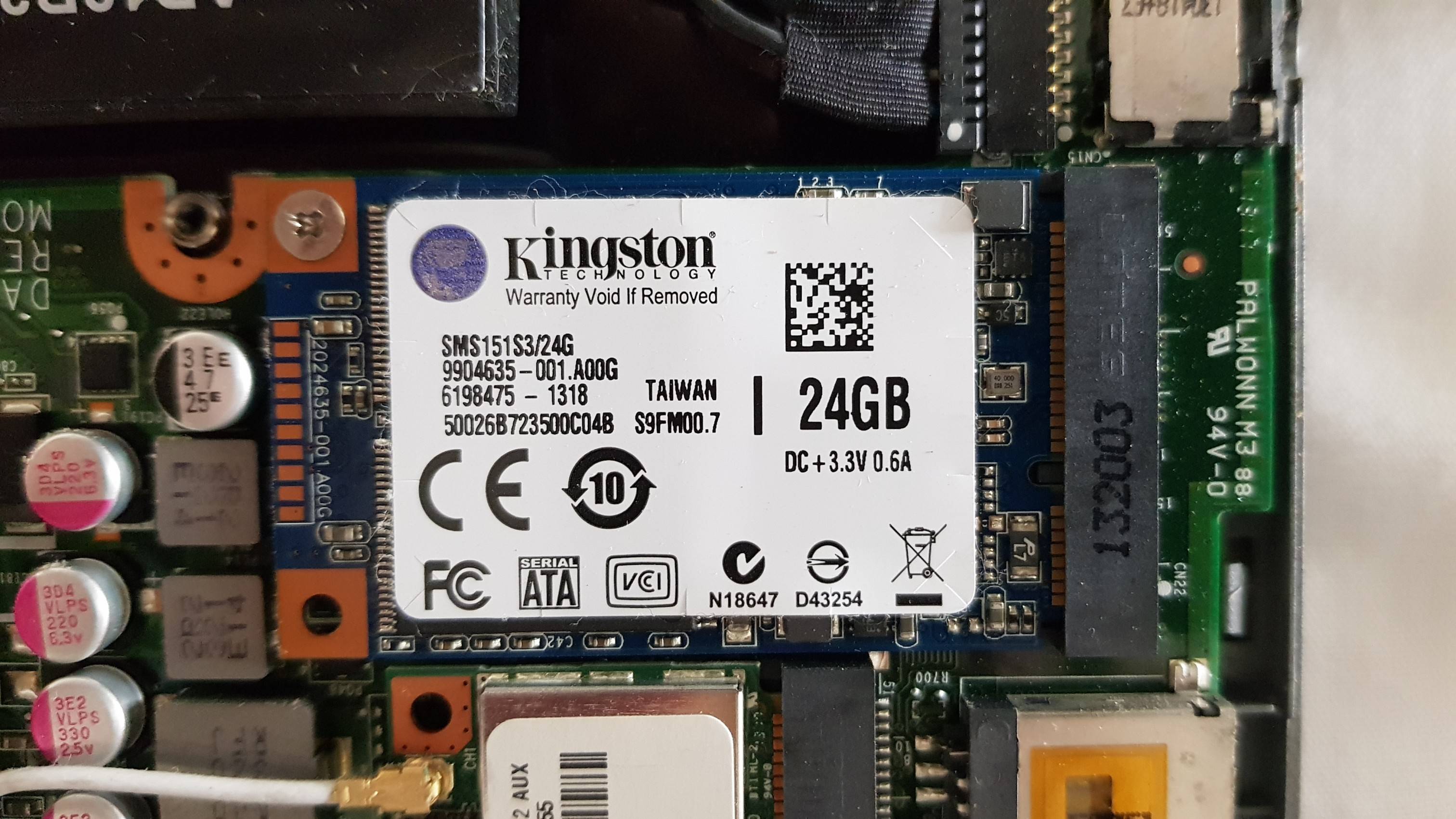 However, I don't know what this type of SSD is called. I would like to replace it but nowadays SSDs are longer than this one (which is about 5 x 2.5 cm) and the capacitors on the left prevent me from using them.

So is there a specific way to refer to these SSDs? Are they still being sold today?

Is it preferable to have a larger SSD in its place or should I simply remove this drive and aim to replace the HDD with a SATA SSD?

Most likely this SSD is/was used as part of an ExpressCache setup. The idea is/was to offload certain caching operations of the HDD onto an SSD for speed. It may have been advertised as a "hybrid drive" or "solid-state cache" or similar. In my experience the benefit is rather marginal.

The SDD is probably only useful when running the proprietary caching software that came preinstalled on the machine. On my Y510p, this disk shows up in Windows as an OEM partition on Disk 0 in Disk Management and I can't, for example, format the volume to make it available to the filesystem for storage or as a boot partition. The software runs as "ExpressCache Service".

Replacing it with a higher capacity mSATA SSD might eke out some more performance if you can somehow make sure that the caching software recognizes it. I don't think you'll be able to use that slot to mount another storage device.* If you install a SATA SSD to replace the HDD, you might even consider disabling the caching software and removing this SSD, as there will be no benefit to having an SSD cache for an SSD.

*Edit: I searched around a bit and found a few stories (example) of successful use of the mSATA slot to mount a drive to be used for boot or storage. I would be careful, as this use was probably never tested or recommended by the manufacturer.

It's mSATA as seen here: 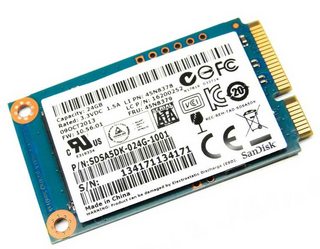 A search for the laptop manual, should have told you.

24GB is not huge, replace it if you must, but I would look for a new laptop.

it's mSATA, it might be faster and easier to google the part number (SMS151S3/24G) to get an answer for similar questions (that's how I found it and got this https://tech4drive.com/product/SMS151S3-24G) the laptop may not support a newer or bigger SSD, and it also may not be worth replacing anyway, there are likely other bottlenecks in your hardware, if you replace the regular 2.5" sata drive with a ssd it will be more likely compatible if you get a new computer

As others have pointed out it's a MSATA SSD.

MSATA uses the miniPCIe form factor but with the high speed signal lines used to carry SATA instead of PCI express. Some slots may support both PCIe and SATA.

The intent with the drive was almost certainly for it to be used as a "cache" drive. The drive would be used to store copies of frequently accessed data thus improving performance without the expense of a large SSD.

On Windows this would require third party software which was likely to have been bundled with the machine when new, but may well have been lost during a re-install. On Linux there seem to be two SSD caching implementations in the kernel, but I'm not aware of any distro setting one up out of the box.

In other words, for only slightly more than the cost of a mSATA drive you can get a 2.5 inch drive of double the capacity. Given that, is it worth buying the mSATA drive so you can keep a HDD in the mix? Only you know your use cases well enough to answer that.

Also when I look for mSATA SSDs the top tier brands like Intel, Crucial, WD, Samsung and Kioxia seem conspicuous by their absence other than what appear to be a handful of old-stock models. Perhaps I'm overly brand-loyal but I'd be reluctant to go mSATA for this reason.

Not the answer you're looking for? Browse other questions tagged ssd hardware-rec or ask your own question.

2
Replace Optical Drive with SSD, affect battery life?
0
Finding out SSD compatibility with motherboard
0
How can I know if my Crucial 2.5 SSD can be powered with one usb
2
Dell 5570 and SSD
14
Lifespan of an SSD (NAND Flash) for minimal write use archive purposes: Write once, toss in (proverbial or literal) storage closet