I tried all network configurations and also tried to port forward to the 5555 port from the localhost itself thinking I will be able to connect to the host machine using the ip address and a port that is forwarded to the Android emulator port but I am either not using the right commands or that is not the actual way. I read a lot about remote adb debugging over tcp but none of those helped... It usually shows connection refused or does nt show anything at all and times out.

What am I missing? Can anyone help? 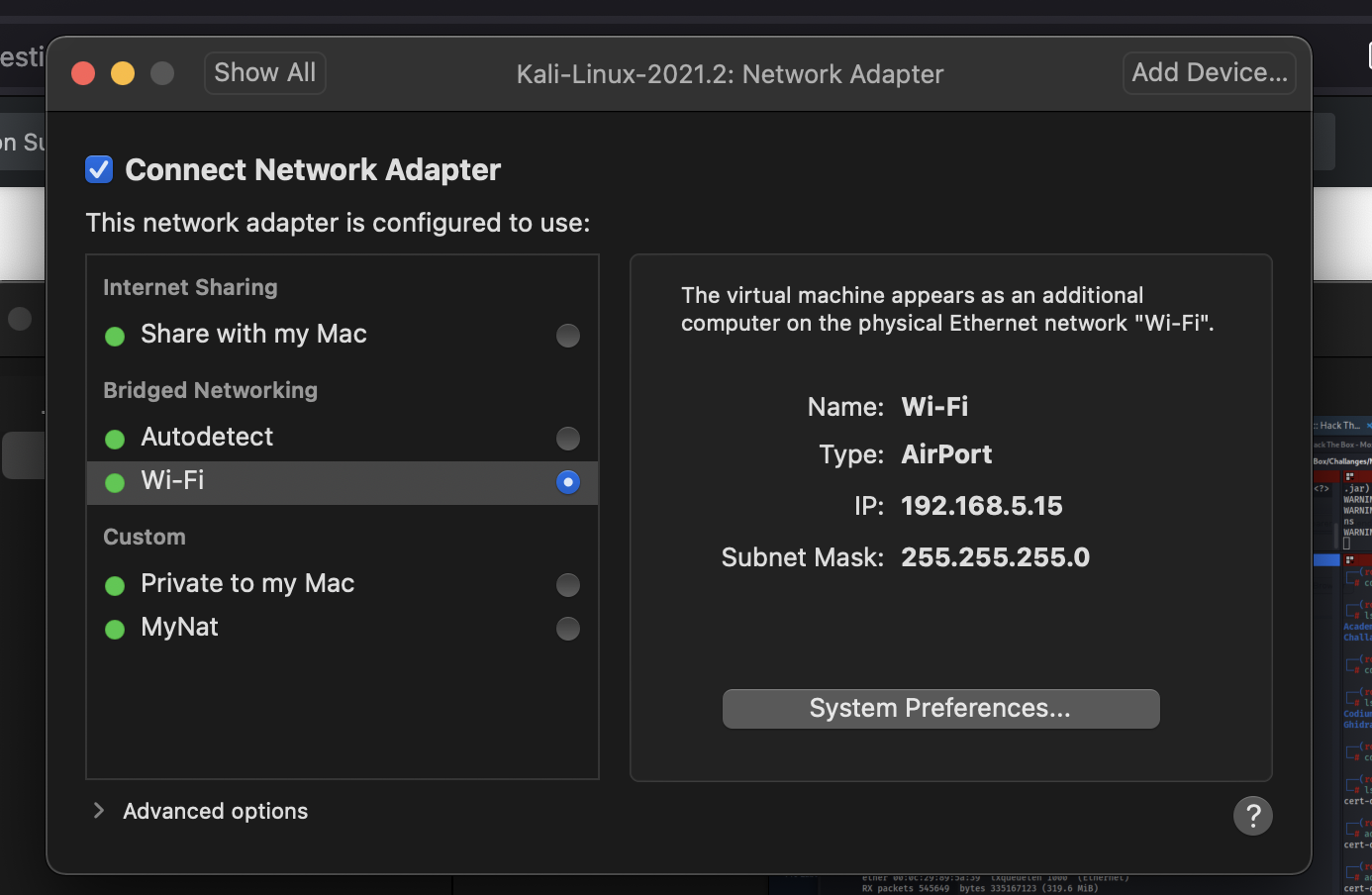 I kept switching between configurations and after they were updated and propogated to the linux guest machine, I tried connecting to (and pinging as well) the ip of the emulator. The emulator does show an internal ip of 10.0.2.16 which is an "emulated ip" I assume? Which I cant really reach. Although the image shows I'm currently using WI-FI configuration, most of the time I'm using MyNAT which is a custom NAT configuration. 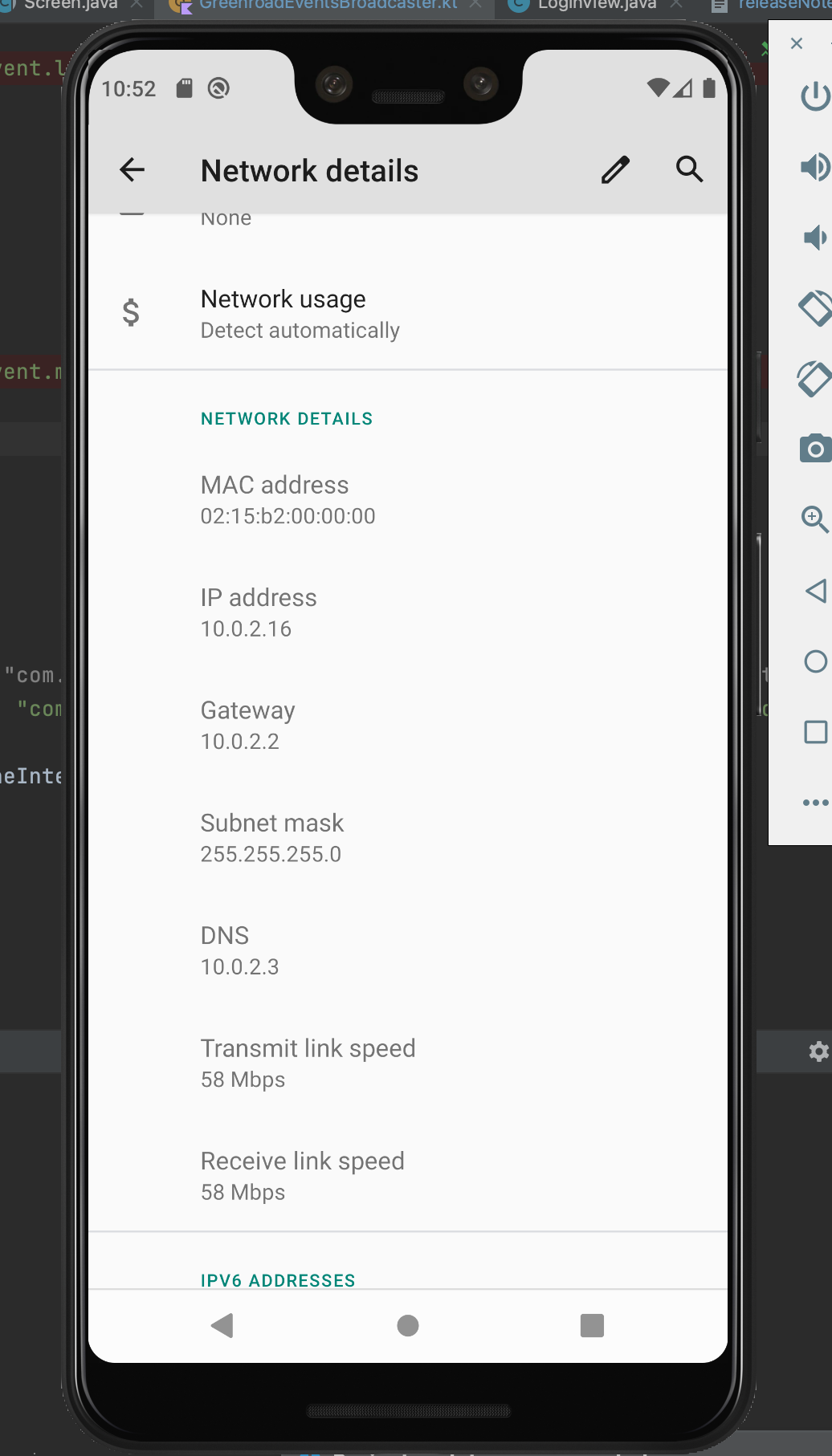 I then tried to port forward from the mac host machine to the emulator ip and 5555 port. But still I could not reach it.

I'll add that currently the ip I get for my mac host machine (wifi - tcp) is this: 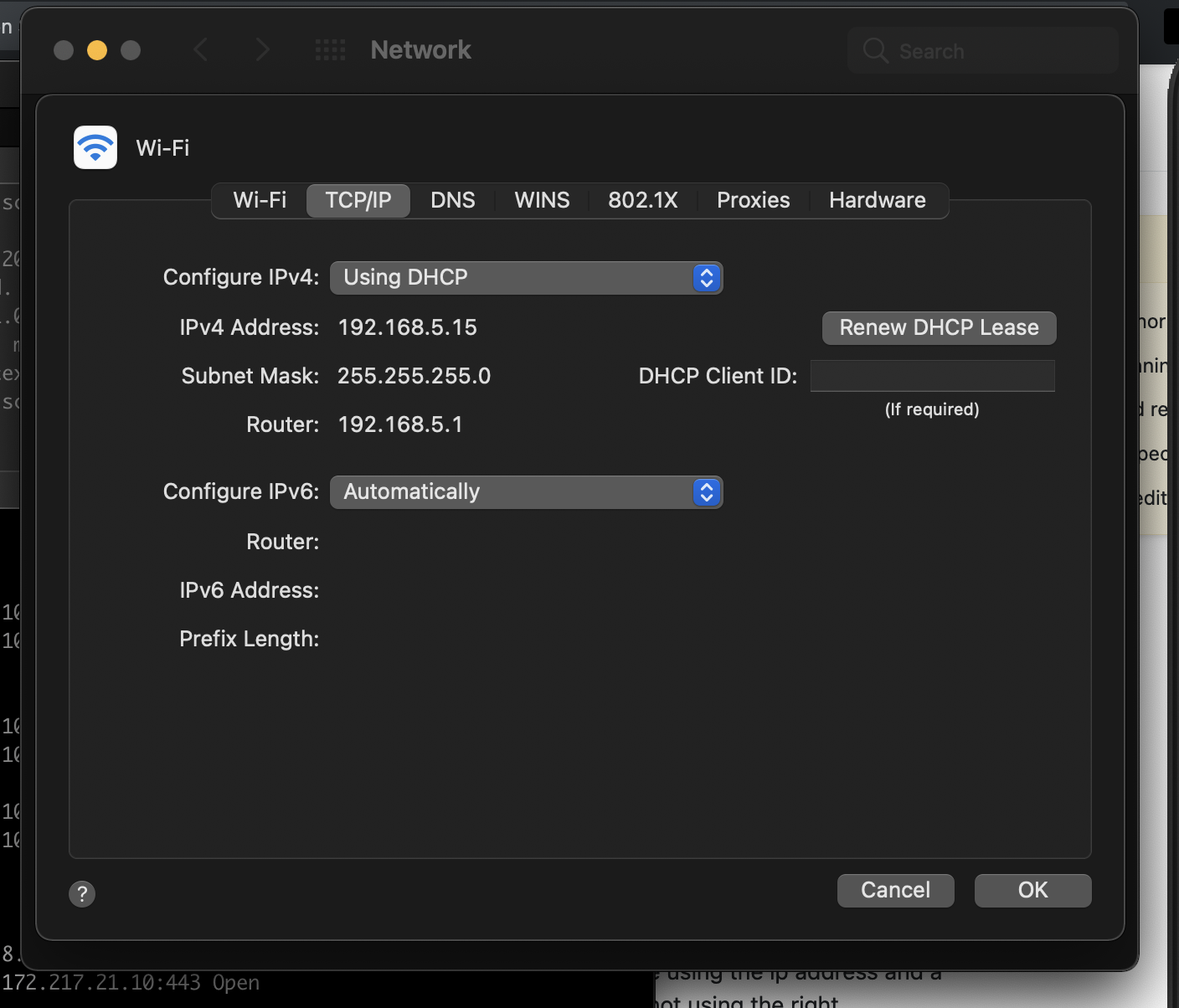 I'm positive this is doable I'm missing something.

I also tried variation of this command:

I tried this answer as well... But I keep getting the password request until it quits with access denied

Ok, I finally got it to work. For anyone interested:

If the devices is not authorized, make sure to accept the key request in the emulator as usual.

I can now debug on this emulator from my guest machine.

Not the answer you're looking for? Browse other questions tagged linux macos android nat vmware-fusion or ask your own question.

47
How to make a port forward in Mac OS X

12
Address VMWare Fusion Linux guest by hostname?
1
How do I access an Ubuntu VirtualBox guest at a static IP from an OS X host?
0
How to browse my local website running on Mac OS X from my guest VMWare Windows 7 machine?
1
How can I access a VMware Fusion guest running Ubuntu via its .local (Bonjour/Zeroconf/mdns) address?
1
How can I troubleshoot vmnet routing on my MacOShost and Linux guest with VMWare Fusion?
11
VMWare Fusion access guest vm (windows) from host (mac)
0
Establish a fixed IP on Windows VM guest on Mac host (VMware Fusion 6)
1
Access Windows Guest From Mac OS Host VirtualBox