What is this Nokia networking device?

It has an ethernet cable from my modem. It also has a very thin wire and what looks like an HDMI cable stuck in it. The modem has an ethernet WAN cable connecting it to the wall WAN socket.

All this stuff is next to the TV and my roommate mentioned they have the box to record shows.

The problem is, the WiFi my room in the basement, opposite corner from the TV room mentioned above gets no signal when I am on Ubuntu (tried everything under the sun on askubuntu.com and my ASUS wifi adapter which did work just died).

We have two boosters.

Anyways, the main question is, what the heck is this Nokia device?

Ideally, I want to strip down what is connected to the modem as much as possible and move the modem into another room closer to my room then position the boosters so it shoots the signal down the stairs and into my room. 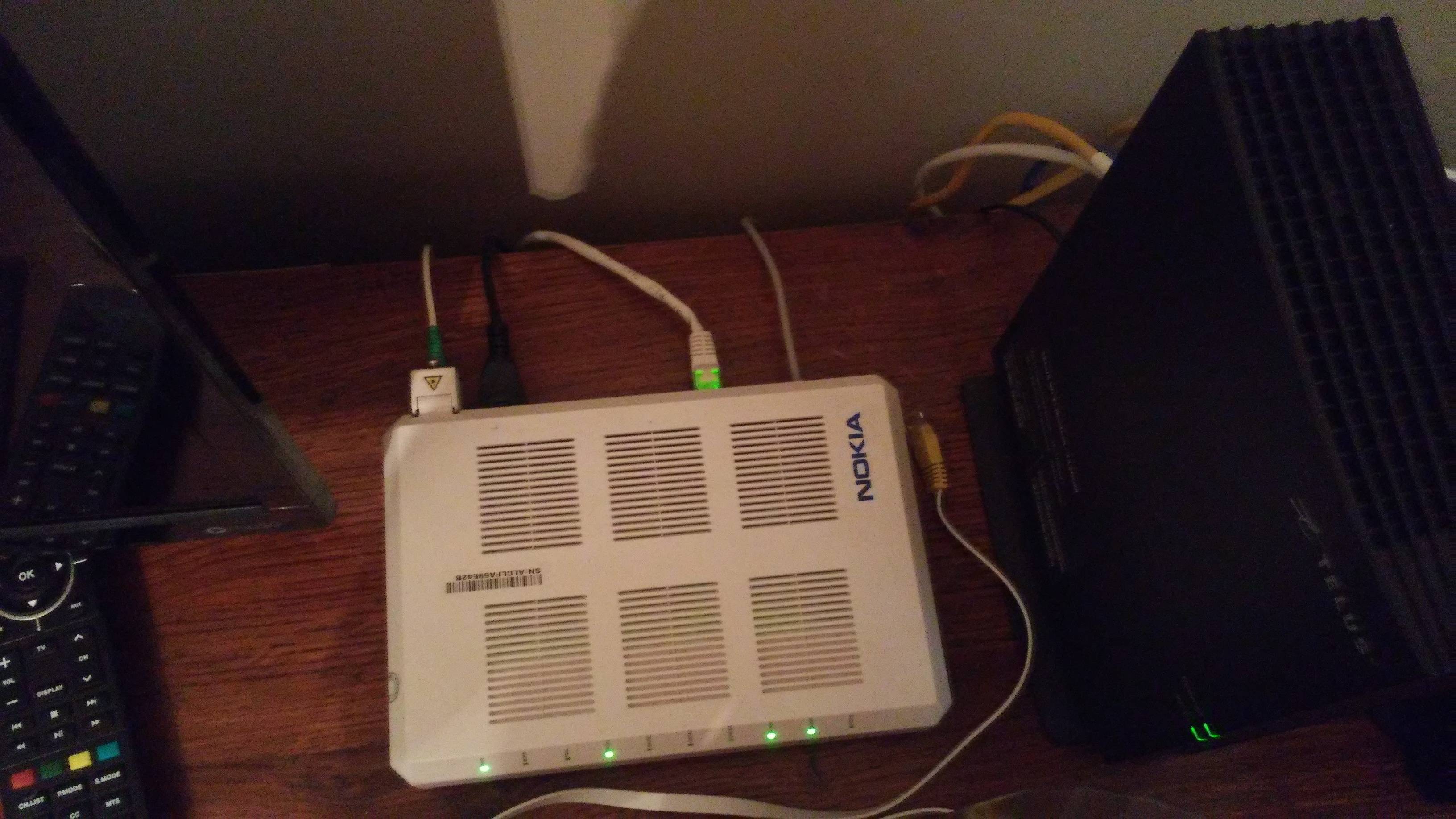 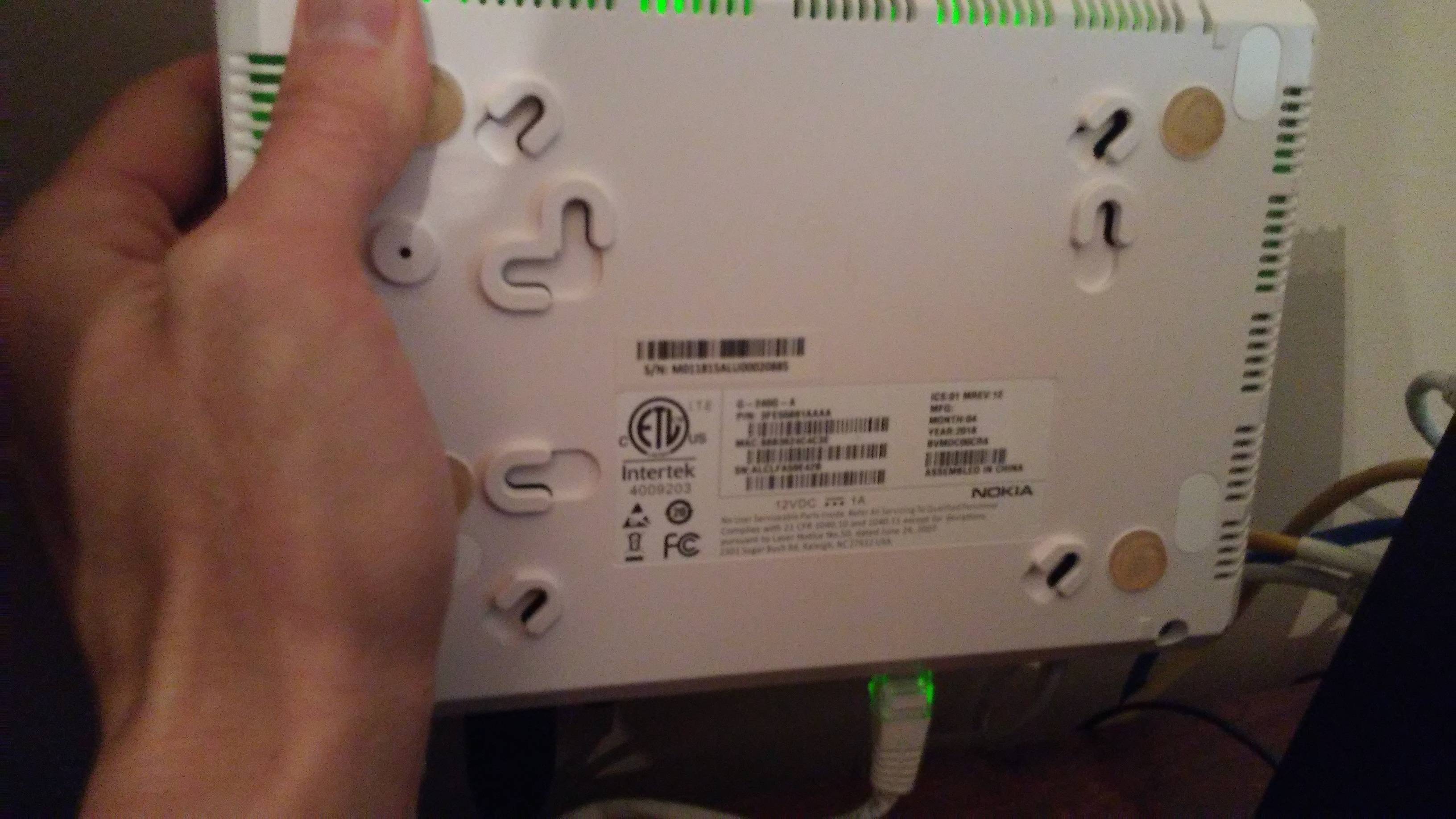 TLDR: Its a Its probably ONT or ONR, essentially a modem (ONT) or modem router (ONR) for fibre based internet. Its what I think you are or were getting internet off of.

Thanks to the excellent sluthing by Giacomo1968 and LawrenceC - its apparently a NOKIA 7368.

The connection to the left of your photo, with the thin yellow cable is a fibre optic connection, typically a GPON interface using a APC/SPC connector. (and I see a laser/do not look at light with remaining eye warning - which confirms this). These things are fairly typical for gigabit/fibre internet connections.

Fundamentally - if you don't know what this is leave it alone. You're probably better off tracing and labelling the cables you have and understanding your network rather than disconnecting random things and scream testing

The little covered bit with the laser logo is a fibre optic connection with a similar laser warning - . The ntwrk light should be on solidly and the optical cable is a bit fragile. If its not lit - well firstly make sure you have fibre optic network. IIRC the ISP tends to 'activate' a port on the wall end, so you can't swap that, and the only potential issue is a broken fibre optic cable. 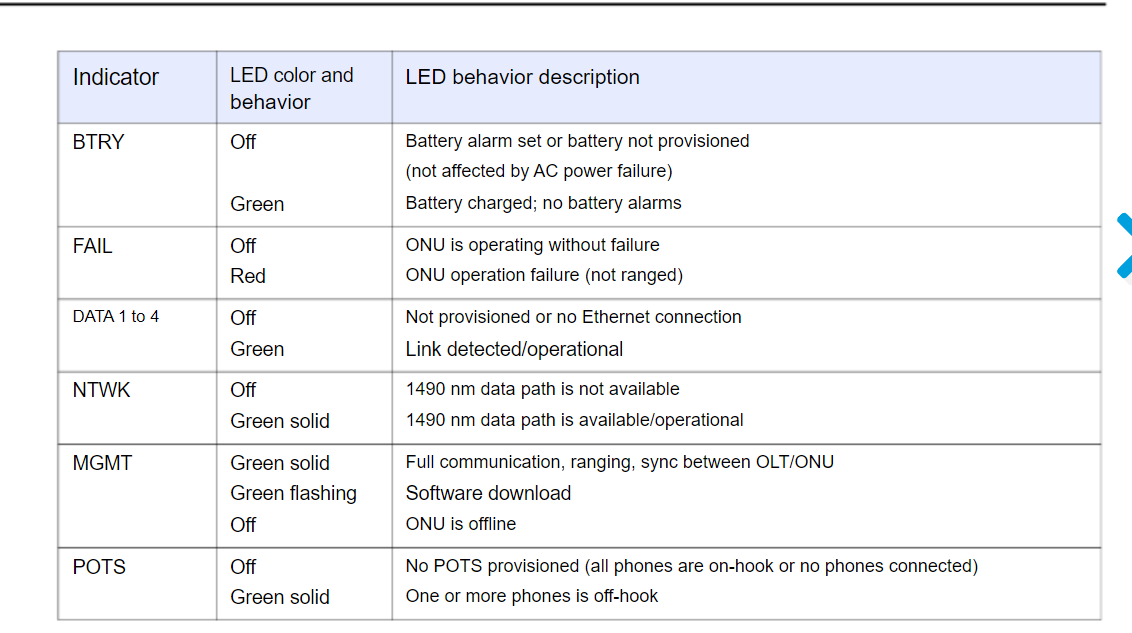 You can probably check the LEDs to troubleshoot as per this table. The NTWK light SHOULD be solid (more typically its called PON) and the fail light shouldn't be red. It does look that everything is ok and its connected to the internet.

Not the answer you're looking for? Browse other questions tagged networking wireless-networking router ethernet hdmi or ask your own question.

0
Using ethernet cable (Cat 6) with phone jack?
0
Networking device to broadcast wifi from an ethernet port
2
repeater via ethernet to increase wifi speed
0
Connect an etherent device to network via wifi
0
What network device do I need?
0
Home Networking: How to set up a network
1
Can I connect a 2nd router to a separate phone socket on same internet?
0
Convert wifi signal to wired signal