How to remap special keys on Asus laptop?

I have Asus M51Sn notebook, running Windows 7 (but also Linux, but this question is just about Windows). As you can see in the following image, it has five completely useless keys at the top of the keyboard. I want to remap such keys to useful things. 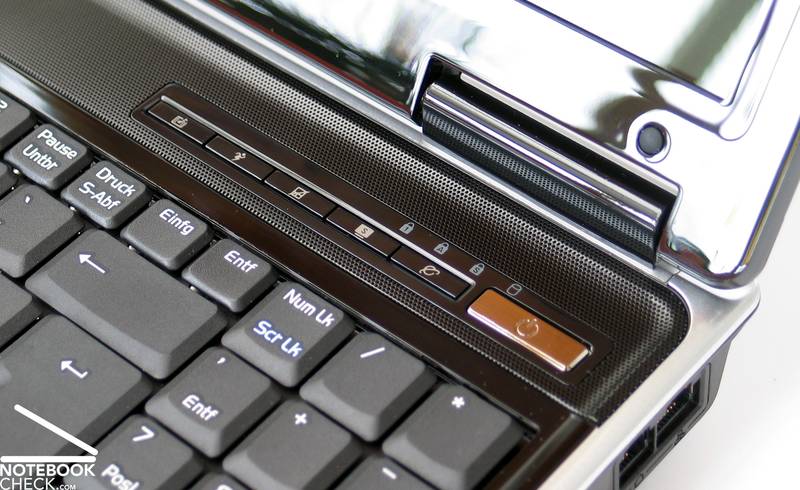 In this laptop, I have to use Fn+F5 and Fn+F6 to change the brightness, and Fn+F10, Fn+F11 and Fn+F12 to mute or change the volume. These actions are VERY cumbersome, as they need two hands to be pressed and I need to look at the keyboard to find where is the correct key. What I want is to remap the useless keys at the top (as seen in the previous picture) to change brightness and volume.

As I said, I need a solution for Windows 7 (I've already remapped the keys on my Linux system).

I have installed a program from Asus called ATK Hotkey, which is responsible for showing OSD messages about brightness/volume changes. However, this program is very bad, as it runs completely hidden from the user and has NO configuration at all. Not even configuration files, it has just a few EXE and DLL files, nothing more. It is so bad that the "open browser" key on my keyboard always launch Internet Explorer, even if it is not my default browser. If needed, I will happily uninstall this program if I find something better. (remapping keys to useful actions is much more important than OSD messages)

Without ATK Hotkey, I can still change the brightness (as it is probably handled by BIOS), but Fn+F* keys don't change the volume anymore.

SharpKeys 3.0 couldn't read any of the special keys on my laptop. My bet is that they aren't actual key presses, but instead ACPI events. Thus, I need a way to map some ACPI events to useful actions.

I've tried installing AutoHotkey and running a script to find scancode of a key. No luck, these special keys on my laptop don't appear to generate scancode or keypress events. (got this idea from a StackOverflow answer, too bad it didn't work for me)

Update, 4 years later: In 2014, that notebook broke and I stopped using it. In addition, I don't run Windows on my current notebook.

From the The ASUS Info Booth topic (at Notebook Review forum), I found a link called Customize ASUS hotkeys. That link sent me to Asus notebook keys, v1.3 topic on that forum:

This program gives you ability to define own actions for additional buttons of Asus notebooks.

That's all I needed! What's more: the source-code is included! (too bad I don't have Visual Studio).

However, the program from the first post has a silly GUI mistake, which was later fixed by another user and then released as AsusNbKeysCtr-1.3fix.zip (but without source-code).

Using that program (the fixed version), I was able to remap the extra laptop keys to Volume Up, Volume Down and Volume Mute keystrokes, which are directly recognized by Windows. That's great, and solves half of my problem!

The other half, however, involves changing the monitor brightness. Unfortunately, there is no easy solution for that, and I need a command-line program to increase and decrease the brightness.

I've found two command-line applications that allow me to set the brightness to some value, but they do not allow me to increase or decrease it. The first one is Brightener, written by Ciaran user. The second one is Display Brightness Vista Gadget from edgylogic.com. Since they don't solve my issue, I still need a program to change the brightness.

Probably a little bit late to answer, but after following link after link I found a version of DMedia that replaces the normal one and dispatches general keyboard key events for media playback. I know the question was about other buttons, but the fact that the media keys launched a random app each time (and that in Windows 8 it brings WMP to the foreground) bothered me.

The app can be found in binary form here (there's a source in bitbucket should you see it) http://3mptylab.blogspot.it/2012/09/how-to-make-asus-notebooks-media-keys.html

Just download the rar file, stop the DMedia.exe process, go to your ATK Media installation folder, rename the original DMedia.exe just in case and then put the downloaded DMedia.exe in the same folder. Execute it to make it work (and normally it should launch at boot).

Working great on my Asus U30Jc under Windows 8 64-bit, whereas all other methods failed to work properly.

Saw your comment on another answer I left for setting brightness so I modded the app I wrote for that question a bit and came up with a tray app which you can use to control brightness (same restrictions apply as per the comments in the other thread).

This version of the app is pretty poor at the moment. Some seriously bad code at the moment but it seems to work for me anyway. Currently the hotkey is hardcoded as CTRL + ALT + UP / DOWN but as you'll see there's a dialog available to set up the hotkeys yourself. Doesn't work at the moment but I'll get around to fixing it at some point.

When I do get around to fixing the settings, I'll clean the code up a little and post it here too.

26
Is there a quick/automatic way to change monitor brightness at night on Windows 7 or Linux?
1
Assign different multimedia functions (like a notebook setup) to F1-F12 keys on desktop computers?

31
Function keys on Dell laptop requires Fn+F1-F12 (default is multimedia/oem key)
2
How to remap media keys on laptop,without external programs?
0
How can i map Fn+[keys] to emulate multimedia keys (prev, pause, next song...) in a laptop?
5
Windows 8 on ASUS notebook, brightness down does not work
1
Remap Lock key on Thinkpad Edge E531
0
Fn key not properly working
13
Generic way to remap every media button
0
How to map CTRL + ALT + TAB to a macro activated from a customizable special key on the Microsoft Natural Ergonomic Keyboard 4000?