How do you open/import a CSV file with Unicode characters encoded as numeric character references?

The following is a screenshot of the import screen. You can see the column "Product Title" has Chinese characters in Unicode, but the characters are not being displayed properly. I have also tried almost all other Unicode, and Chinese related "File Origin", but all without success. 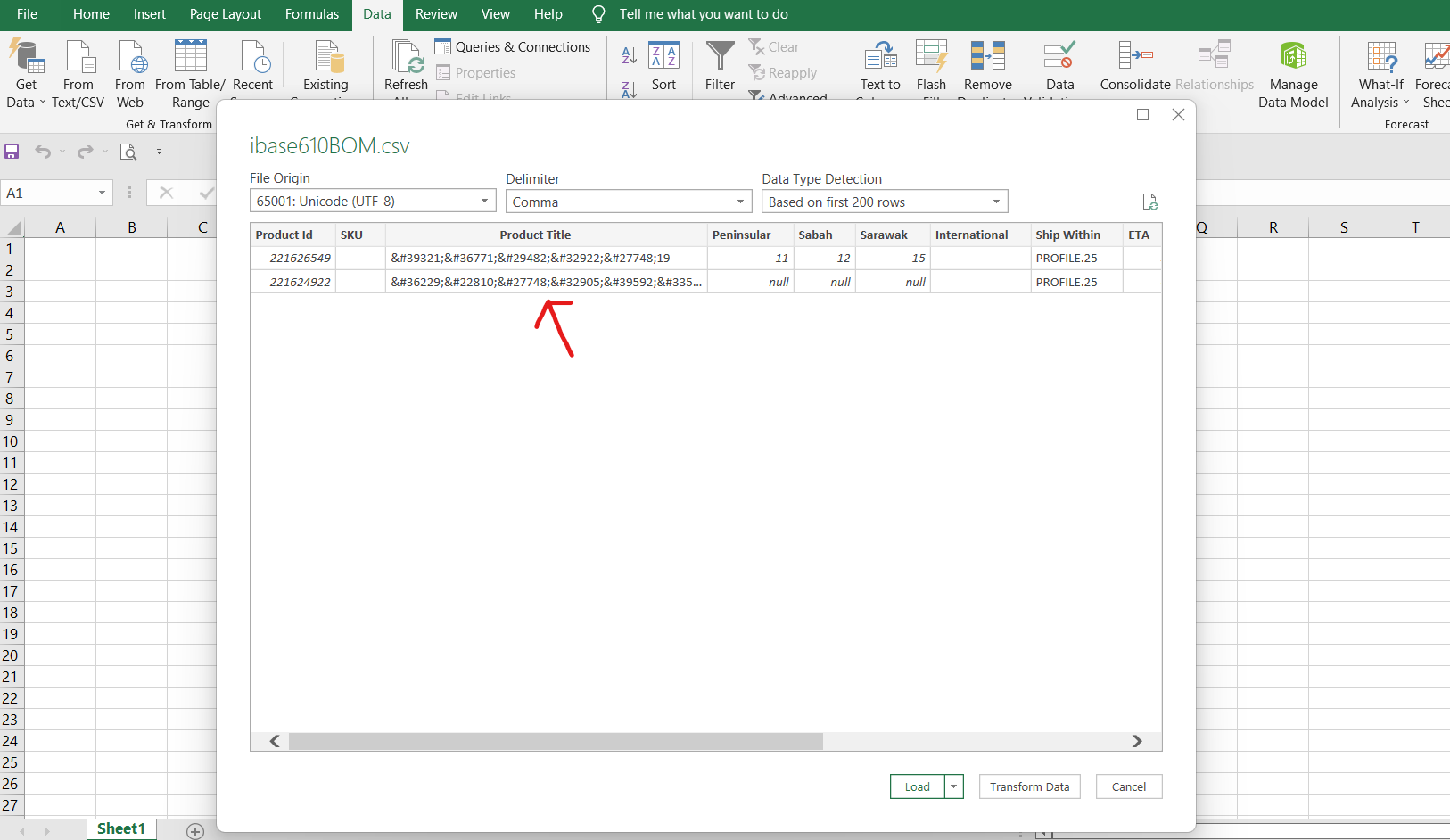 Please help, how can I import the CSV file with Chinese characters in Unicode, successfully in Excel?

Your file is probably encoded with standard ANSI/ASCII character codes. Instead of encoding the UNICODE characters at byte level in the CSV file, it is actually representing the single unicode character code as a series of alphanumeric characters (i.e. a number string spelling out the unicode character number). It is called a numeric character reference (NCR) and is commonly used in markup languages like HTML for backwards compatibility with browsers or systems without unicode support. The "&#" identifier signals the start of a NCR.

As far as I can tell, there is no native support in Excel to convert NCR-containing strings to unicode, but you can convert the individual numbers to unicode using the UNICHAR function, e.g.:

How to convert numeric character reference string to UNICODE in Excel

For older versions of Excel, you can hack it using

Which generates the formula required as a text string. Copy the result and paste "as value" only. Edit the cell and press enter to evaluate the cell formula and generate the final UNICODE text.

This answer is provided for "historic" reasons and serves only to educate others who might struggle to import different character set csv files into Excel. Here are a few things to try