Excel: save a file inside a cell

How can I store a file inside a cell?

It is possible to insert files into Excel spreadsheets. This tutorial gives instructions on how to do it for a .pdf file, but a text file should work just as well.

Note that the file can be inserted as an icon, but it will not actually reside inside a cell. The best you can do is place it on top of the cell you want, and then Excel will automatically move it around if you add rows or columns to the worksheet.

Can you give some more info on what you are trying to do?

I think this is a 'do you really want to do this (*)' kind of thing. Excel has it's own formatting rules. If the file is small enough to 'fit' in excel, it's probably a config file, which tend to be really really format sensitive. I don't think excel has the concept of a BLOB, just a stream of bytes that aren't interpreted.

Also, you'll probably have to deal with locking and copying problems.

I suggest sqlite. sqlite3 can do BLOBs. And there are so many interfaces to it, including most programming languages, and small guis. Excel/OpenOfficeCalc could access sqlite3 with the right DB drivers. Your DB, like the excel file, would just be a file on disk someplace, you don't need to set up a db server.

If it's only a small file, could you look at encoding the file as base64 or something similar (code available here) and store the result in a cell.

You could then decode it back for use and recode it to save.

I'm not sure when you'd start hitting cell length limits, but it's a start.

A .pdf cannot be inserted as a comment to a cell, but you can absolutely do it by converting the file to .jpg. If this is something that you would like to know, then follow the steps. 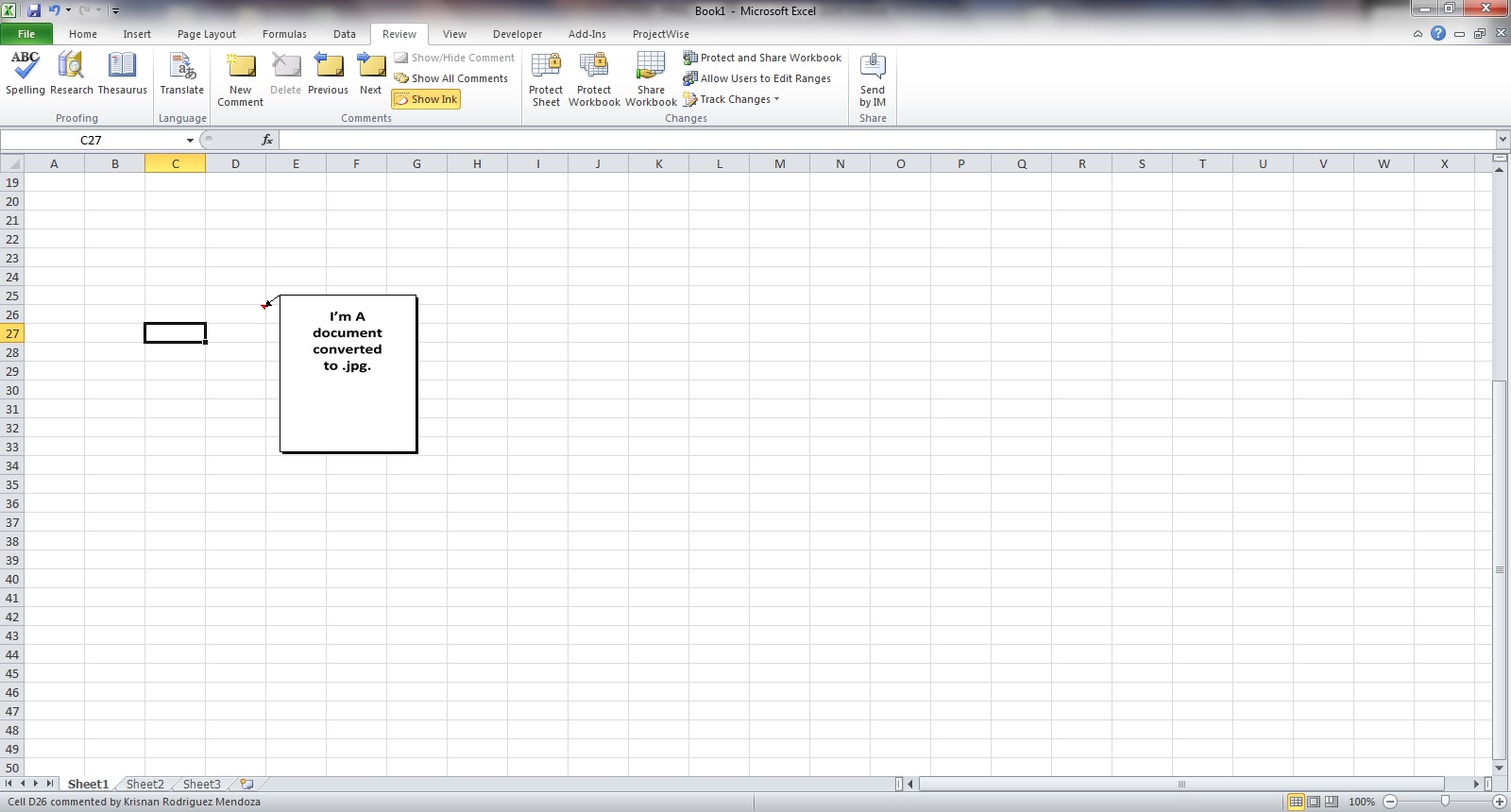 The .jpg will only show whenever you hover to the exact cell you have inserted the file as the normal comment does.

It does not exactly attach a file in a CELL, but in the WORKSHEET (represented by an icon).
You can also change the icon image or rename the icon.