windows 11: is there a limit to the number of USB devices?

Forgive me if the title is in the form of an XY Problem, but:

I have a Windows system with a lot of USB devices hanging off of it. (I'm an embedded developer with a bunch of clients, and as often as not, need to run longitudinal tests on a bunch of embedded devices.) I observe the following phenomenon:

My default set of USB devices looks like this: 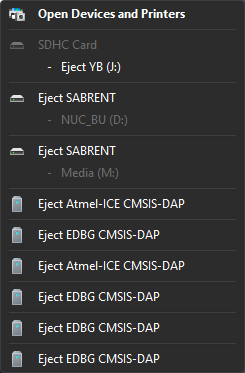 However in this case, my OSBOT TinyCam device is unavailable. ("It looks like another app is using the camera already. Windows Camera app error code 0xA00F4243")

Which leads me to the questions: 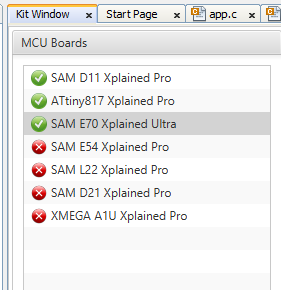 So in this case, it looks like "whoever gets there first" is the one that works, and others are excluded.

It might be that you are encountering the limitation of your USB root host controller as regarding endpoints. This is a hardware limitation that is not related to your operating system.

In your case, some of your devices may require more endpoints than others. Your USB root host controller might also have its own limit on the number of endpoints it can support.

To increase the number of endpoints supported by your computer, you need more root USB host controllers. Chaining USB hubs does not add more endpoints, rather reducing the number, as the hubs themselves use up endpoints from the root controller.

Although the USB specification allows a huge theoretical number of devices on one root controller, the practical limitations inherent in the implementation of USB controllers further constrain the possible maximum to a much lower number.

A tool to examine the number of endpoints (and everything else) on your USB devices is the open-source USB Device Tree Viewer. It can show the endpoints used by a device, but doesn't show the limit for the root controller.

For example, here it is showing 3 endpoints for a connected USB disk: 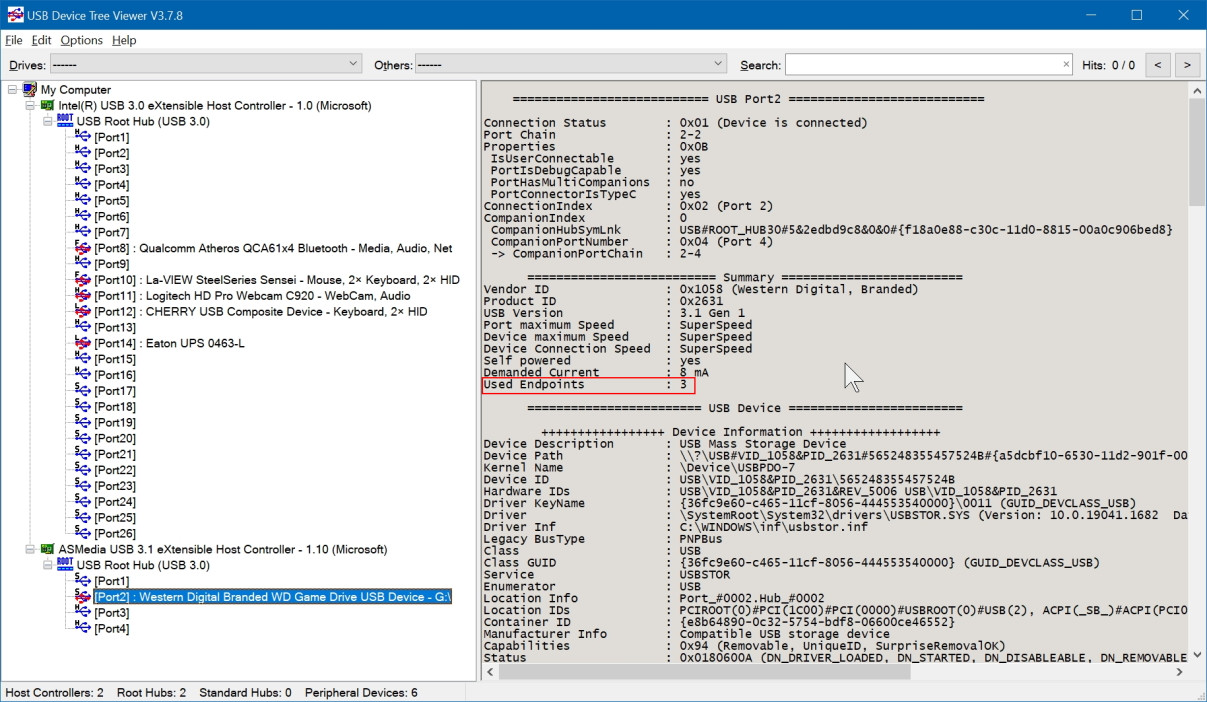 Some sources about the subject :

The Solution: branch wide, not deep

@harrymc Correctly answered the question: the USB topology was "too deep" which limited the number of endpoints.

This reduced the depth of my USB device tree by a level, and I can now support all of the devices I need simultaneously.

Not the answer you're looking for? Browse other questions tagged usb drivers windows-11 or ask your own question.

2
How to connect more USB devices to a laptop?