Different font SIZES in a text editor, based on script (alphabet) type (that is, per Unicode code-block)

Some non-Latin-based scripts (alphabets) have more detail in their glyphs than do the Latin-based-script equivalents, and typically need a larger font to give the same degree of legibility (resolution-wise).

Sometimes, both script types need to be present in the same file.

This allows me to display a larger-fonted non-Latin-based script in a // BIG-FONT comment.
Although this has been quite handy for me in some situations, it is quite limited.

A word processor can handle this scenario, but I'm not interested in that. I want a nice simple(?) plain(?) text editor to do it on a per script-type basis, for example, mixing Latin-1 and Devanagari (and Mandarin, etc.).

Such a thing may not exits, but Notepad++ has shown that a simple(?) plain(?) text editor is capable of it.

Does such a text editor exist?

Why not a word processor? Because GCC and Python don't like that format! But UTF-8 is fine.

Just use Ctrl-+ in Notepad++ to quickly enlarge the font size whenever you need it.

That shortcut works in many apps, including recent versions of IE and all Firefox versions.

Emacs can concurrently display different font sizes...Here is the unix.stackexchange Question/Answer about it, and here is an example 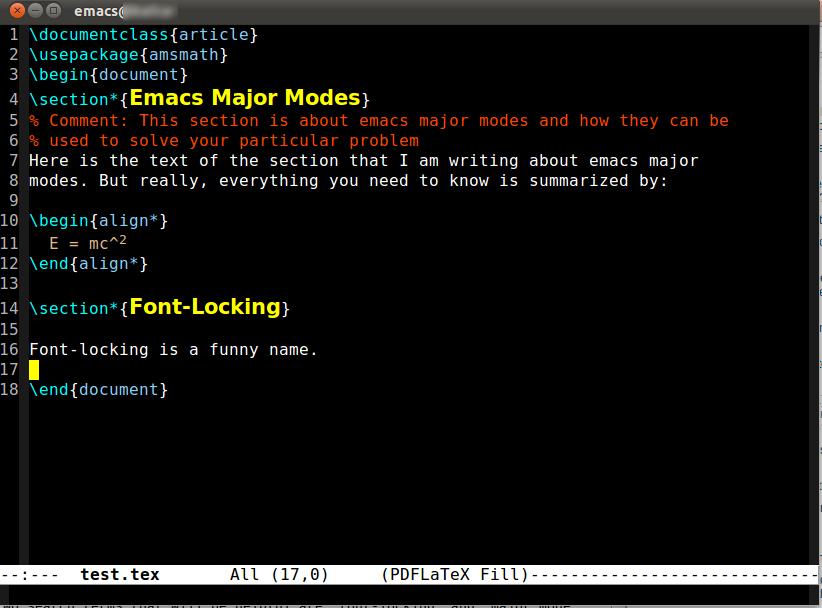 This isn't the complete answer (yet), but from what I"ve read so far, Emacs can display different fonts based on "Human Language", but I need to learn how to drive Emacs first... :)

Not the answer you're looking for? Browse other questions tagged fonts text-editors unicode or ask your own question.

7
How do you remove fonts from Ubuntu?
3
Monospace font which supports at least both of Korean hangul and the Georgian alphabet?
1
Windows text font that has a glyph for Unicode character u2245 (i.e. approximately equal to)
4
Allow only certain fonts in Firefox
1
Open a source code in Different Editor based on your Modifier Key
0
Is it possible to configure Outlook in a way that it opens or previews any unknown file in a text editor (like VS Code or Notepad)