Anyone know what zero metric mean?

I tested with both USB Internet (HUAWEI) and a regular Ethernet connection for completeness.

In the netsh in ip sh ro output, metric 0 is always just the gateway address. 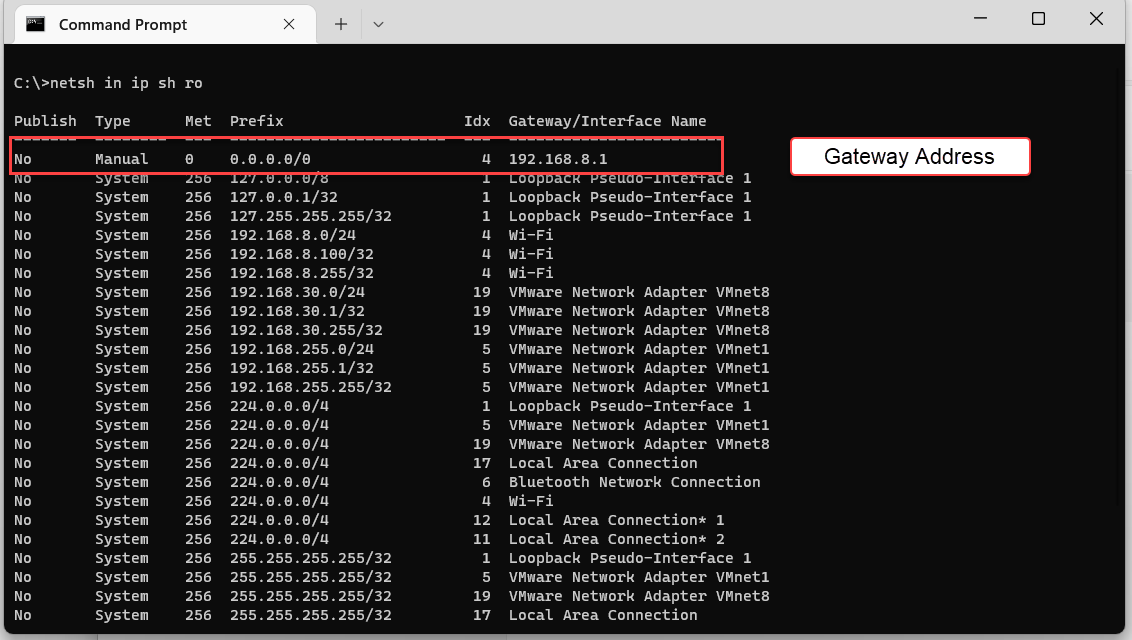 So what you see is normal.