CPU Fan keeps running, keyboard capslock and num lock respond when I boot it.But all I can see is black screen. I have tried different screen and different VGA cable as well.

I am out of all ideas as of what to check. Any suggestions or guidance is most welcomed.

Note : Last resort suggested was to use 512Mb graphics card to reroute the display, but that's an educated guess and I don't want to bet more money without knowing if that will really solve my problem.

Update : I was able to see bios screen but only for few seconds and then whole screen scrambles to colourful noise(Please refer to video for more details) and keyboard(Numlock/caps lock) stops responding.

Also, I noticed that after multiple attempts (probably due to heat over time) the functional screen time was increased to a couple of minutes, but ultimately it did scramble. 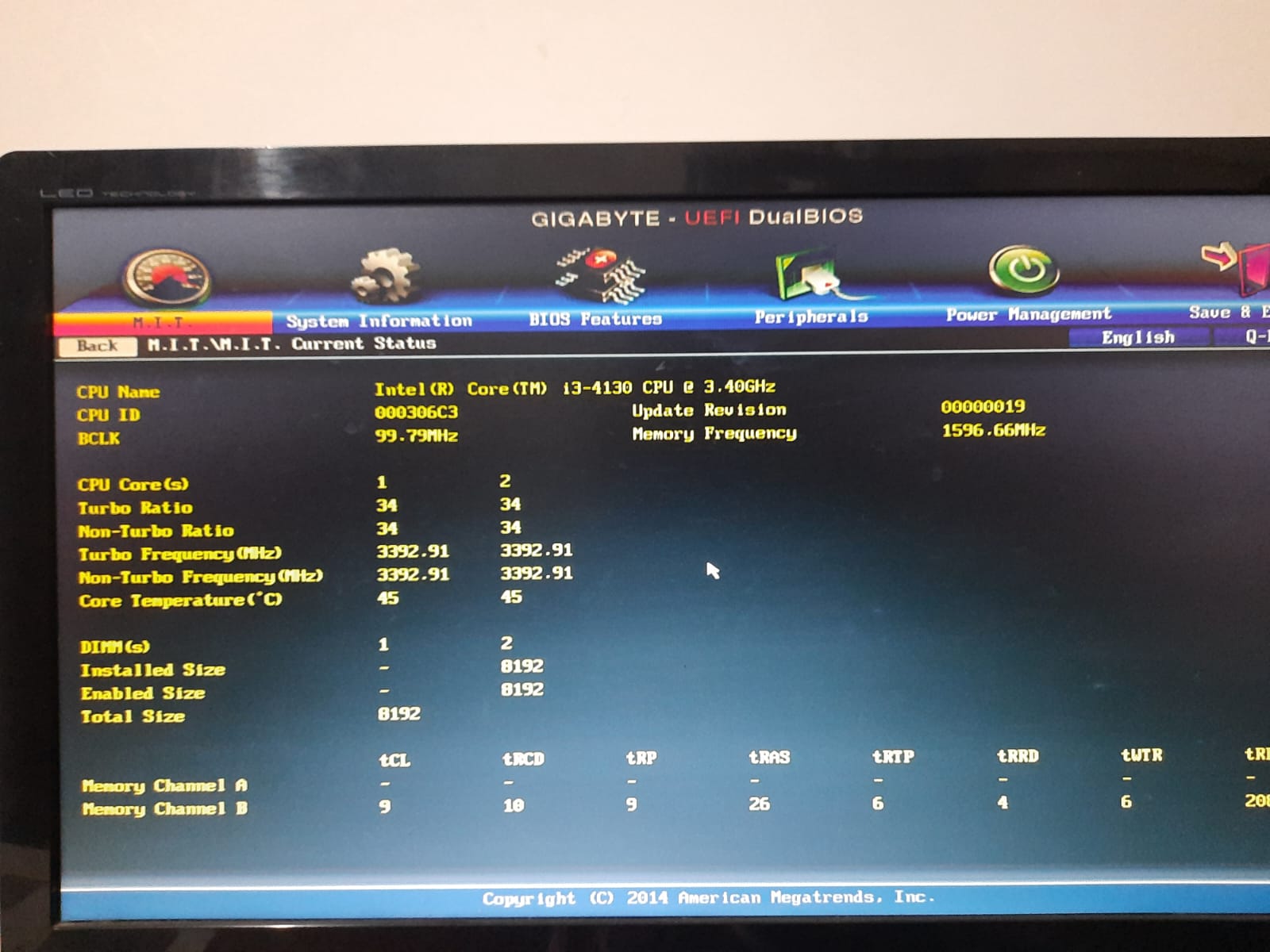 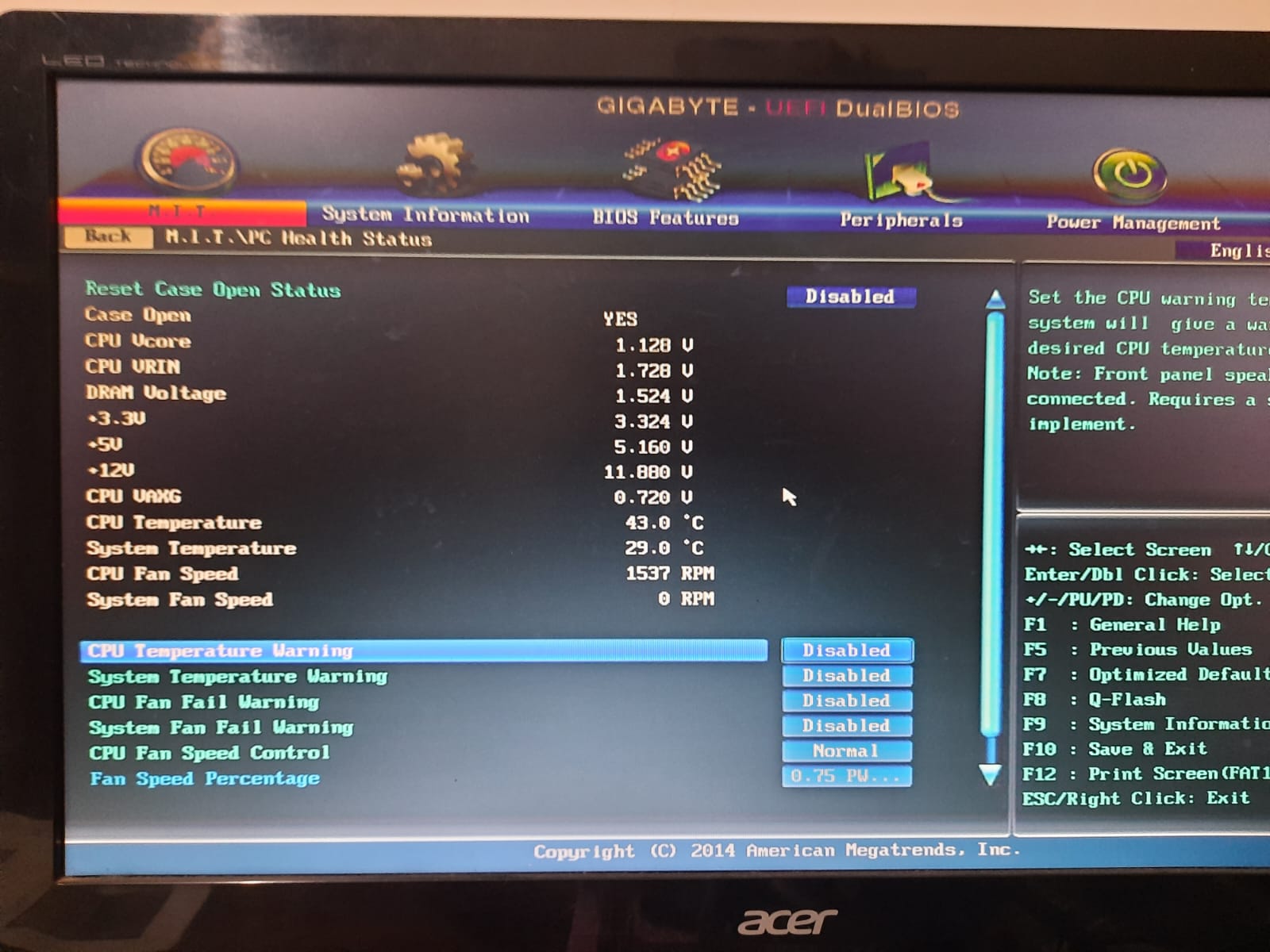 I looked into the manual on page 25 and there is an "Initial Display Output" setting in the BIOS. The default is "PCIe 1 Slot".

So you might think if a graphics card is not found then it will switch to onboard graphics.

But I found this reddit.com post and he says that the motherboard does not automatically switch to onboard VGA.

So you have two options:

If you try a little you can get it running without buying a graphics card.

0
PC not booting; motherboard issue?
1
Replaced CPU and black screen but no beep?
0
Gigabyte Motherboard Not Detecting Keyboard
1
I have dell inspiron 545 desktop. It won't start up unless I remove the bios battery
1
Computer will not boot / hardware malfunctions after replacing graphics card
0
I can't access BIOS anymore on my tablet
0
Black screen for 10 seconds after single beep on power on
0
Why does removing Gigabyte GV-N710SL-1GL video card allow computer to start?