How reliable is the remaining lifetime of an SSD?

I've had HDDs years ago that used to fail and Windows would warn me that HDD has serious problem and gave me time to do something about it, because otherwise after I reboot, it wasn't guaranteed for HDD to work again. That's like 10+ years ago.

I've had an SSD for the past 6+ years and I've been using it nonstop. It's a 256 GB SSD and I've written over 170 terabytes on it so far. In Windows disk and drives settings, I see it has still 54% of its lifetime remaining, which is amazing.

I want to know how reliable is this life time number exactly? I know that Windows setting uses S.M.A.R.T data to estimate the remaining life time, but are SSDs like HDDs and do they fail all of sudden just because of a bad sector or something like that? Or do they degrade over time gradually? I check that remaining life time every few months and it does go down 1% some times.

What to do about a critical warning for a storage device 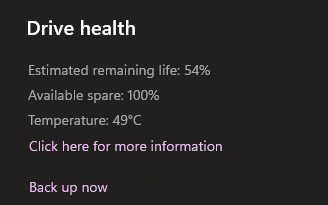 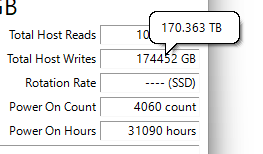 More details for my SSD: 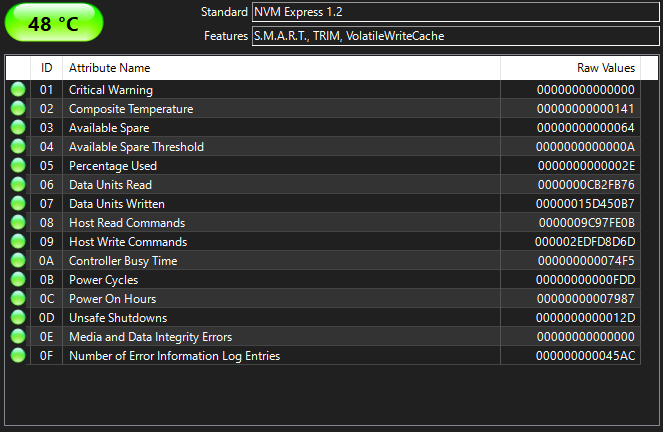 You can never know when one specific drive is going to fail, or whether it will fail slowly enough to rescue data from, or fail suddenly and catastrophically.

SMART is a set of 'guesswork' algorithms, in effect. It can be a reliable predictor of slow decline, but it can never predict sudden total failure.

You always need a backup in place, and you need to periodically test it works. Waiting for the warning is just not reliable. This becomes even more important if a drive is encrypted, as any fail may take down the encryption keys, meaning the data is lost immediately & totally.

My oldest SSD is now about 10 years old. It still shows '100% health' when I look at the figures. I have two independent apps which background check the SMART data every few hours.
So far, so good.
My in-house backup runs every hour, my off-site overnight each night. I also make periodic direct clones.
One day the drive will fail. At that point I will order a new one & be back up & running, with no more than an hour's work lost, within half an hour of the new drive arriving.

I once had, due to total coincidence, two boot drives on two machines fail inside a few months. Both drives were relatively new, both from reliable manufacturers.
Nothing was lost in either case.

SSD wear-out is mainly due to the cumulative amount of data written on it. So the vendors use accelerated tests and statistical models to quantify how much written data a particular model can stand, and they rate this model in terms of TBW (TeraBytes Written). The SMART "remaining lifetime" is based on it: if you have written 170TB and have 54% remaining, your drive is probably given around 370TBW.

What happens when the drive reaches the given TBW and the remaining lifetime is 0%? Nothing... The TBW is just a statistical value, say "After TBW, 99% of the drives are still operating correctly" (I don't know if it's 99%, 90%, 99.9%, but this is idea, with a given threshold): so it's perfectly possible that your particular lasts twice the given TBW (and it's also perfectly possible that it fails after half the TBW).

There are other SMART attributes that can better help predicting a failure such as the read error rate, the pending sectors count, the reallocated sectors count... When one of them starts increasing, you should worry about the drive. Note that one bad sector in itself, or even a few bad sectors, is not enough to say that the drive will fail soon.

And still, a SSD can also fail at any moment, without any warning, with all the SMART attributes that were OK. But it's not different from any electronic or mechanical product.

but are SSDs like HDDs and do they fail all of sudden just because of a bad sector or something like that? or do they degrade over time gradually?

They most certainly degrade over time which has to do with a finite amount of program / erase cycles, which is basically what the remaining life time related attributes are trying to measure. The controller will try to make this wear happen evenly over the NAND.

It is also known that for example the ability of cells to retain 'data' decreases as amount of p/e cycles for those cell increases. IOW, the SSD closer to it's predicted EOL is not the same SSD it was as when you purchased it. So while these cells can still be programmed, they're in a worse shape than they once were.

As a result the SSD needs to do more maintenance, itself contributing to wear: This decreased data retention ability is countered by for example periodically refreshing data by the SSD (patrolling), which involves reading the data and writing it to a different location, so this process itself is also contributing to an increase in p/e cycles.

But SSD's can and will certainly also fail all of a sudden due to for example firmware bugs, firmware corruption, cosmic rays, sudden loss of power, physical trauma, wear of SMD components and whatnot.

The recovery rate for SSD by data recovery labs is considerably lower than that of conventional HDD's, so keeping backups is perhaps even more important (it's important anyway, but you get the point).

With regards to this particular case, the health score as displayed by the SMART tool is based on the 05 attribute: 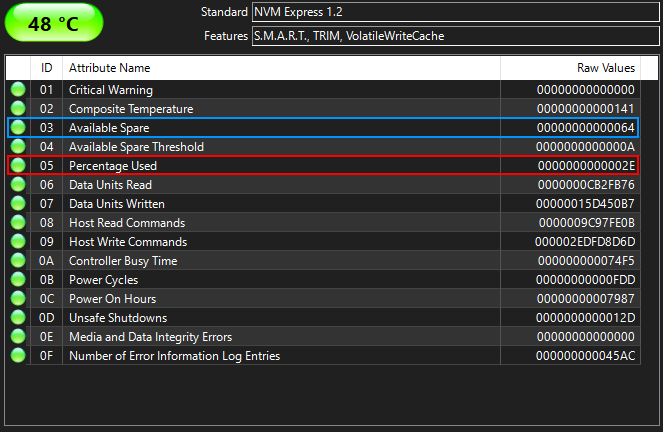 It's not uncommon for SSD manufacturers to change specs and switch components.

are SSDs like HDDs and do they fail all of sudden just because of a bad sector or something like that? or do they degrade over time gradually?

I wouldn't say it is (always) that way round. A HDD often makes uncommon noise before it fails and you may even be able to still read it as long as it runs when it fails (do not turn it off then!). When I had a SSD failing, it was completely unavailable from one second to the next and the PC doesn’t recognize it as a drive at all since then.

As always, different people have different experiences and everyone has one manufacturer that works well for them and one they wouldn't buy again. But it seems that SSD controllers rather shut off everything when HDD controllers seem to try the best (or are unable to detect if it is a final failure or still only a upcoming one).

With modern wear leveling, SSDs should know faulty cells early, as they can notice when a cell doesn't work when they write to another cell when wear leveling and they usually have more spare sectors than HDDs. Of course, this does depend on the model and the firmware, too.

Estimates like "x TB to go" or "54% lifetime left" are just estimates. You may get a new drive on warranty as long as smart still reports lifetime left, but that won't help to get lost data back. Make backups, get new drives from time to time and make sure to monitor other smart values that may hint at a degrading drive.

This means that the SSD can compare the spare capacity with the bad sector list. If your SSD runs out of spare blocks, it can't write new data anymore. So this ratio is a simple and effective measure of expected lifetime.

But there are other parts of the SSD that can also fail, and these cannot be reliably measured. So this spare capacity-based lifetime is no excuse to skip making backups.

SMART was almost useless for HDDs mainly because it could not take into account most failure modes and the processes leading to them.

It did report some potentially useful data (hours powered on, number of power-on cycles, number of bad sectors and a bunch of other numbers that could be used for some basic predictions, but the model parameters varied between models and sometimes even between batches of disks.

For SSDs, it did not improve much.

The volume of the data written is the most important number for an SSD and in theory one can compare it to the promises in the datasheet but, again, some disks go well after 10 times the rated write volume and other die beforehand.

In short, use reputable brands, use RAID, use UPS, make backups and hope for the best.

40
What happens when an SSD wears out?

1
Is it possible for SSD to mis-diagnose its lifespan S.M.A.R.T parameter?
1
Modifications about ssd in windows 7
0
S.M.A.R.T results telling me that both SSD and HDD are dying?
3
SSD reporting 80TB of written/read data (mistake?)
1
How to evaluate SSD & HDD time to failure (remaining lifespan) and can their health be restored?
1
Do I have a bad SSD?
1
Best practices - Installing a new SSD to verify it is good