I have an Acer Aspire 7720G-813G32Bn laptop. It has integrated (maybe 3?)-in-one memory card reader. The reader uses Ricoh chip from R5C8 series. I don't know the exact model number. I can't see the chip itself because it's covered by plastic and is very difficult to remove.

My problem are drivers. Acer has some drivers (unfortunately, driver I used, the "CarReader_Ricoh_352.02_Vistax64" is unavailable at this time, but there is still 351 version) for Vista SP1 64 bit. So far I've used those. However since the last reinstall of Windows, when I install those drivers, nothing happens. Normally, Windows would detect a bunch of unknown devices and the SD card reader. Once I install drivers from Acer, those unknown devices turn into various card readers.

Now, however, Windows only detected SD card reader and installed the SDA Standard Compliant Host Controller. The card reader would work sporadically with that driver. After some time it stopped working altogether. At first I thought it was a hardware problem and thought is was unsolvable. Later I was trying to force the installation of Acer's drivers but when I select the .inf files, I get the "The folder you selected doesn't contain a compatible driver blah blah blah make sure driver is for win64 blah blah" error. When I try to right-lick install the .inf files, I get the "The INF file you selected does not support this method of installation" error. It worked several months ago, but doesn't now.

Any ideas what to do to solve this problem?

EDIT1 I just downloaded some drivers from Microsoft(warinig: IE-only link!). With them too, I get the "The INF file you selected does not support this method of installation." error. This is strange since those drivers are from M$'s official driver website.

EDIT2
Here are the screenshots: 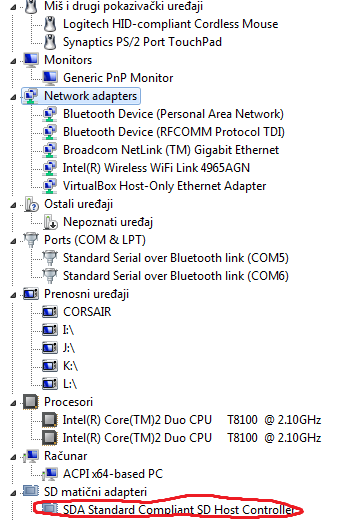 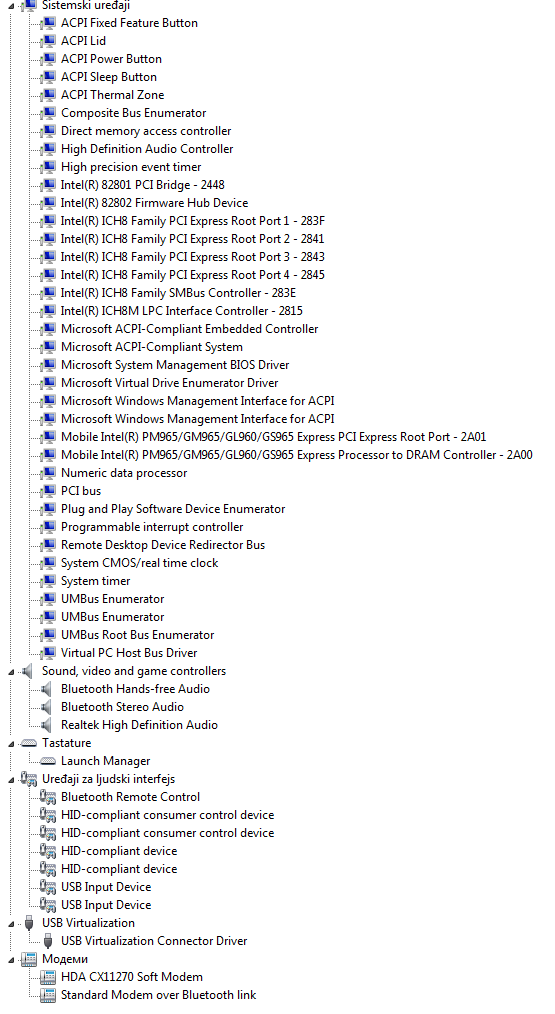 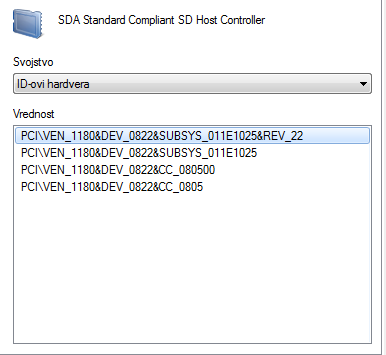 I have managed to find a newer device driver than the one from Microsoft, which also supposedly supports 64-bit:
Asus N51Vg Notebook RICOH R5C8xx Card Reader Driver 3.57.01 (Vista)

However, for obvious reasons, I cannot test them.

To me, it looks like everything is working as it should from that picture. However, if you want an updated driver, take a look at Dell's support site here. Ricoh use a generic driver architecture (similar to Nvidia) and anything is pretty much compatible with anything.

If it doesn't however, I can tell you that the way I have seen most card readers work is that they are usually one of two sorts.

so, all I can really suggest is look up the original specifications of your laptop and make sure it is compatible with the type of card you are using. If the card is not working, make sure it is in correctly.

I have been caught out by Micro SD cards that need to be pushed in a tiny bit further etc.

9
What causes "The INF file you selected does not support this method of installation." error?

0
How to install audio drivers for Acer Revo nettop?
4
Error: "The inf file you selected does not support this method of installation"
0
SD Card reader not working on Sony Vaio
2
Add controller drivers post-installation in windows xp
1
Any Catalyst driver for ATi Mobility Radeon HD 2300 on Win 7 32b?
2
Installing ethernet controller driver after clean windows XP install
0
Why would a Windows Driver Setup program not properly install the driver but "update driver" does
3
Xbox One Controller not identified Windows 7
0
How to install this intel driver on windows 10?