There is a strange bug with Aero Peek and Alt-Tab where the Alt-Tab window itself is sent all of the way to the back, and is obscured by whatever window may be being previewed in front of it. While it still works for switching tabs, it's extremely annoying to not be able to see what other windows are there. One solution I've found is to just disable Aero Peek, but I like the Aero Peek feature when it works, and want it enabled.

Let me reiterate, because every response so far doesn't seem to understand this:

I do not want to turn off aero peek. Do not give me an answer saying that I can disable it in the performance options. I will downvote your answer. Read every word of my question before you answer anything that involves the word "disable".

Some users of Lenovo products have found that uninstalling the "Thinkvantage communications" VoIP suite fixes it for them, but my laptop is an HP, not a Lenovo. The only VoIP software I have installed is Skype, which I removed to see if it had something to do with VoIP, but that didn't have any effect. I had seen this issue before on my old laptop, but it usually went away after a while, and always after a reboot. On my new computer (HP dm4t) it always occurs, and is driving me nuts.

If anybody can actually pinpoint what the problem is and more importantly how to fix it, I will be extremely thankful. 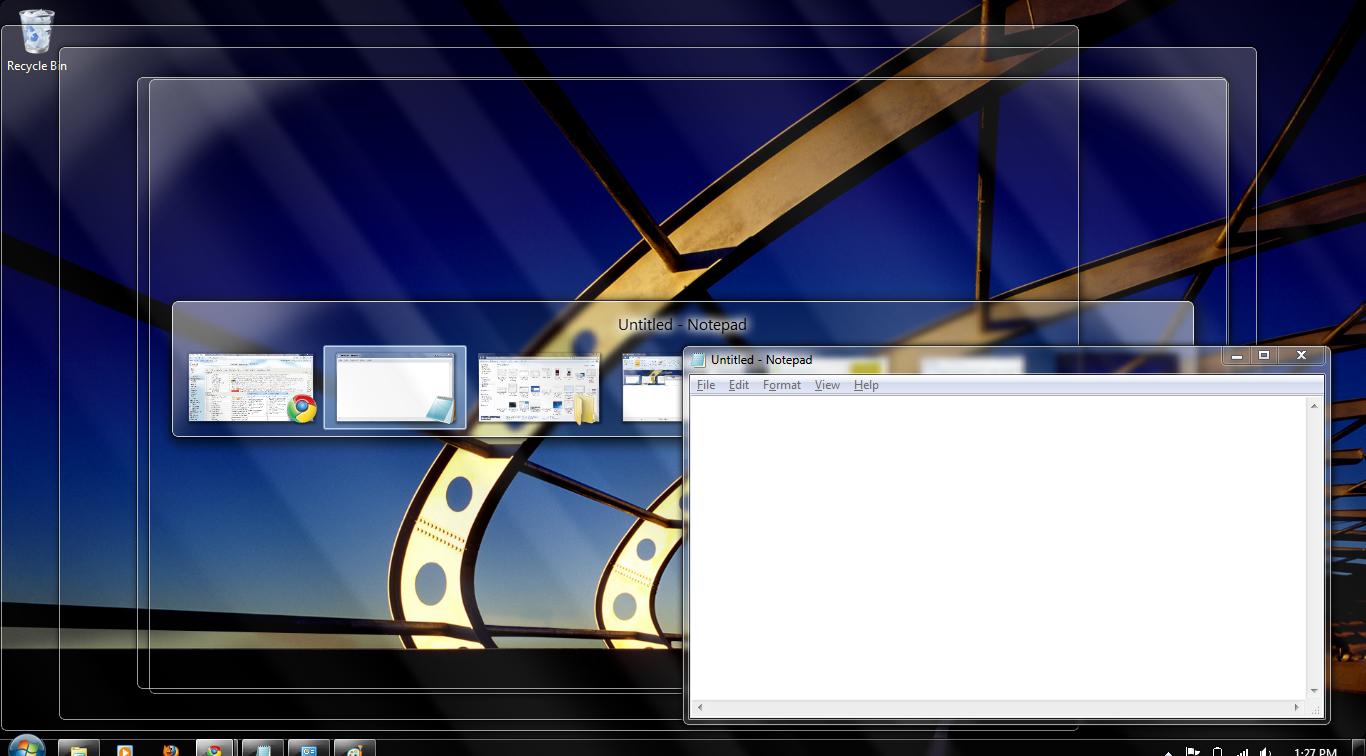 Window being previewed is in front of the Alt-Tab window

The issue seems to have randomly resolved itself, at least for now. I have no idea what changed, since I haven't made any modifications to the system between when it was broken and when it started working. Attached is another screenshot of it working properly, with the alt-tab window in front of everything else. I'd still like to know what causes this if anybody can determine it. 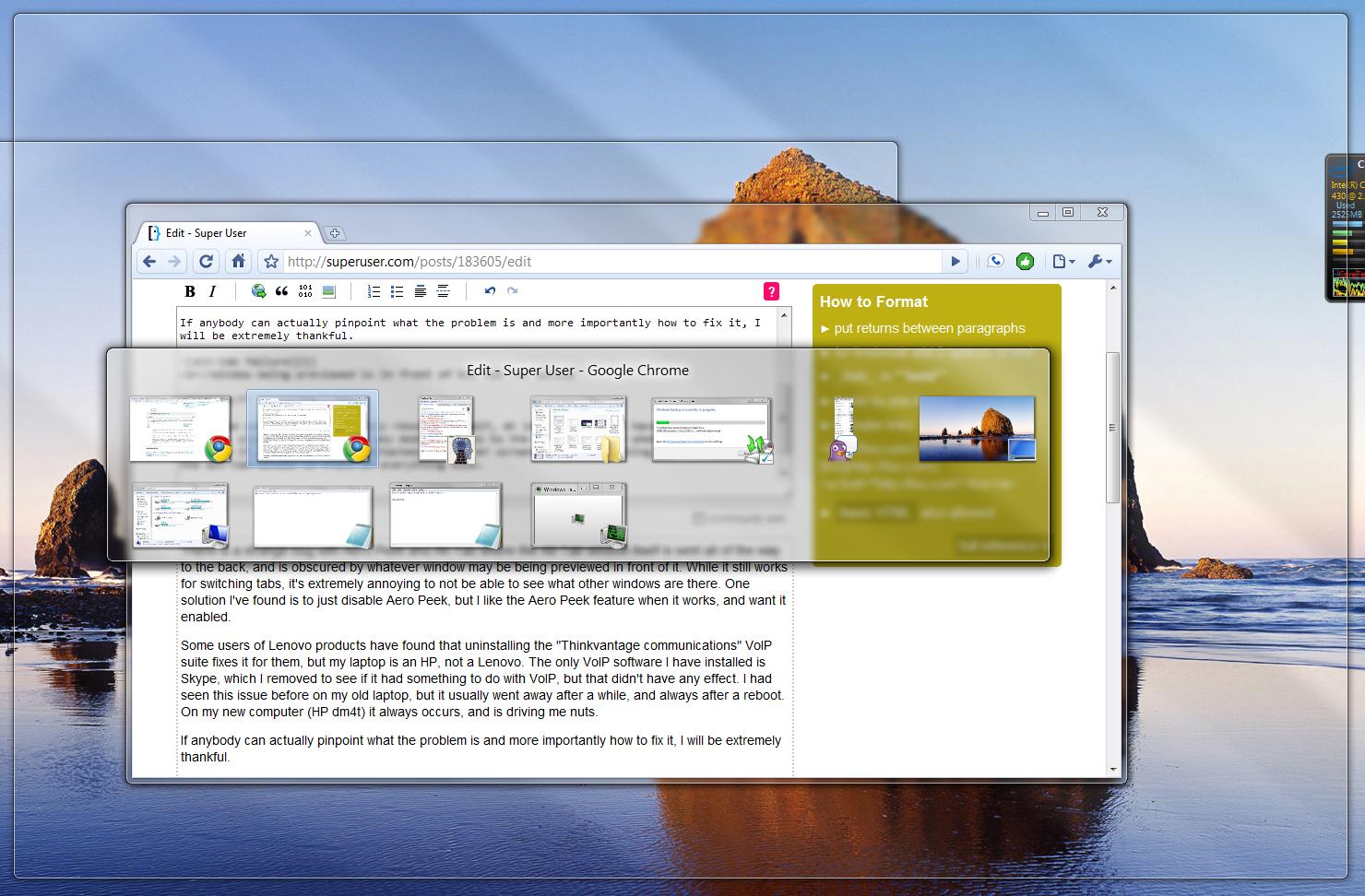 And now it's broken again...

The problem still occurs with Service Pack 1 installed. Still no idea what may be causing it.

There seem to be two main (known) culprits here.

If neither of those solutions work for you, I would try closing all open applications except for something innocuous, like notepad. Then open up your task manager and kill off suspicious processes one at a time until the problem is resolved. Obviously, make sure you don't kill a process that will destabilize your system. This could be a very tedious task.

This last post on the page in this thread helped me find the answer.

After reading this forum thread I found, they seem to have concluded that it's an OS bug.

The closest you may get to a (consistent) solution is to switch to something like VistaSwitcher.

Oh, and sue the heck out of Microsoft too.

Someone took the trouble to debug it and write a program to fix it:

In all situations where the bug appeared there was a new window that was:

In short, if you are currently experiencing this bug and you want to test my fix, run AltTabFixOnce.exe, look at the output, and see if it works. If the fix appears to work and you want to be rid of this scourge forever then copy AltTabFixContinuous to your startup folder. Both programs, and their source code, are available here. That is all.

Not the answer you're looking for? Browse other questions tagged windows-7 aero alt-tab aero-peek or ask your own question.

4
Why alt-tab stays behind Windows 7

31
Windows 7 Alt+Tab transparent windows effect delay
58
Disable or delay Alt+Tab Aero Peek effect in Windows 7
0
Disable Windows 7/8 Alt+TAB *preview* (entirely)
3
How do I re-enable Aero without resetting all my personalizations?
8
Is it possible to bring back Aero preview on alt+tab in Windows 10?