Is there any way to have Safari 5 (OS X) ask before exiting? I have fat fingers and often hit Command-Q when I want Command-W.

In the tabs section of Safari's preferences, if you check the third option "Confirm before closing multiple tabs or windows", Safari will ask before exiting if you have more than one tab or window open. It won't ask for confirmation if you have only one open, but from what you're saying, that shouldn't be a major issue if you meant to close the window anyway.

As Scott noted in a comment, modern macOS versions have a checkbox labeled "Close windows when quitting an app" in the "General" section of System Preferences: 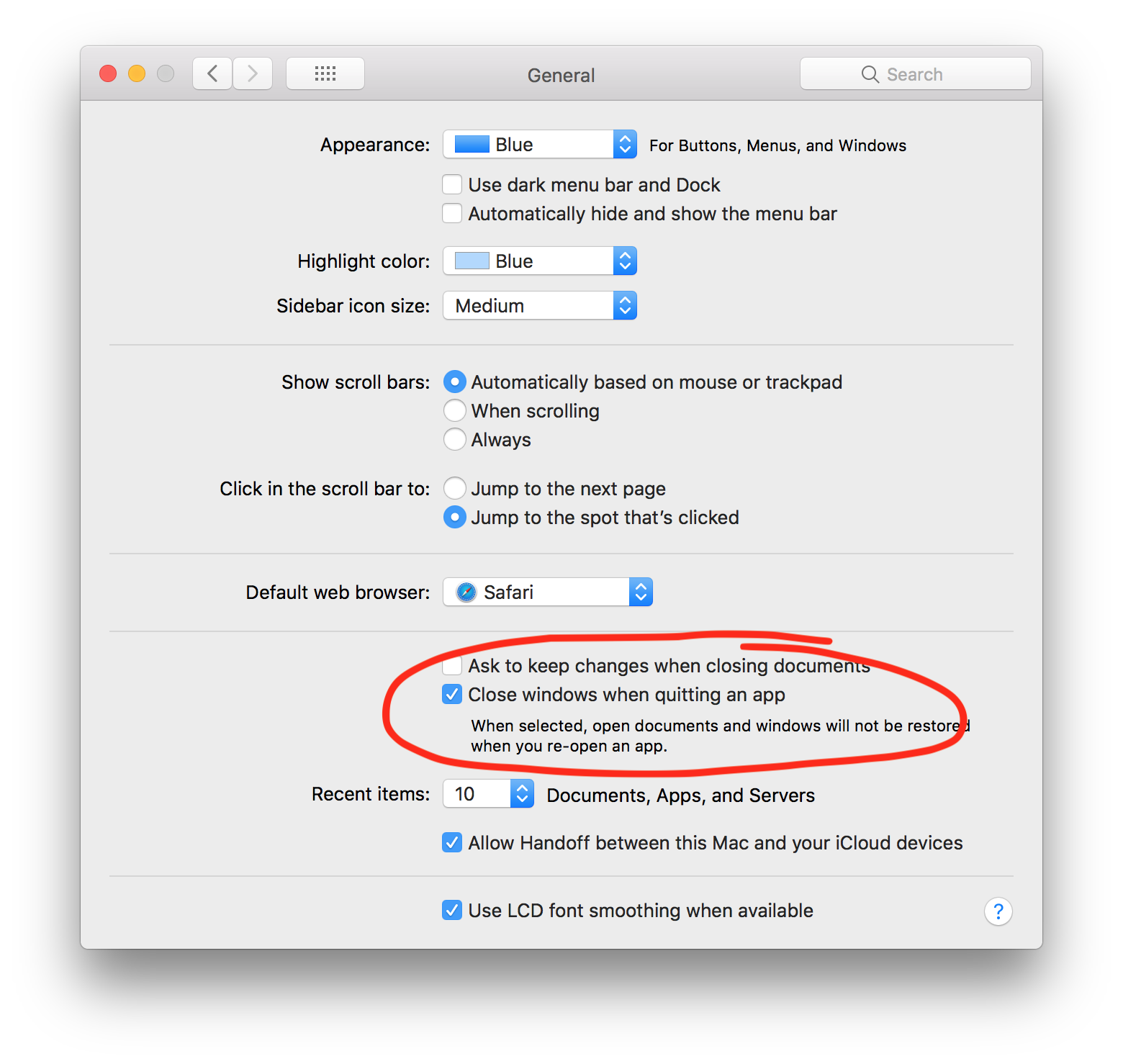 Unchecking that box will cause closed applications to remember their open windows and their content, and to reopen them when you restart the application.

Alternatively, if you prefer to enable this feature only for Safari, you can select "Safari opens with: All windows from last session" from the "General" tab in Safari preferences: 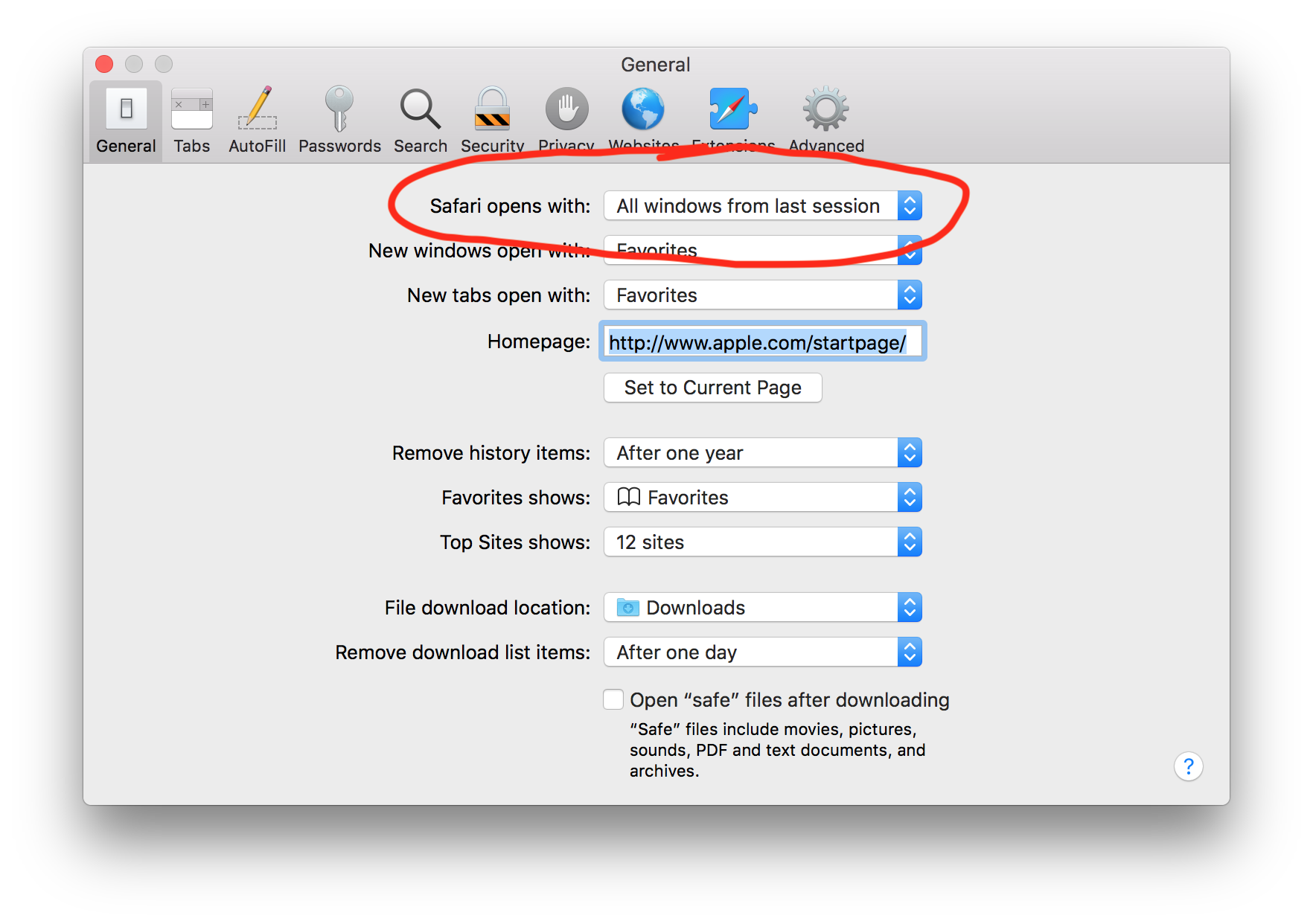 Note that this Safari-specific option is hidden when the general "Close windows when quitting an app" System Preferences option is unchecked, since it would be redundant in that case. 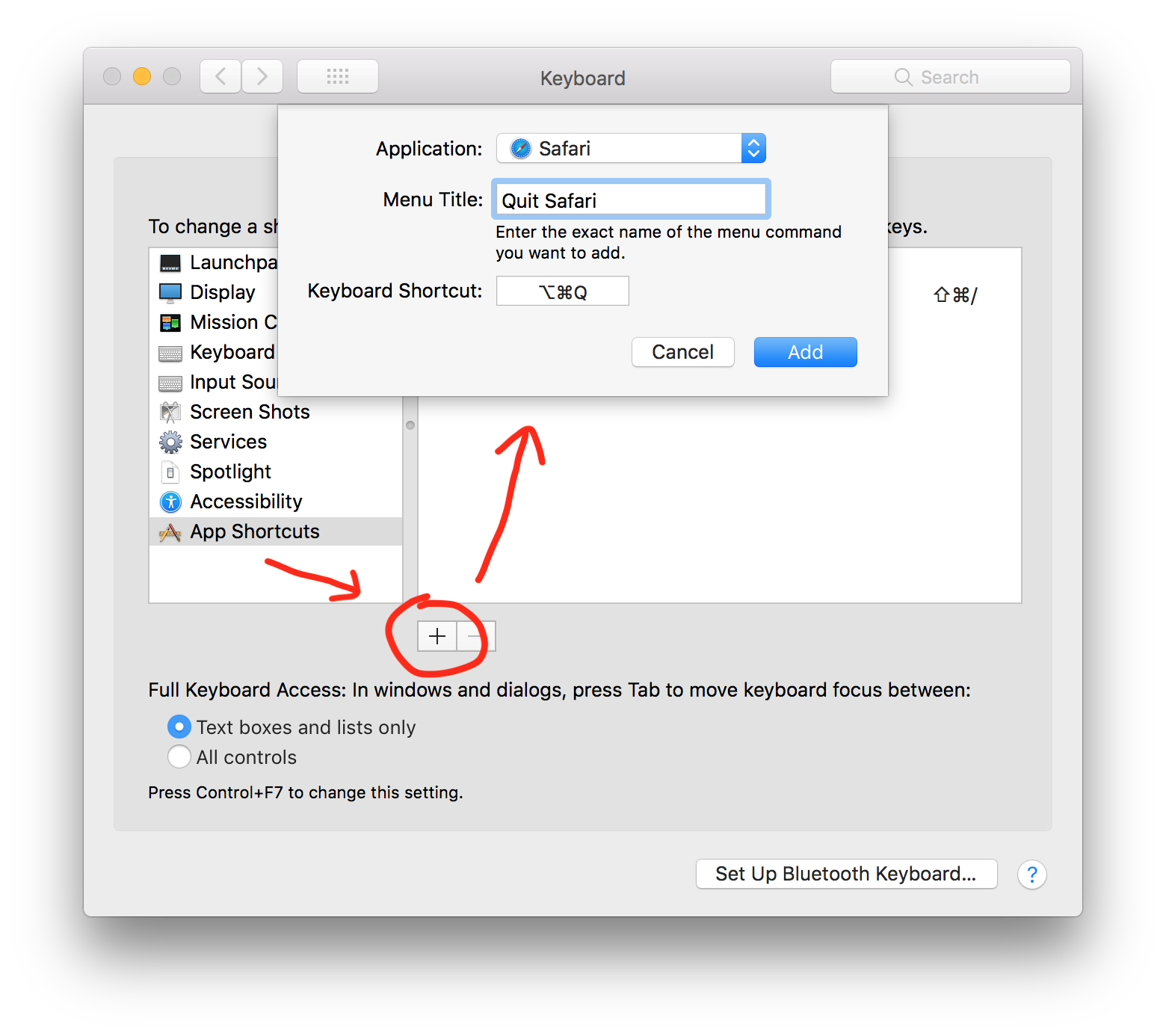 Unfortunately, AFAIK there's no easy way to rebind the same shortcut for all apps, since the name of the menu item is obviously different for each app.

Safari will prompt if you've edited a text field but not submitted the form yet.

Otherwise, you can get back to where you were after an accidental Quit by going to History > Reopen All Windows From Last Session.

4
Modifying Safari for Fluid
1
On Linux and Mac OS X, is there a kill or killall command that can let the app ask for unsaved document before exiting?
2
Disable word completion dialog when pressing escape in Safari
1
Safari 5 on 10.6 remove 'Add Bookmark' button from location bar
2
Safari bookmarks sidebar
3
Safari forces user to select client certificate even if it is optional
6
Unreliable Google Docs copy-paste in Safari
1
Mac shortcuts for Finder and Safari