I use Chromium, but it can't display Japanese characters, as you can see in the picture. 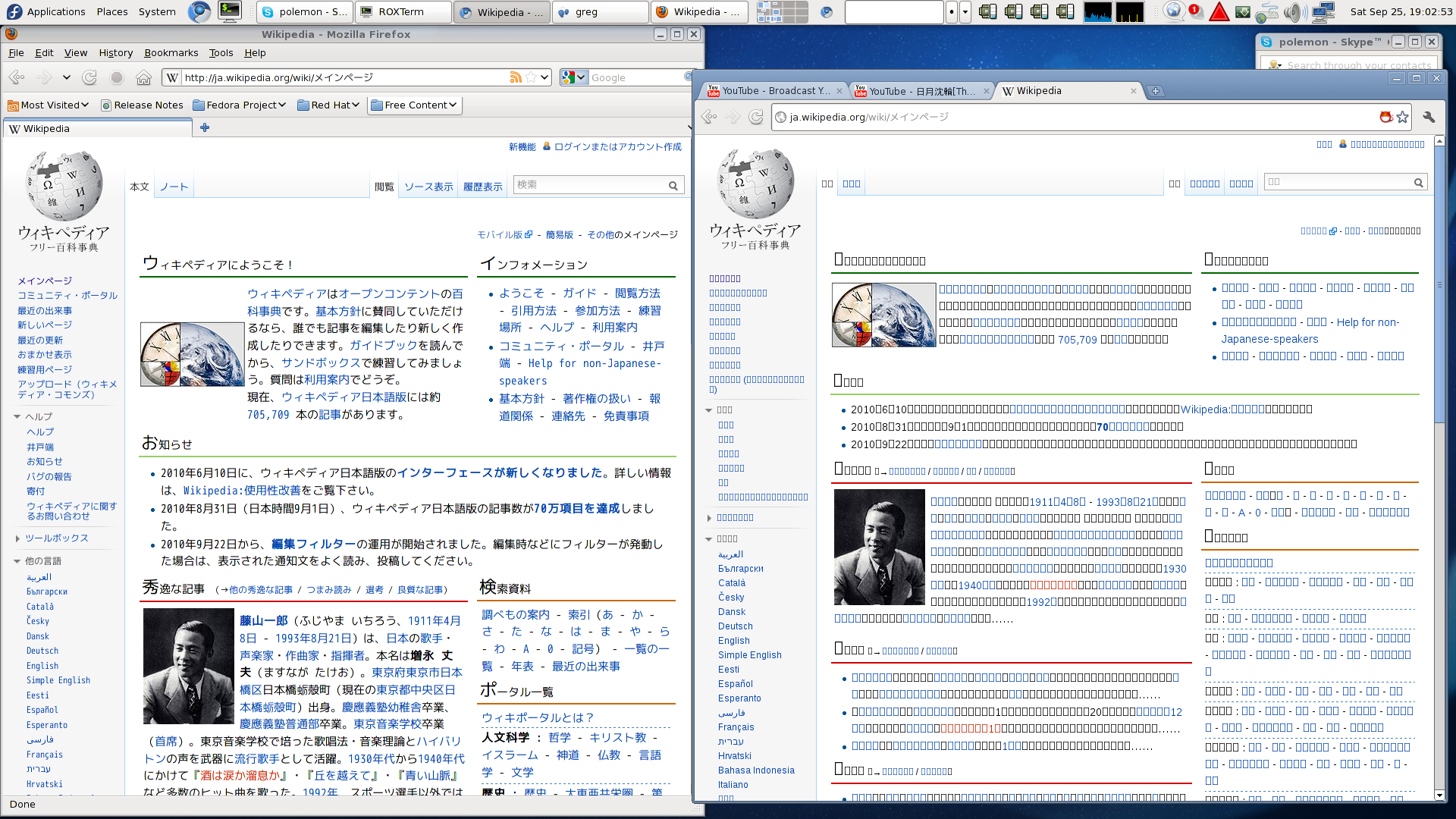 Left is firefox, as you can see, it displayes the characters correctly. Chromium is on the right.

This is Fedora 13, with all browsers and fonts installed from Repositories.

There is a known problem - Issue 7160: Wrong font for Japanese characters in English language Chrome, dating from January 2008 but unfixed until today.

Only workarounds contributed by users are available, none of which is perfect and some contradict each other. It seems that the only real solution at the moment is to keep on using Firefox.

This yields the correct glyphs for all Japanese sites. English looks as usual in Sans-Serif (most of the Web), but a bit harder to read in Fixed-Width and Serif.

Since I'm in Japan (but I would rather use English), google defaults to the japanese site. On this, all the text becomes squares. However, I installed Droid font from AUR. It comes with Japanese font, and that fixed it. Now when I go to google, I can actually read the Japanese webpage

Workaround 3 : How to display Japanese characters in Google Chrome/Chromium?

For the record, it appears that the sazanami font packages will provide the support needed. On Fedora 29 the proper fonts can be installed using this command:

Not the answer you're looking for? Browse other questions tagged fonts chromium fedora-13 or ask your own question.

22
Emoji characters not displaying correctly on Windows 7
2
Japanese characters has Chinese fonts
22
Why does Chromium connect to Google on startup?
8
No Flash Player in Chromium on OSX
1
Why do my PDF fonts look different in Firefox and Chromium?
3
PDF characters missing in Atril and Evince, but present in xpdf and Chrome
1
Incorrect Display of Hangul (Korean) Characters After Update to Fedora 32